When we first see high schooler Gili (Sivan Levy) in Israeli director Johnathan Gurfinkel's debut feature "S#x Acts," she is a vibrant, impish girl with big soulful eyes and a people-pleaser manner. The camera loves Levy, who could be Marion Cotillard's shy younger sister, and Gurfinkel lingers on her beautiful, expectant face as Gili stealthily goes after Tomer (Roy Nik), a boy who seems as shy and furtive as she does. Gili pursues Tomer a bit, and Tomer lets himself be pursued, falling into a casual and low-impact sexual encounter with her in an isolated, elevated spot while his friends wait for him in a parking lot down below.

The first word in the title of this film is supposed to be "Six" rather than "Sex" because it is laid out, so to speak, in six parts, and that bait-and-switch with the title offers a clue to where this story is going. It is clear that Gili likes Tomer, but when she finds herself at a pool with him and his aggressive and attractive friend Omri (Eviatar Mor), she allows herself to be talked into some fairly serious dry humping with Omri while Tomer passively watches. Omri is a confident, take-charge, sexy guy, on the surface, with a smile that seems made to vanquish all comers, but the way he "playfully" talks Gili into acquiescing to his desires is just a shade too coercive for comfort.

Gili allows herself to be used for sex in a very passive way, and her passivity extends to other things, too. When Omri takes her out with Tomer and asks her what she wants to drink, she goes into a whole passive aggressive routine of not caring what he brings her. The porn-watching boys in their social circle begin to talk about Gili with contempt, but she tries to leverage her new reputation into some small measure of power in her own social circle of girls, who make fun of her cheap clothes behind her back but seem genuinely impressed that she has "done it" with both Omri and Tomer.

Gili goes further sexually with Omri while Omri's friend Barel (Tal Grushka) watches and tries to get himself a small piece of the action. And then things get worse and worse for her. By the midway point of "S#x Acts," we keep waiting with dread for something really bad to happen to the small-framed Gili as she navigates all of these groups of horny guys, but Gurfinkel is more interested in charting the smaller humiliations she suffers, and how they start to accumulate. He shows us just one scene of her home life in a dreary apartment, with her Dad passed out sleeping on a couch, and this makes for a telling contrast when he finally reveals where Omri lives, in a palatial house that oozes money and privilege.

There is a class basis to this story, and to the way that Gili just tries to make the best of things. The tragic part of the film is how her energetic youthful beauty starts to fade into sulky, low-level anger as these boys treat her more and more like dirt. There appears to be no ready exit for poor Gili, and the final scene hints at her future in a very clever and restrained way. Probably a lot of people who see this film will get fed up with Gili's passivity, but some people in life are passive in a way that feels like a defiantly inactive reaction to ill treatment. These boys don't view her as a person with feelings, but Gurfinkel's film does. 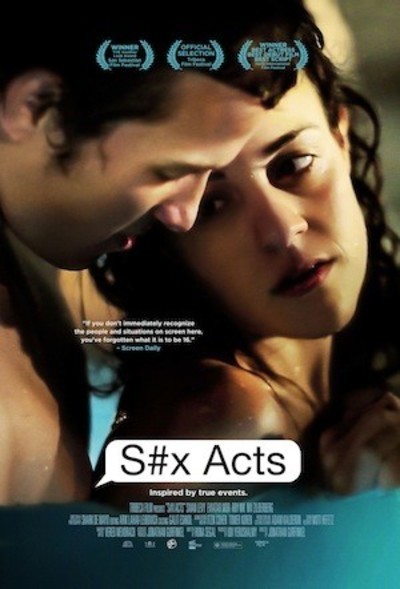