The kids of “Swim Team” often find themselves as outcasts in ordinary society. They’re teenagers on the autism spectrum, which can make learning and connecting with others difficult.

But in the pool, they’re majestic. They feel as strong and speedy as dolphins and whales. They feel a sense of purpose as individuals and unity as a team. Most importantly, though, they feel normal.

Director Lara Stolman explores this paradox—that these young men must submerge themselves in the water to emerge as the best possible versions of themselves—with her modest documentary feature debut. Stolman is a longtime TV news producer who’s experienced enough to let the film’s drama unfold naturally and in understated ways. “Swim Team” is a sports movie full of familiar highs and lows, great expectations and come-from-behind victories. But it’s also an intimate drama about families struggling to create happy, successful lives for their children, something any parent can relate to from any walk of life.

Stolman tracks the inspiring rise of the Jersey Hammerheads swim team, based in Perth Amboy, N.J. Their coach and co-founder is Mike McQuay, a contractor by day who formed the team when his son, Mikey, learned how to swim—a crucial skill for autistic kids—and revealed a knack for the sport.

New Jersey has the highest rate of autism in the country, “Swim Team” informs us, with one in 26 boys being diagnosed on the spectrum. So McQuay and his wife, Maria, created the team as an outlet for their son and other kids like him, with the understanding of the inherent challenges in store for them. Some team members had never been in the water before; many have sensory issues regarding touch or sound. The coaches’ unwavering kindness and patience is astonishing to behold.

When we first meet Mikey, he’s a high school senior who’s proud to show off his extensive stuffed animal collection. He’s not quite ready for college or a job, and his parents worry about what will become of him once he turns 18. Mikey is aware of the potential obstacles that come with autism, too; the memory of him asking his father, “Why did God make me different?” causes Mike Sr. to tear up in one the film’s many moving moments.

By contrast, there’s Mikey’s teammate, Robbie Justino, who doesn’t know he’s autistic. A high school junior, Robbie reads at a fourth-grade level. His single mom—who dropped out of college to raise him—tells us in quiet, concerned tones that while Robbie is friendly, he has no real friends. He’s clearly a leader, though: Swimming two hours a day, six days a week for two different teams, he’s the one who gets his teammates pumped up before each meet.

Then there’s Kelvin Truong, who’s been diagnosed with both autism and Tourette’s syndrome. He struggles to manage physical and vocal tics as well as the anger and frustration he feels when he can’t control himself, especially in public. His mother sweetly and matter-of-factly takes us on a tour of the family’s two-story home, where colorful posters line the walls to cover up the many places where Kelvin has punched holes in them. She maintains a smile as she talks about the daily realities of life with her 22-year-old son, until the heartbreaking moment when her façade cracks at the memory of him slamming his head into a wall.

Stolman has gained the trust of these families, resulting in an intimacy that’s both insightful and disarming. It feels like a privilege to get to know these folks—to share in their private moments as well as their pride. The result is a film that’s both eye-opening and heart-opening, with ordinary rites of passage like graduating from high school and getting a first job feeling like monumental accomplishments. The big competition that would serve as the climax of a standard sports movie—when the Hammerheads make it to the state’s Special Olympics summer games—is just the sweetest cherry on top. 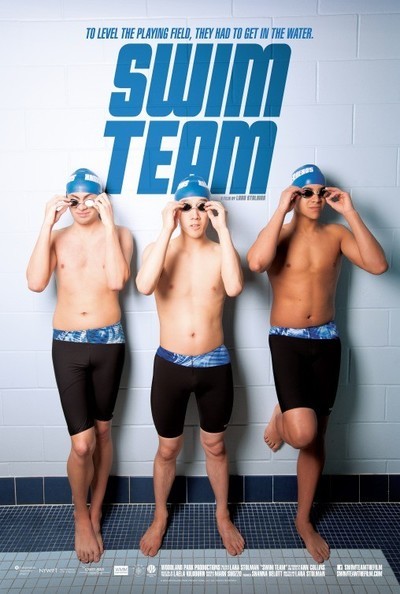