“At least I understood one thing: We can’t turn back. We can only move forward.” So observes one of the heroines of “Summertime” (the original French title of which, “La belle saison,” is entirely more apt and evocative) at the very end of the movie. This simple and admirable film, directed by Catherine Corsini from a script by the director and Laurette Polmanss, looks back at the early 1970s in France, beginning with a scene of rural life at its most sun-dappled and sweaty. Teenage girl Delphine (Izïa Higelin) helps her farmer dad (Jean-Henri Compère) mow and bale hay. During their labors, dad speculates on Delphine’s personal life, to which she responds “I don’t want to get married. I don’t want to.” He asks if she’s seeing any boys, she truthfully says no, and then asks what she does when she goes out for late night walks.

Delphine’s love interest is another girl, and on a late night a little while later, that girl tells Delphine she’s getting married. Soon enough, Delphine just up and moves to Paris. She takes a dingy cold-water flat, and finds herself diverted one afternoon by a group of attractive, cheeky young women who are pinching male behinds on the street. These inchoate feminists are up to more than just impromptu provocateur performance art, and Delphine, intrigued, joins up with them. And additionally she takes an interest in Carole (Cécile De France) a charismatic blonde whose apartment—which she shares with a bearded, politically sympathetic boyfriend—is one of the group’s meeting places.

This event, at least initially, proves a mere speed bump. Despite her desires, Delphine has a deep connection to her family and their land, and she resolves to more or less take over the farm as her dad convalesces—it seems unlikely that he’ll actually recuperate. In short order, Carole joins her, and while Delphine advises her lover that they’re going to need to “cool it” somewhat, soon they’re making love outdoors and chasing the cows in the nude. It’s pretty edenic for a while.

But it can’t last, in part because it never does. Although suspicious locals and a tetchy wannabe boyfriend of Antoine (Kévin Azaïs) occasionally look at Delphine and Carole askance, the apple cart is not upset in any standard Hollywood way; there’s no call here for didactic speeches about people loving who they want or any of that sort of thing. The movie is so relaxed in its storytelling, and so committed to a certain level of realism, that it frequently feels deliberately anti-dramatic. And its realism extends to the point in the film at which the penny drops.

The performances in the picture are all solid, but what makes “Summertime” really refreshing is that it doesn’t treat its central romance as anything but wholly normal, despite the attitude of other characters, or indeed, the tenor of the time in which it is set. There’s a distinctive formal difference, too, in the way this film’s sex scenes are shot and edited and the way those of another recent French drama about a lesbian love affair, “Blue Is The Warmest Color” were. In “Summertime,” Corsini conveys an ardent eroticism without even a hint of attempted titillation. In that sense, this memory play is a kind of object lesson in moving forward. 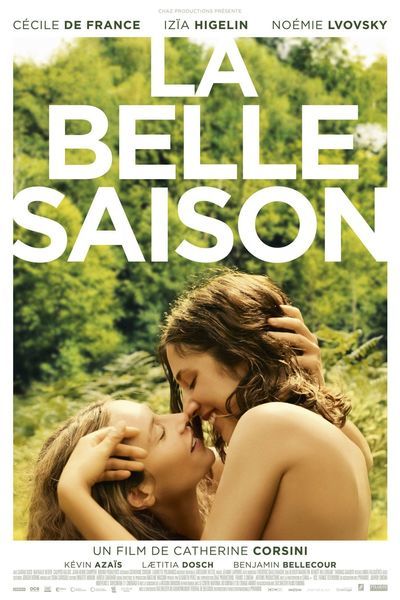