But it is not easy to do it well. And that is the problem with “Summer of 84,” a modest little suspense puzzle that simulates rather than builds on vastly better “my neighbor may be a murderer” stories from “Rear Window” to “Stranger Things.”

“Even serial killers live next door to somebody,” Davey Armstrong (Graham Verchere) tells us in an opening voiceover as we see him riding his bicycle to deliver papers to homes in an idyllic-seeming suburb. “If I’ve learned anything it is that people hardly ever let you know who they really are.”

That is the theme of just about all mysteries and thrillers. Which of the ordinary-looking people around us is capable of the most despicable acts of violence? What does that say about ordinary people like ourselves, and what we may be capable of? Can we be reassured by a sense of control in solving the mystery?

There is something especially compelling about asking these questions from the perspective of kids in their early to middle teens, as in “Super 8,” “Stranger Things,” “Disturbia,” or “Fright Night.” It is a heightened version of what all adolescents go through as they first begin to question what they have always taken for granted. They are first beginning to feel doubt and mistrust of what grown-ups have told them but they have not yet figured out how to evaluate the information they have and the people who provide it.

Davey and his friends are young enough to feel newly aware of danger around them and also young enough to think they can and should investigate themselves. Davey says, “What else could possibly be this exciting?”

If only we could share his sense of discovery. But we’ve seen so much of it before. Davey has three friends who hang out in a clubhouse to speculate about girls, about whether Ewoks could defeat Gremlins, and about the local mystery—boys their age have gone missing.

The characters are barely sketched in. One of Davey’s buddies is a tough guy in a leather jacket who talks about sex a lot but does not talk about the domestic abuse in his home. Then there’s one friend with glasses so we know he can look things up on microfilm. And there’s also a fat kid because there is always a fat kid.

Davey has a crush on his former babysitter and spies on her when she’s getting undressed. Improbably, when her parents decide to get divorced, she turns to Davey for support, and so she gets caught up in the mystery of the missing boys, too.

Davey suspects his neighbor, a cop named McKay (Rich Sommer). His friends respond with enthusiasm, more because it sounds like fun than because it is especially plausible. This leads to numbingly generic thriller dialogue: “This is the most exciting thing that’s ever happened to us.” “That was way too frickin’ close” and even the unforgivable “I’ve got a bad feeling about this” and “Nothing was ever going to be the same again.”

Sommer makes some thoughtful choices as McKay, his performance intriguingly balanced between polite loner and creepy loner. But the script is underwritten, with too many fake-outs and an unearned zigzag at the end.

It is not the eerie suspense of digging up the suspect’s garden or the jump-out-at-you surprises that make a thriller. It is some connection to the characters and some stakes in the outcome. This film stays on the surface, imitating thrills, not delivering them. 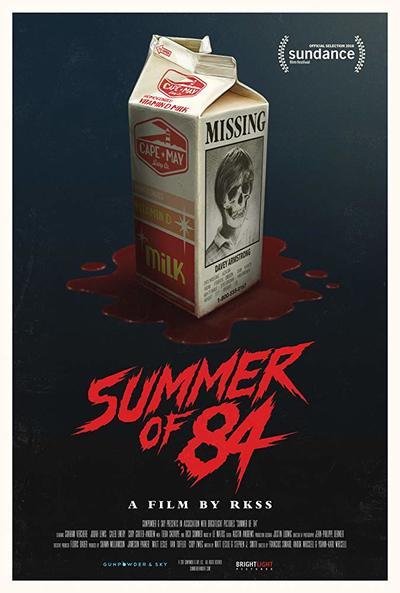