The original "Alien" belongs on a short list of the most-imitated films of all time. The latest spawn of Ridley Scott's 1979 genre-bender is "Stranded," starring Christian Slater as the commander of a moon base that's pelted with meteorites and plunged into darkness. Directed by Roger Christian—of "Battlefield Earth," alas—it's got all the Scott-ian tells: cramped corridors festooned with panels and pipes; slimy, toothy creatures; freaked-out crew members in spacesuits muttering "Carbon monoxide's off the charts!" When the movie's not reminding you of "Alien," it's reminding you of "Aliens" and "Event Horizon" and John Carpenter's "The Thing" and other works in this vein. What it's not doing is making you care about the characters, or anything that happens to them.

About those meteors: they might contain a contagion that's using the base's crew for its own slimy, scary ends. When a science officer probes a recovered meteorite fragment, contact with oxygen releases a mass of gooey brown cells with the texture of melted peanut brittle. These rocks from outer space might be the opening wave in an "Invasion of the Body Snatchers"-style alien invasion-by-infestation. Then again, they might just be meteors, and the horrific images that unnerve the crew and turn them against each other could be hallucinations sparked by a carbon monoxide leak.

Seriously, though: I can't think of many recent science fiction-horror films that play the "Is the horror real or just hallucinated?" card without coming down on the creature-feature side. Can you? To its credit, maybe, "Stranded" doesn't waste much effort convincing us that we're not watching the kind of film that we're watching: a body-horror movie about the fear of being psychologically or physically penetrated, our minds and bodies deformed, cloned, raped, forcibly impregnated or otherwise befouled.

I'm making it sound as though "Stranded" contains ideas. I shouldn't, because it doesn't. It's mainly a demonstration of how much production value a movie can generate through strategic flashes of gore and slime and acres of screen darkness. (The blackout provides instant haunted-house atmosphere while hiding the film's low budget.) Christian's first major production credit was as the set decorator on the original 1977 "Star Wars." He has an exploitation filmmaker's ingenuity. The film puts every meager dollar onscreen, as the studio bosses of yore used to snarl, their capped teeth clamped around wet cigars. The moon base panoramas and monster effects are charmingly analog—little triumphs of model shop hustle—and I laughed out loud at the mid-'80s drive-in audacity of ending a cheap, dramatically thin picture with an epilogue that promises a sequel.

Unfortunately, cleverness and chutzpah have no lingering impact if you aren't invested in a movie's characters. Unlike most of the films it visually evokes, "Stranded" doesn't have any characters, just expository mouthpieces with names and uniforms. When Christian, who cowrote the script with Christian Piers Betly, drops us right into the tale by starting with the meteor shower, it seems like a heartening sign: cut to the chase. But when the opening action sequence ends, you expect the film to back up or at least circle around eventually and tell us who these people are, and it never does.

The cast performs heroically considering how little they have to work with. The standout is Amy Matysio as Ava Cameron, the first astronaut to be affected, or infected. As the lone woman in an otherwise male cast, she's tasked with dramatizing much of the ick-and-boo material, and she's so ferociously committed that you'd think she's playing Joan of Arc. She belongs in a better movie. Or a movie. 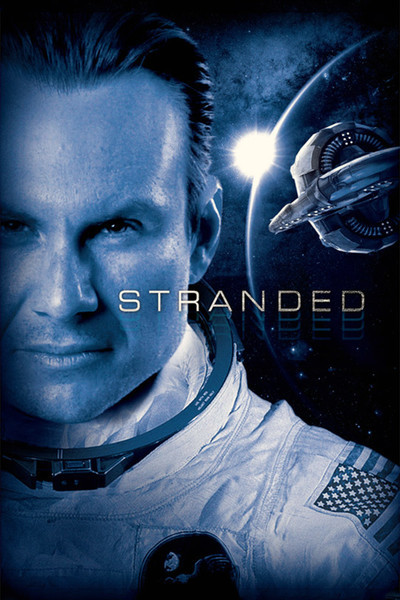