This is an undeniably powerful, upsetting movie. Directed by Laura Fairrie, a British documentarian, “Spiral” examines the rise of anti-Semitism in contemporary France, while drawing parallels with rhetoric and actions occurring in Great Britain and our own country. In onscreen texts at the film’s opening, the movie speaks of a “cycle of fear, hatred and violence.” It notes that in one year alone, 7,000 French Jews left France for Israel.

The film’s segments depict various individuals and families. It begins with Julian, a Paris lawyer, who, in September of 2015, is seen in his office preparing a case. He discusses the Charlie Hebdo massacre, and a subsequent attack on a kosher grocery store. He cites bombings of Jewish businesses. Heartbreakingly, he notes that in one terrorist attack it was the first time that Jewish children had been killed in such a way since World War II.

The film moves to Buttes Chaumont, to film the Durans, a family packing to leave France for Israel. Later, once settled in, the family’s oldest son discusses with his parents why he’s pleased to join the IDF (which is mandatory for him anyway): “I’m not just protecting Israel, I’m protecting all Jews.” In Sarcelles, a community worker named Nabil expresses frustration at Jewish segregation. A bearded schoolteacher, François, is the interviewee who provides the movie with its title: “The fracture is so big, it is like a spiral.”

As the film goes on, Fairrie tightens the threads that, as it turns out, unite many of the people depicted here. François teaches at a school in the neighborhood where Nabil feels hassled. Julien is preparing a case against Dieudonné. And so on.

The anecdotal, multi-narrative approach is useful in personalizing the phenomenon, but the movie still brought me up short. The approach also has liabilities. I wanted more context, more history. Fairrie has a fairly lengthy classroom sequence in which François instructs his Jewish students in how, as bad as things are, they might not be as bad as they’ve been. But things are bad, and they’re getting worse. Some input and analysis from experts, some focused grillings of public figures, would certainly have been welcome. While Fairrie includes terrifying audio of the “You will not replace us” chant that neo-Nazis in Charlottesville screeched in 2017, the movie doesn’t bring up France’s National Rally party or its leader Marine Le Pen. More expansiveness and sharper focus would have made “Spiral” even more upsetting. And that would not have been a bad thing. 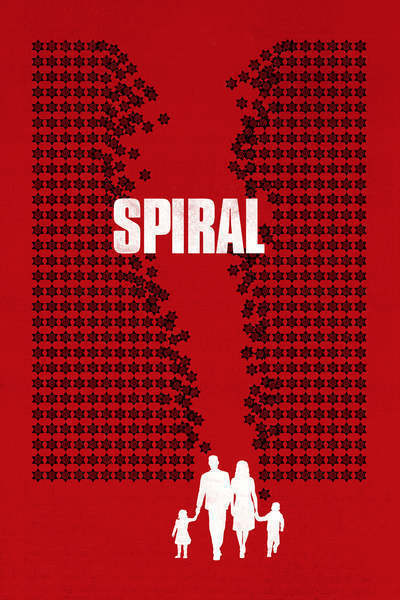 Dieudonné as Himself (archive footage)

Richard Spencer as Himself (archive footage)