Sometime Other Than Now

"Sometime Other Than Now" is a frustrating watch—it keeps teetering on the brink of almost being good but never quite makes it. I never thought I'd miss the skill (if not depth) of Nicholas Sparks, but here we are.

As in Sparks' stories, we find ourselves by the Atlantic Ocean, with characters who long for love and struggle with loss, gazing sadly out at the water. So, the story has a solid, if familiar, structure, with one of storytelling's most enduring themes: redemption. It has a beautiful, New England oceanside setting, lovingly photographed by Christopher Walters. It also has a cast of gifted actors who do their best to bring some authenticity to the characters, but they are let down by a thin script from writer/director/composer Dylan McCormick.

We first see Sam (Donal Logue) sleeping on the beach, as though he just washed up there. He walks along the highway and stops at a little cafe, where Kate (Kate Walsh) is cleaning up. She also runs the small Sunset Motel next door (do you think that name could be symbolic?), and Sam needs a room. Although he has no ID or credit card, he does have a roll of cash and nowhere else to go, so she lets him check in. They are both lonely people, vulnerable but resistant to relationships.

Sam fixes Kate's hinges and re-hangs a screen door that kept falling off the frame. There's a nice little moment between them when she gingerly says, "Thank you?" not sure how to navigate the boundary between business and favor. He responds by mirroring her tone: "You're welcome?" Walsh, especially in the film's first half, makes the most of a barely sketched-out character, showing us her struggle for a performative cheery professionalism with customers, helping her hide even from herself how lonely she feels.

Kate has just been fixed up with Tom (David Aaron Baker), a bit of a wine snob and a lawyer whose bragging sounds like he is still summing up to the jury. Sam is scruffy looking to the point of homelessness and barely speaks, but he stands up for a young woman with an abusive boyfriend and drinks beer on the beach, and don't forget the hinge repair, so it is Sam that Kate decides to sleep with. He confides in her what he says he has never told anyone. He has come to town to try to see his grown daughter for the first time since she was a child.

So, we all know where this is going. It just never gets very interesting on the way there. Maybe we've all seen too many Sparks (and Hallmark) movies, but we cannot help expecting to understand who these people are, how they got so far from what they thought they were going, and what is keeping them from moving forward. We learn that Kate gave up being a lawyer to come home and help out with her father's business. Normally, revelations like that become meaningful later on; either she has to draw on her legal skills to resolve some conflict or she realizes that labor law was not as fulfilling as she had hoped.

We also learn that Sam's situation at home may be more stable than we might have thought. But there's no basis for this discovery. Indeed, it's so disconnected from everything we have seen before that it is distractingly random.

The supporting characters, a warm-hearted bartender and a shy garage mechanic, are even more thinly drawn. Trieste Kelly Dunn makes Sam's daughter Audrey the closest to a three-dimensional character in the film. The script gives her a range of emotions and a monologue, in which she explains her longing for the father she once felt close to, while not wanting to let herself—or her daughter—experience another abandonment. It's one more point where the movie almost comes to life but never quite gets there.

If you want a treat, watch Logue and Baker in the delightful "The Tao of Steve." But pass this one by. 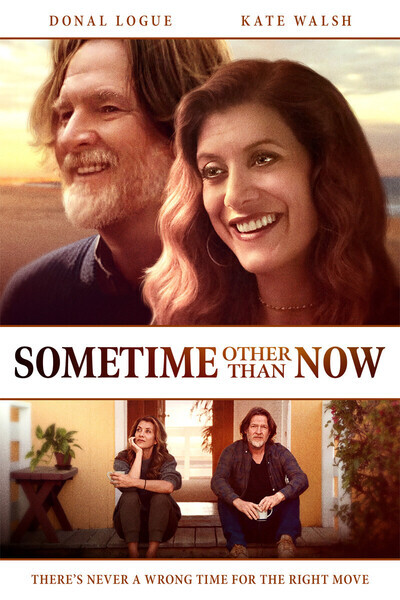