Some Kind of Beautiful

For Pierce Brosnan completists only—go ahead, raise your hands if you're one of them, this is a safe space—"Some Kind of Beautiful" is a handsomely produced movie full of likable actors that conjures nothing but tedium. A couple of hours of air conditioning, nothing more.

Brosnan plays Richard Haig, a dashing fiftysomething professor of Romantic literature at Cambridge whose practices one of those dippy Hollywood movie versions of literary analysis where every word out of his mouth sums up his philosophy of life and gives us insight into his mental state. His serial cherry-picking of gorgeous young female students is interrupted when he finally gets one of them, a visiting American named Kate (Jessica Alba), pregnant. Richard's father (Malcolm McDowell), also a womanizer, shows up to be allegedly-shockingly foulmouthed-adorable; upon his grandson's birth, he christens him "a little turd."

Richard moves to Los Angeles to live with Kate and settles into one of those big glassed-in Malibu houses that only a mogul or drug lord could afford. This turns out to be a not-too-good idea: Richard can't get a job, a visa, a passport, anything, and after a while Kate gets restless and starts cheating on him with a younger man (Ben MacKenzie of "Gotham" and "Southland") and leaves him. Enter Kate's half-sister, Olivia (Salma Hayek), who stops in at Kate's request to check on their son. Richard realizes he has much more in common with her (including relative age-appropriateness) than he ever did with Kate. And blah, and blah, oh, look, there's that pen I thought I'd lost, it was right there on the desk the whole time.

Matthew Newman's script could be written off as merely sexist if it didn't make the men seem like petty, stupid people, too. Tom Vaughan's direction is serviceable at best, inept at worst, and there are a few scenes that don't play right because the camera is objectively in the wrong place. Watch the scene where Richard and his now toddler-aged son eat in a restaurant and the boy looks out the window and sees mama with her new boyfriend from a point-of-view on the other side of the table: there's no way the kid could see from that angle unless he has eyes on three-foot extendable stalks. It's difficult to feel sorry for such good-looking, impeccably dressed lead actors, but this film makes it possible. There isn't a line or moment where you don't feel their strain from trying to make something out of nothing.

Complications ensue even if you'd rather they didn't. Olivia's gynecologist husband leaves her, a new romance brews, Richard can't really get it started because he's having such trouble with immigration, Pierce Brosnan realizes he's been coasting on his looks in too many recent films and makes a vow to never do that sort of thing again and wins an Oscar before his 65th birthday for playing a supporting role of real substance, oh sorry, that was my fantasy, but now my fingers have seized up in rebellion against using any more precious glucose molecules to write this review when it's such a nice day out. See you at the park, maybe. 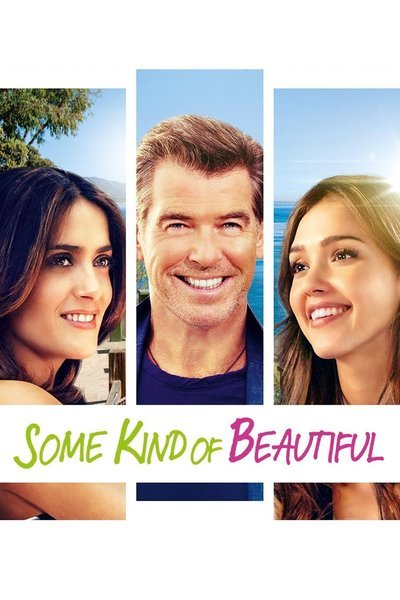