The movie is an exhausted retread of the old campus romance gag where the pretty girl almost believes the lies of the reprehensible schemer, instead of trusting the nice guy who loves her. The only originality the movie brings to this formula is to make it incomprehensible, through the lurching incompetence of its story structure. Details are labored while the big picture remains unpainted.

"Slackers" should not be confused with Richard Linklater's "Slacker" (1991), a film that will be treasured long after this one has been turned into landfill. "Slackers" stars the previously blameless Devon Sawa ("SLC Punk!," "Final Destination") and Jason Schwartzman ("Rushmore") as rivals for the attention of the beautiful Angela (James King, who despite her name is definitely a girl). Schwartzman plays Ethan, campus geek; Sawa is Dave, a professional cheater and con man. Ethan obsesses over Angela and blackmails Sawa by threatening to expose his exam cheating scheme. He demands that Dave "deliver" the girl to him.

This demand cannot be met for a number of reasons. One of them is that Ethan is comprehensively creepy (he not only has an Angela doll made from strands of her hair, but does things with it I will not tire you by describing). Another reason is that Angela falls for Dave. The plot requires Angela to temporarily be blinded to Ethan's repulsiveness and to believe his lies about Dave. These goals are met by making Angela remarkably dense, and even then we don't believe her.

Watching "Slackers," I was appalled by the poverty of its imagination. There is even a scene where Ethan approaches a girl from behind, thinking she is Angela, and of course she turns around and it is not Angela, but a girl who wears braces and smiles at him so widely and for so long we can almost hear the assistant director instructing her to be sure the camera can see those braces.

But back to the dirt. There is a kind of one-upmanship now at work in Hollywood, inspired by the success of several gross-out comedies, to elevate smut into an art form. This is not an entirely futile endeavor; it can be done, and when it is done well, it can be funny. But most of the wannabes fail to understand one thing: It is funny when a character is offensive despite himself, but not funny when he is deliberately offensive. The classic "hair gel" scene involving Ben Stiller and Cameron Diaz in "There's Something About Mary" was funny because neither one had the slightest idea what was going on.

Knowing that this movie will be block-booked into countless multiplexes, pitying the audiences that stumble into it, I want to stand in line with those kids and whisper the names of other movies now in release: "Monster's Ball," "Black Hawk Down," "Gosford Park," "The Royal Tenenbaums," "A Beautiful Mind," "The Count of Monte Cristo." Or even "Orange County," also about screwed-up college students, but in an intelligent and amusing way. There are a lot of good movies in theaters right now. Why waste two hours (which you can never get back) seeing a rotten one? 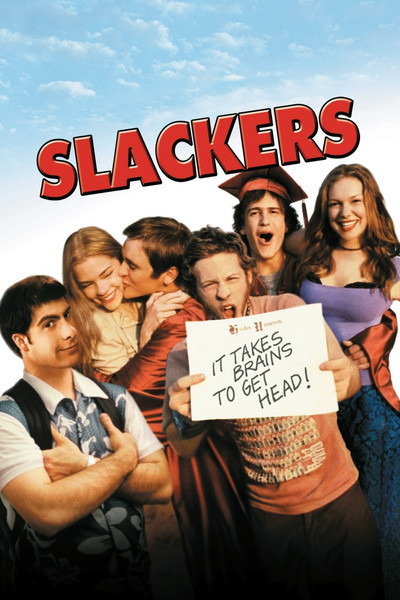 Rated R For Strong Language and Sexual Content, and Brief Drug Use