When Fabienne Berthaud’s “Sky” opens, we’re with a French couple in a black Mustang convertible flying across some cinematically over-familiar scenery in the American West. There’s desert, cactus, blazing sun and endless sky. Bad rock music blasts on the soundtrack. Her blonde mane flutters in the wind as she leans back in her seat. She has a camera and they sometimes stop for her to take photographs. He’s the kind of guy who thinks he looks tough, and no doubt does—on the banks of the Seine.

These first few minutes suggest a particularly risible kind of bad European movie: the kind where the characters come to the far West of the U.S. and encounter little beyond clichés and boorish melodramatic situations from the realm of cultural fantasy, much of it of course deriving from a lifetime of watching American movies. Are the French especially prone to this kind of unintended silliness? “Sky” almost seems determined to prove they are.

The thing is, it’s also the sort of awful movie that in some ways isn’t half bad. Its craftsmanship is solid throughout. The acting is decent, sometimes better. And it has the advantage of many road movies in that its constant movement, changes of scene and unexpected twists at least keep you awake. Better this, you think, than the same nonsense played out over Gauloises in a cramped Left Bank apartment.

The screenplay’s lameness, though, announces itself early on. In a scene that obviously references one in “Five Easy Pieces,” the couple are at a diner and Richard (Gilles Lellouche) grouses “no ice!” at a waitress who brings him a glass of water. It seems to take a long minute for the waitress to return with ice-less water. Then, put out that he can’t have eggs after 11 a.m., he morosely orders a club sandwich and later bitches to Romy (Diane Kruger) about the number of dressings he’s offered.  (She says she like the choice.) You think: is this the best they could do to establish the guy’s Gallic boorishness—blather about ice water and salad dressing?

Granted, his boorishness soon becomes more blatant. That night, Richard gets drunk in one of those archetypal roadside honkytonks that all movies like this have, and chats up two blonde women. Exasperated, Romy returns to their motel room. When Richard comes in, he tries to rape her. She smashes him over the head with a lamp and hits the road, sure that she’s killed him.

Thus does the road movie turn into a solo act. Romy overpays for an old clunker and soon ends up in Las Vegas low on cash. Taken in by a sympathetic aging showgirl (Laurene Landon, in a standout supporting performance), she gets a job wearing a bunny costume and selling photos to tourists alongside two Elvis impersonators. If that conceit sounds about as lame as ice water and salad dressing, well, so it is.

Somewhere in here Romy actually says, “I just want to be free.” For a half-minute you want to believe her, and await a story that details her journey toward self-determination. But then guess what happens. Of course: she meets a guy. A sexy, long-haired park ranger named Diego (Norman Reedus). He invites her up to his room and offers her two hundred dollars. Since she’s wearing a bunny costume, he naturally assumes she’s in business. When she blushingly insists otherwise, he bluntly tells her he only sleeps with prostitutes. It avoids the burden of commitment.

So Romy exchanges a boorish French lout for a hunky American one who’s relationship-phobic? Well, yes: that’s about the sum of it. The rest of the story concerns Romy’s returning home with Diego and trying to worm her way into his life (talk about a thankless task). And this isn’t presented as any sort of examination of some womens’ penchant for making one bad romantic mistake after another. In fact, it seems we’re supposed to read Romy’s journey as somehow worthwhile, even successful: her self-abasement is her self-realization. If that sounds politically very retrograde, a kind of anti-feminist fable, it comes across mainly as bad screenwriting, romantic clichés imbued with a particularly French kind of cluelessness.

As “Inglourious Basterds” proved, Kruger is a very skilled, charismatic actor, and here she carries the movie with some able help from the laidback, laconic Reedus. There are also some good performances in secondary roles from Lena Dunham, Lou Diamond Phillips, Joshua Jackson and Q’orianka Kilcher. Even so, the movie kept reminding me of Albert Brooks in “Lost in America” setting out to bent on “touching an Indian.” And that was before Romy actually ended up touching one. 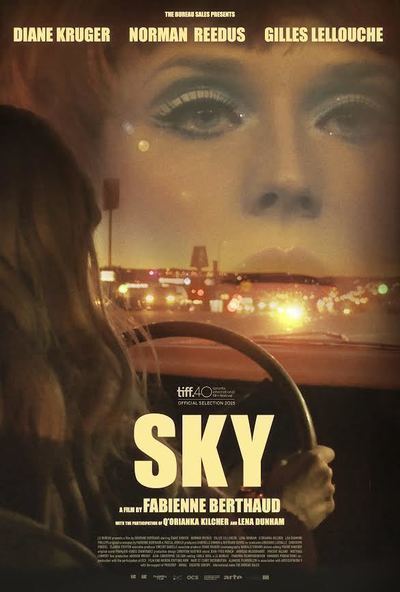