There has been a mini-wave of movies about homelessness at year’s end, probably for the same reason that real estate woes and foreclosures (“Love Is Strange,” “99 Homes,” “5 Flights Up,” “My Old Lady”) have been showing up with some regularity. The shrinking middle class and the increasing diminishment of the American dream can make for compelling drama if handled right.

What was once a source of humor in the greed-is-good ‘80s in such popular comedies as “Trading Places” and “Down and Out in Beverly Hills” is not much of a laughing matter at the moment. But such roles do offer actors a chance to dig a bit deeper into their thespian souls, as is the case with Richard Gere dispensing with his matinee-idol gloss in “Time Out of Mind” and Maggie Smith ditching her Dowager Countess routine in the upcoming London-located “The Lady in the Van.”

As they say in what is left of journalism, three is a trend. And No. 3 just happens to be British actor Paul Bettany’s directing-and-screenwriting debut, “Shelter,” an admirable attempt at presenting a difficult subject that suffers from an eventual pileup of melodramatic happenstances.

At least the first-time helmsman is blessed with two highly skilled and incredibly watchable actors as his leads. Anthony Mackie is Nigerian immigrant Tahir, adrift after his visa has run out, while Jennifer Connelly (who happens to be Bettany’s wife) is heroin addict Hannah, at her wit’s end and ready to call it a day as she ponders jumping off a train-yard overpass.

They both wander the streets of an uninviting Manhattan with dreary alley ways and corners that would never make the cut in a Woody Allen film. Yet they survive, though barely. Tahir entertains the passing hordes with his rhythmic drumming on plastic construction buckets while eliciting donations. Hannah prefers to plop down at a busy intersection and hold up a cardboard sign declaring “I used to be someone” with a paper cup for spare change and occasional cigarettes.

Their fates suddenly become intertwined when he spies his stolen jacket around her waist. His courtly manners and acts of kindness eventually earn her trust, and they become a team. That is when “Shelter” turns into a sort of urban fairy tale as the pair happen upon a magic castle in the form of a luxury brownstone whose vacationing owners left a door unlocked. Fine wine, hot showers, comfy linens and closets groaning with designer clothes allow them to play “let’s pretend” and feel human again, even inspiring Hannah to kick her habit cold turkey.

Posing in a red-carpet-worthy white gown, her pale wraith-like body barely filling out the yards of expensive fabric, she says, “I must look like a zombie Goldilocks.” Tahir, gazing upon her like a besotted Prince Charming in his borrowed suit, declares, “You are more beautiful than I have words for you.”

Yes, love is in the air, but enjoying such creature comforts also has loosened their tongues and their sharing of their painful pasts puts them at odds. Bettany the writer is too quick to undercut the most enjoyable portion of the story to interject a source of all-too-convenient tension between the characters, while tossing the Iraq war and terrorism into the thematic mix. But it is appreciated that Tahir is allowed to express his faith in Allah even if he questions some tenets of his religion.

Soon they are struggling again even as they attempt to better their lives, especially when medical concerns and winter storms enter the ever-bleaker picture and desperation leads to some very bad choices. Bettany the director does find a way to lend a visual poetry to the proceedings, including the use of water as a bonding agent between the couple with scenes of the two kissing in the rain, or a dream sequence of them swimming to the surface together.

But “Shelter” eventually does itself in while subjecting Hannah to some unnecessarily graphic treatment at the hands of an opportunistic doorman, spoiling what should have been a more touching if somber conclusion. What started as an engaging character study falls apart when the cards that Tahir and Hannah are dealt are so obviously and overtly stacked against them at every turn. Even if happily-ever-after wasn’t going to be an option, it would have been nice to feel that fairy-tale glow once again, no matter how briefly.

That said, the fine performances by Mackie and especially Connelly, who generously gives her all including a comic bit that involves her talking like a Munchkin after inhaling helium, ensure that even those put off by the final portion will keep on watching.

There is another saving grace in the form of a dedication that appears right before the end credits: “For the couple who lived outside my building.” At least Manhattan dweller Bettany’s choice of subject matter came from a place of honesty and empathy, and that is to be applauded. 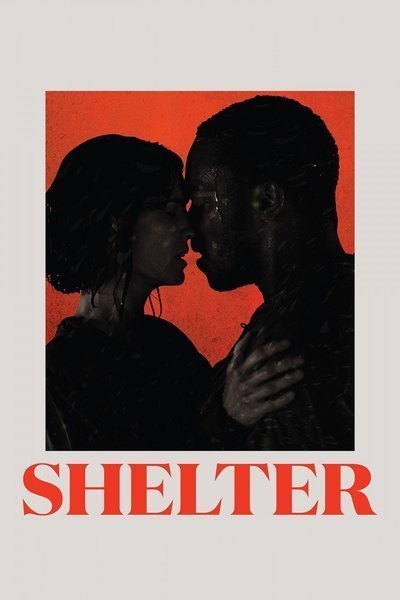