For the first forty minutes or so, “My Old Lady,” the film directorial debut of respected playwright Israel Horowitz, adapting his own play, is a “no problem” proposition. That is to say, because Horowitz is a respected playwright for good reason (his 1960s two-hander “The Indian Wants The Bronx” is, I suspect, still a staple for acting workshops and small theater companies to this day), the writing’s no problem. And because the cast is topped by Kevin Kline, Maggie Smith, and Kristen Scott-Thomas, the acting is no problem. And because the movie is set in Paris, specifically the extremely-suffused-with-conventional-Gallic-charm Marais section of the city, the views are no problem.

The storyline hinges on a peculiarity of French real estate sales. The movie begins with Kline’s character, a put-upon aging American named Mathias (although he prefers a more casual mode of nomenclature, for reasons that become clear over time), coming into Paris full of hope and excitement: his late father, while denying his considerable fortune to his son, has willed him an apartment in Paris. Heretofore penniless and with no prospects—the guy’s got lots of problems—his scheme to sell the apartment for a tidy sum and slough off for the rest of his days hits a snag right away: there’s an old woman living in the place, and she has no intention of leaving. Indeed, she is not even required to leave. That’s where the peculiarity in French real estate comes in. The apartment, which could fetch millions of Euros for Mathias, is a “viager.” The old woman, Mathilde (Smith), an Englishwoman long based in France, was the apartment’s prior owner; the new “owner” can buy the place for a song, pay the prior owner a monthly fee, and inherit the place free and clear once the inhabitant dies. The desperate Mathias immediately starts calculating the likely date of Mathilde’s death, while Mathilde snootily looks down her nose at failure-in-life Mathias. “I’m 90,” she admits early on. “Subtlety is not something that interests me.” Turns out, according to her super-irritated live-in daughter Chloe (Scott-Thomas), she’s 92, but what’s a couple of years between antagonists. The antagonism, of course, has layers, and it doesn’t take a lot of effort to guess that Mathilde is not just someone with whom Mathias’ dad had a business arrangement. These developments turn “My Old Lady” from a comedy of manners and errors into a domestic drama of not inconsiderable depth.

Despite a certain number of plausibility-stretching plot points, particularly concerning the likely motivations of the ever-offstage dead father, and also in spite of an over-busy music score by Paul Mehling, “My Old Lady” is pretty compelling viewing, mostly thanks to Kline, who gives a career-high performance here. The lithe actor has spent much of his film career being pretty bright and breezy, and here he starts from a point of glib confidence that crumbles into bluff pretty quickly, and goes to darker places than he’s depicted in recent memory. It’s a revelation and a pleasure. In a way, Smith has the more difficult role: her character’s back story should have yielded a more hateful figure, but Mathilde can’t be hateful or the whole mechanism would fall apart. On the other hand, Smith has ever seemed capable of vaulting such performing challenges in her sleep, and she does so here. The 75-year-old Horovitz does nothing to redefine cinema language with his first film, but he doesn’t aim to; rather, he keeps a steady hand on his story’s tiller, says what he wants to say, weakens his resolve and delivers an ever-so-slightly pat denouement, and gets out. People who complain about the absence of genuine adult drama from cinema screens have an opportunity to put their monies where their mouths are here. 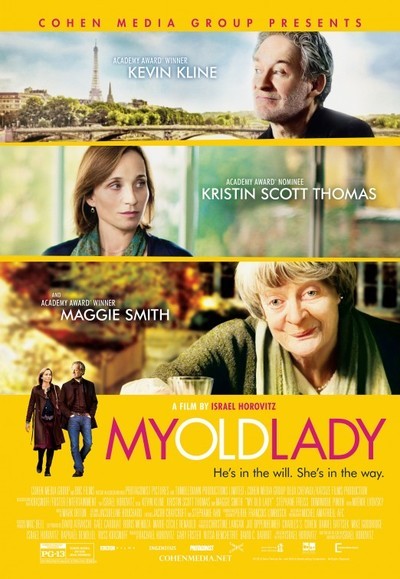 Rated PG-13 for thematic material and some sexual references