William Brent Bell’s “Separation” is an atrocious piece of work, a movie that fails as both a domestic drama and as a horror flick, and really feels like the kind of thing that everyone involved is going to have to discuss in therapy someday to get to the bottom of why it was even made in the first place. And it’s a viciously misogynistic film that feels like the result of a drunk guy at a bar wondering if his ex-wife is so cruel that she would haunt him from beyond the grave. Critics in the ‘20s are often accused of putting political or social agendas into films that don’t really merit such a reading, but the two main female characters in “Separation” are so poorly, cruelly defined purely in context of the male lead that it’s almost like the movie is challenging people not to notice (especially when you add in that the only supportive characters are male colleagues to the protagonist). Even if you don’t think it’s a grossly sexist film, there’s no denying it’s a shallow one that’s also almost defiantly light on scares, and one that ends with a twist that’s somehow both depressingly easy to see coming and totally ludicrous. Although that’s kind of the modus operandi for the director of “Brahms: The Boy II” and “The Devil Inside.” And this might be his worst movie.

The first act of “Separation” plays out like a relatively straightforward domestic drama wherein Maggie Vahn (Mamie Gummer) decides that she’s had enough of her slacker artist husband Jeff (Rupert Friend). In a series of scenes that make it clear that at least someone involved in the production of this film had an ugly divorce, Maggie becomes an evil caricature, yelling at her wide-eyed husband, a guy who may have spent a bit too long nurturing an artistic dream that doesn’t feed the family but one that we’re clearly supposed to like. And, of course, Maggie doesn’t just file for divorce, she petitions for full custody of their daughter Jenny (Violet McGraw) mostly because she's cruel, and she gets the backing of her rich father Paul (Brian Cox, who almost looks like he knows he's above this whole affair). As Maggie is tearing Jeff down again on the phone, she walks into an intersection and gets demolished by a speeding car. The final words of this vicious woman are “Because she is mine.”

Almost immediately, strange things start to happen around Jeff and Jenny that make it clear that Maggie’s final words extend into the afterlife. Again, the basic starting ground for this movie is “What if my ex-wife kept trying to ruin my life after she died?” Jenny and Jeff starts seeing puppet-like creatures inspired by Jeff’s art for something called the Grizzly Kin (think early Tim Burton drawings). Bell can’t stop himself from cheap horror tricks like jump scares and even an actual double dream sequence, which I’m pretty sure was outlawed in 2003. Worst of all, the scares in “Separation,” other than the possible exception of the first time Jeff sees a crab-walking puppet man (although he barely responds), aren’t scary. It doesn’t even have the surreal funhouse aesthetic that this project needed from inception.

In part, that’s because it’s barely trying. At the 50-minute mark, there’s been essentially one scare scene, and a ton of dull domestic drama. I almost started to long for the kookiness of “The Boy” movies just to break the tedium. And then there’s a panic attack sequence during a park puppet show that's also the stunningly incompetent centerpiece of the entire film. A red palette washes the screen as a bubble pops in slow-motion and it’s like a parody of a bad horror movie. If the word “PUPPETS!” flashed across the screen, it wouldn’t be out of place. Although I worry that I’m making this all sound more fun than it actually is. It’s really not. It’s stultifying in its dullness.

Solid actors on “Homeland” and “Succession,” respectively, Friend and Cox get lost in the poor writing and filmmaking here. The latter is a mere plot device and sticks around just to be a part of the final-act stupidity. The former was under-directed so much so that even he looks bored at times. There are no believable characters, no rising tension, and no scares in this “Insidious” meets “Kramer vs. Kramer.” Just so many questions as to how it happened. 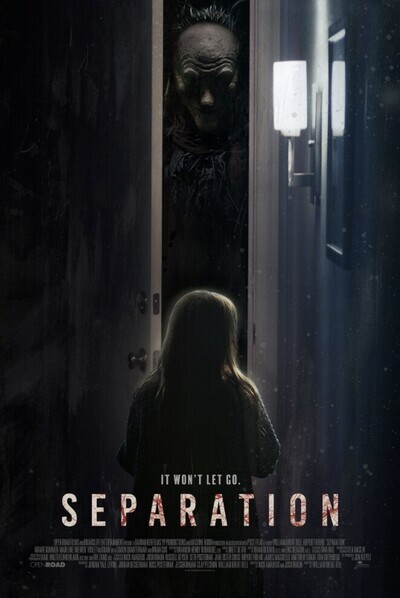 Rated R for language, some violence and brief drug use.