Fans of off-beat true-crime tales will find an absorbing murder mystery in Daniel Mehrer and Andrew Becker’s “Santoalla,” a documentary that had this reviewer wondering if it was a real or faux doc until the very end. Turns out it’s real, but the suspicion that it might be otherwise is a tribute both to the debuting filmmakers’ skills in shaping their story and that story’s innate dramatic power.

The film also offers the fascination of taking us into a scenic and out-of-the-way corner of Europe. Santoalla is a village in Galicia in northern Spain, a region that has seen rural residents moving off the land in recent years. That’s left depopulated areas like this one enveloped in a wild and desolate beauty, with abandoned houses overgrown by the returning forests.

That remoteness was what attracted Martin Verfondern and Margo Pool, a Dutch couple who moved there in the 1990s to farm and enjoy the isolation. It seems it was a happy decision for the pair, who evidently loved their new life. But it’s not long into the film that we learn that the couple’s existence was recently shattered. Martin disappeared and foul play was suspected, with suspicion falling on the only other people living in Santoalla, a Spanish family named Rodrigues, who’ve been farming the same ground for a couple of generations at least.

When the film turns back the clock to look at the Dutch couple’s life prior to Martin’s disappearance, Margo serves as narrator (the filmmakers are never seen or heard). Speaking in Dutch-accented English, she recalls her and Martin’s decision to leave behind Amsterdam and a world where civilization meant living by other people’s “rules.” They were archetypal latter-day hippies, in other words, and they found a natural haven in Santoalla, where the goats and other animals they raised were their main companions. (This part of the story is told using old photos as well as film footage shot while Martin was still around.)

If Margo never seems grief-stricken or distraught when speaking of Martin in the past tense, that’s because a certain kind of northern stoicism seems a part of her make-up. You can imagine her as a settler wife speaking dispassionately about a husband who’s been spirited away by Indians in the Old West. As in that analogy, there’s an element of cultural clashes to this story.

The Rodrigues clan was rooted to the land and their culture’s old ways. Their number includes a rather wily and imperious matriarch, and one son who is mentally challenged. They're a strange bunch, and not the friendliest folks you’ve ever seen. We soon come to understand that there was never any friendship between the two clans. They were too different, and the Spaniards evidently didn’t appreciate the interlopers.

The friction between two families came into public view when Martin filed suit against the Rodrigueses for withholding money that should have been shared by the families. We see footage of the trial, which ended in a victory for Martin. It was within a few weeks of that event, in early 2010, that he disappeared along with his truck.

To discuss the story further would be to venture into spoiler territory, so suffice it to say that the story has a satisfying shape in that various mysteries are solved, including the crucial one. At 83 minutes, the film is a concise and well-executed example of smart documentary storytelling. Its photography is particularly memorable for the way it captures the wild beauty and haunting atmosphere of the Santoalla region.

The one question the film left me with was how directors Mehrer and Becker found out about this case and what it was like for two Brooklyn-based filmmakers to go to Spain to make the film. There are probably a number of interesting tales in the answer to that. Or maybe that's another documentary altogether. 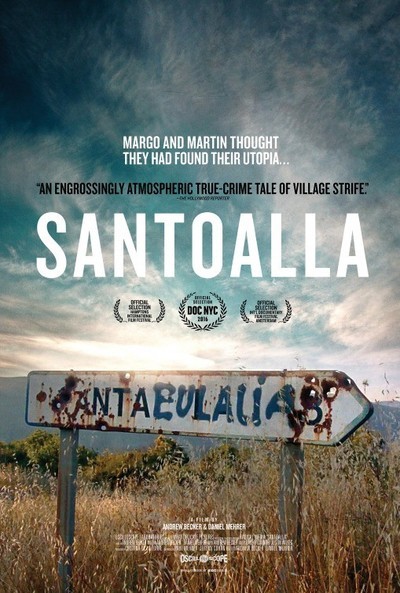 Carlos Rodríguez as Himself

Jovita Rodríguez as Herself

Julio Rodríguez as Himself

Manolo Rodríguez as Himself