There's an extremely eccentric movie going on within the conventional confines of "Saint Frances." For me, one of the signs of adulthood is when you realize that nobody has things figured out. Even the most put-together person has demons, weak spots, flaws. Anyone who acts like they're perfect, or acts like they have all the answers, are basically waving red flags around announcing the contrary.

This is the feeling I got from "Saint Frances," a first feature from Alex Thompson, with screenplay by Kelly O'Sullivan, who also stars, as Bridget, an adrift thirtysomething, watching her peer group "settle down" around her, wondering what the hell happened to her life. Admittedly, this is a pretty well-trod path, and so the eccentricity comes from the feeling that every character—not just Bridget, but everyone—is in just a little bit over their heads. So many films offer up pre-packaged easily-digestible ideas, with risk-averse empowerment messages. It's truly refreshing to watch a film where nobody has anything figured out, where life proceeds messily and imperfectly. "Saint Frances" is unpredictable in a very human way.

In the opening scene, Bridget sits at a party, listening to a man describe a dream he had the other night. He seems to find his dream fascinating. When she tells him she's a "server," he says, supportively, "You're still in your twenties. It gets better." "I'm 34." Embarrassed, the man comes up with an excuse to leave the conversation. The opener is spookily accurate in its observational power. Even casual conversations come loaded with preconceived notions and assumptions. If she is still a waitress at 34, then she is dangerously unambitious, and clearly not even worth flirting with (if describing your dream in excruciating detail can count as flirting.) O'Sullivan's script is excellent in these small moments: she has a very good ear for how people judge each other (either overtly or not), and how difficult it is sometimes to see past the surface of things, especially if you are wrapped up in your own problems.

Bridget is very wrapped up in her own problems when she gets a summer gig as a nanny for Frances (Ramona Edith Williams). Frances' mothers, Maya (Charin Alvarez) and Annie (Lily Mojekwu) have just had another baby, and need help with their rambunctious fearless six-year-old, who is also somewhat pissed off at being displaced by her baby brother. Frances makes the inexperienced Bridget work for her paycheck! Compared to Bridget, Maya and Annie are settled, responsible, adults. But there are fissures beneath the perfect surface. Annie is a lawyer, working extremely long hours. Maya is in a state of increasing postpartum depression, deteriorating before Bridget's worried eyes. Bridget's "this isn't a relationship, we're just hooking up" thing with the sweet-tempered Jace (Max Lipchitz) has resulted in a pregnancy and then an abortion. Bridget is determined to take a practical view of it, but her response is complicated. She doesn't seem to take seriously the trauma her body has experienced. Her blood is constantly flowing in Saint Frances.

Let's talk about the blood, so present throughout it's almost another lead character. Waking up after having sex with Jace for the first time, she realizes she got her period, staining the mattress. She is mortified, of course, but Jace is so good-natured about it it becomes their first shared joke. Tampons, pads, leakage, stained underwear, being caught out without a tampon, the whole "gross" nine yards ... this is all so much a regular part of a woman's life it's almost banal (in real life, anyway), and yet it's rarely dealt with in film, and certainly not as forthrightly as it is here. There's an electrifying moment when Bridget and Maya, both devastated about different things having to do with their bodies, suddenly find it all hilarious and start laughing so hard they're in tears. There's a somewhat forced scene where a bitchy woman at a Fourth of July picnic reprimands Maya for breastfeeding in public, but a real point is being made. Often the policing of women's bodies comes from other women. And so women are left even more isolated, ashamed of their bodies, wondering why "it"—whatever "it" is—comes so easily to other women. That's the big lie: that you, and you alone, are having a hard time. The world wants you to think this, wants you to think you're a huge screw-up. But what if ... nobody knows what they're doing?

This all comes to a head in a powerhouse scene between Bridget and Annie. Annie has barely been a presence thus far, because she is now the sole breadwinner, and her job is extremely demanding. Bridget is so self-involved she hasn't really noticed that something has been brewing in Annie. When Annie finally opens up, in a beautifully written monologue, the passion and pain Mojekwu brings almost stops the film in its tracks. It's heartrending. I liked "Saint Frances" very much up until that moment, but it was that moment that I fell in love with it. Because Annie, competent responsible Annie, got to be three-dimensional too, and in that moment she ceased being a peripheral character in a movie starring Bridget, and became the star of her own story. As we all are. If we could only come outside of ourselves enough to notice. It made me think of those gorgeous lines from Henry Wadsworth Longfellow's "Hyperion":

Believe me, every man has his secret sorrows,
which the world knows not; and oftimes
we call a man cold, when he is only sad.

The need to seem like you have it all figured out, that you are all put together, is an insidious by-product of the self-help culture we live in, and this is especially true for women. The idea is that if you're not "eating, praying, and loving" across the continents, and learning and growing and changing according to schedule, then the problem must be you. Bridget may be the central character but she isn't the only one who "learns and grows and changes." What happens during her summer gig is a group event, an upheaval in four lives, four people churning around in chaos towards a future, not knowing what they're doing, trying to understand each other, often failing, sometimes succeeding. It's beautifully done.

Shoplifters of the World 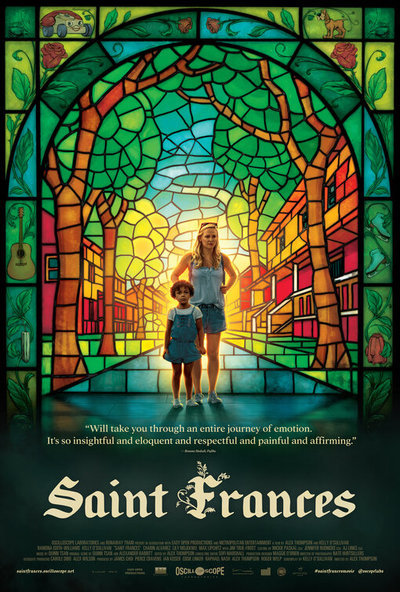