"Run & Jump" is about a young Irish husband and father who returns home from the hospital after suffering a stroke, one that leaves him a shell of his former self. His wife and two children struggle to reconnect with him and establish a new kind of life as a family. Meanwhile, an American doctor has moved in to study and videotape their activities for a research project.

This all sounds painfully glum and ultimately mawkish. But—like the active verbs that constitute its title—"Run & Jump" is surprisingly alive, full of jolts and unexpected bursts of humor and earned emotion.

The primary source of these is the radiant Maxine Peake as the family's matriarch, Vanetia. Co-star Will Forte, as the visiting doctor, is the one you've heard of in the cast—he intriguingly expands his dramatic work post-"Nebraska"—but Peake steals the show. There's a clarity and purity to her features that makes her impossible to stop watching, and a smart and vivacious presence that makes her irresistible.

Director Steph Green, making her feature debut, gives Peake plenty of room to shine, but she's decent to all of her characters in this uncomfortable and constantly shifting scenario. (Ailbhe Keogan wrote the script, which is intimate and human, albeit with a few indie-comedy quirks.)

When Vanetia's husband, 38-year-old Conor (Edward MacLiam), returns to the Casey family's pleasant but cramped country home, everyone tries very hard to treat the occasion as a joyous one. That includes preteen son Lenny (Brendan Morris), who's struggling with his sexual orientation, and precocious younger daughter Noni (Ciara Gallagher), who's mostly curious about the strange goings-on in her house.

That would include the presence of Forte's Dr. Ted Fielding, a tweedy and bearded neuropsychologist. Initially, he's stiff, focused and all-business, which sets up some awkward comic situations in such close quarters—sharing a bathroom with kids who don't understand the concept of boundaries, for example. These bits might sound a little too wacky on paper, but Green wisely underplays them, and they provide the foundation for the evolving relationships to come.

As Conor grasps for memories, motor control and the simple words that elude him, the sunny Vanetia finds herself increasingly frustrated. This person looks like her husband, but he's no longer the man with whom she fell in love. But having Ted around 24/7, analyzing the highs and lows of Conor's progress, annoys her even further. "I'm gonna break that camera, Dr. Fielding, I swear to God," Vanetia says in the perkiest voice with the friendliest smile.

But then: Vanetia and Ted share that tried-and-true moment of movie bonding, that breaker of walls and destroyer of defenses. They smoke pot together in the middle of the night. Sure, it's a bit of a cliché, but it works, and it allows their true selves to connect. In no time, Ted is opening up. He begins functioning as a surrogate dad to the kids, and his teasing, flirtatious chemistry with the charming Vanetia is undeniable.

So the question becomes for you, as a viewer: Are you OK with this? We know Conor will never be the same according to his diagnosis, but can we be happy for Vanetia if she's happy with someone else? As in every other element of the film, Green treats this tricky triangle with respect.

And you sort of can't blame Vanetia for her attraction. Following "Nebraska," in which he served as the flustered straight man in a vast field of eccentrics, Forte further shows off his dramatic chops. And the "Saturday Night Live" alum reveals himself to be a surprisingly appealing romantic lead. The slightly-sad puppy dog look in his eyes, which Alexander Payne put to superb, dryly funny use in "Nebraska", plays like something entirely different here—something smoldering, almost.

And that spark inspires him—like the other characters in the film—to take a leap of faith into the messy unknown that life has to offer. 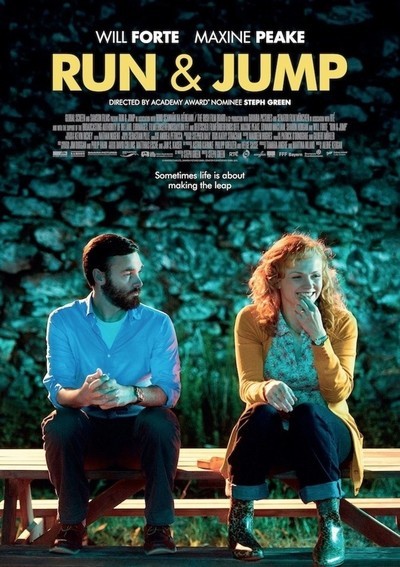 Will Forte as Ted