Robin Williams: Come Inside My Mind

A title like “Robin Williams: Come Inside My Mind” implies that this documentary will be an exploration of the late comedian in his own words in the same manner “Listen Up, Marlon” did for Marlon Brando and “Tupac: Resurrection” did for Tupac. And for a time, director Marina Zenovich seems content to let the most loquacious of comedians speak for himself over home movies and footage from his career. But then the talking heads start to intrude, and while they often have interesting things to say, this additional technique is more predictable and less effective. Couple that with several on-the-nose needle drops and a surface-level exploration of the darker aspects of the story and one is left feeling that this is the generically structured and tamer “approved” version of a much richer story.

The same problem plagued HBO’s documentary on Spielberg (and both films unfortunately give short shrift to the hot mess that is “Hook”). At least in this film’s defense, there’s the possibility that not enough time has passed for a harder look at its subject. In fact, when I heard about “Robin Williams: Come Inside My Mind,” my first thought was “too soon,” not realizing that four years have passed since Williams’ death; the loss seemed much fresher in my mind. Fans will reconnect with some of that sadness during this film, especially while watching hilarious moments of Williams’ incredible improvisations from his stand-up and in outtakes from his television shows and movies. Like “Won’t You Be My Neighbor,” “Robin Williams: Come Inside My Mind” is adept and harnessing that emotional energy for maximum effect.

Zenovich’s approach Is generally chronological. We follow Williams from a quiet childhood as an only child in a conservative Midwestern environment to his extremely rude awakening as an adolescent in free love plagued San Francisco to newfound fame in the drug-filled celebrity world of Los Angeles. She takes us through his movie career, stage work in plays like “Waiting for Godot” and his last television sitcom, “The Crazy Ones.” While Zenovich can’t fit in everything, what’s left out is rather noticeable. Not one second is devoted to Barry Levinson’s notoriously awful “Toys” nor Francis Ford Coppola’s hideous “Jack”, which is probably for the best, but Williams’ stunning work in Christopher Nolan’s “Insomnia” remake is also forgotten.

All the expected beats are hit, however. Williams first finds his way into television sets courtesy of the “Happy Days” spin-off, “Mork and Mindy.” The story behind that is one of the more intriguing points of interest in “Robin Williams: Come Inside My Mind.” Garry Marshall’s son explains that Mork’s existence stemmed indirectly from the “Star Wars” phenomenon that blew up in 1977. The story shows not only how much power Paramount Pictures wielded over the then-number one network ABC, but also how far Garry Marshall would go to prevent the loss of even one viewer of his 50’s era sitcom. Williams’ sitcom sidekick Pam Dawber is also on hand to describe how Williams turned every taping of the show into a 3-hour improvisation-filled comedy routine.

The success of “Mork and Mindy” brings Williams his first brush with addiction, a disease which would haunt him for the rest of his life. “Cocaine is God’s way of telling you that you have too much money!” jokes Williams to David Letterman (whose whisker-filled visage highlights one of the talking heads segments). While filming his TV show and moonlighting at the L.A. comedy clubs, Williams blew through an immense amount of blow only to be scared straight by the sudden death of John Belushi a few hours after they last saw each other. This sequence is one of those times where “Robin Williams: Come Inside My Mind” frustratingly peers over the edge into the darkness yet dares not inspect it.

I’ve always been fascinated by the narrative that drives most stand-up comedian stories, the one that states that comedy comes from pain and that laughs are the equivalent of “Trainspotting”’s description of heroin—a massively addictive rush of endorphins. The latter certainly seems to be true for Williams, though unlike Richard Pryor for example, Williams’ childhood appeared to be normal. He tells us his father was a “very intense” man whose job at Ford kept him on the road and the family in perpetual motion as they moved from place to place. It was his mother who influenced him greatly, giving him her warped sense of humor and utter lack of shame while performing. Williams’ words about his absent due to work father get mirrored by the words of his eldest son, Zak Williams, one of the folks who contribute to the film’s emotional pull.

Williams’ good friends Billy Crystal and Bobcat Goldthwait also contribute to the film’s effect on one’s heartstrings. Goldthwait, whose brilliant documentary “Call Me Lucky” is a master class on how to upliftingly navigate and inspect trauma, talks about the symbolic, freeing nature of a scene in “World’s Greatest Dad,” the film he wrote and directed for Williams. Crystal plays us numerous phone messages he received and discusses an important one he sent when Williams was hospitalized. He also brings up the last time he spoke to his good friend, which Zenovich effectively uses as an arrow aimed straight at the viewer’s tear ducts, only to completely ruin the moment by going for the way too obvious cliché of showing that damn “carpe diem” clip from “Dead Poets Society.”

I’m willing to die alone on that “Dead Poets Society” hill, as my hatred of that film and its bright, shining lie about seizing the day knows no bounds and I found the clip’s usage to be shameless. Ignore me there if you must. But that aside, I really wanted to hear more—a lot more—from Williams himself. Granted, there are some hilarious clips of him performing on-stage, an honor I’ve had the experience of witnessing twice. And there are a few clips that highlight his dramatic acting in films like “Good Will Hunting” and “Awakenings” (a clip of him and Dr. Oliver Sachs is especially enlightening). Plus I completely acknowledge that this film works better on a purely emotional level. But how willing you are to forgive its flaws will be determined by how tender your heart is when you remember its subject. I’m on the fence, but your mileage may vary. 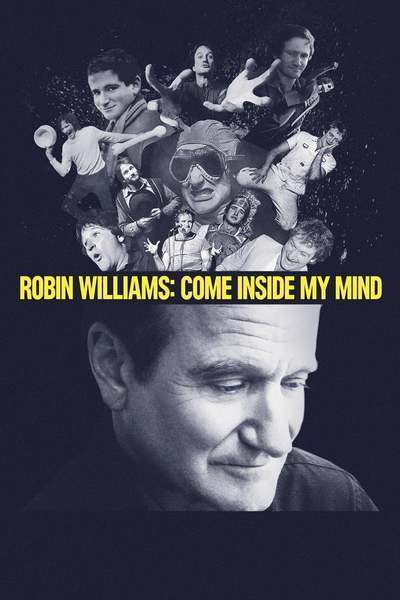