It was in last summer's terrible "Americathon," as I recall, that the rock singer Meat Loaf single-handedly demolished an auto. That sort of thing tends to get your attention.

Now Mr. Loaf is back in a starring role, in "Roadie." He plays a genius inventor who can fix, build or remodel anything - and who is whisked away from his native Texas to be a roadie for a rock group. (The difference between a roadie and a groupie is that a roadie fixes a group's equipment, whereas a groupie services it.)

The idea for "Roadie" has a certain charm, especially with Meat Loaf in the title role. He's a large, cheerful, reasonably engaging performer who is convincing as a Texan, and no wonder: He was born in Dallas and attended no less than three Texas colleges, majoring, it says, here, in football. He plays a kid from a family of inventors; his crackpot father (Art Carney) inhabits a house jammed with gadgets and gimmicks, of which my favorite is a telephone booth that slides outside the house on a rail if you want extra privacy.

Meat Loaf happily inhabits this milieu as a beer truck driver until a rock band passes through. Their van breaks down, he fixes it, romance blossoms with the band's resident groupie (Kaki Hunter), and he's signed on for the tour. The tour is an invaluable plot device, since it explains a cross-country odyssey during which our heroes meet all sorts of famous singing stars, including Hank Williams Jr., Roy Orbison, Alice Cooper, Asleep at the Wheel, and Deborah Harry with Blondie.

If the movie had given us more of their songs, this could have qualified as a concert movie. If it had given us more of Meat Loaf, it might have developed into a character study. But "Roadie" never makes up its mind. The movie's so genial, disorganized and episodic that we never really care about the characters, and yet whenever someone starts to sing the performance is interrupted for more meaningless plot development.

And Meat Loaf himself is badly used: His inimitable charisma and stage presence are never exploited, he never gets a chance to sing, and he disappears into his boozy role as a laid-back Good Ol' Boy when he might have helped the movie by going berserk.

There are a few good moments. One comes when a rock concert is canceled by an environmental group because it will use too much energy. Combining the best qualities of Ralph Nader and Rube Goldberg, Meat Loaf teams up a windmill, a steam boiler and a solar reflector to power the concert.

Alice Cooper has some nice moments, explaining to Kaki Hunter that he's a nice, quiet lad by day, and that becoming the reprehensible onstage Alice is just something he does for a living. Debby Harry of Blondie has an intriguing quality, although we only get glimpses of it -- one of the movie's constant irritations is the way it cuts away from its stars to dwell on the peculiarities of its supporting cast.

Footnote: "Roadie" is being shown in some situations in Dolby Stereo, but that was little inspiration to the audiences at the Water Tower theater Sunday afternoon. One Dolby channel was out to lunch, so that the movie's dialog sounded thin and distorted, and the music either boomed or whispered.

I complained about the sound and was informed the system was on the blink; doesn't a theater have an obligation in a situation like that (especially with a movie where hearing the music's the whole point) to post a warning at the box office? 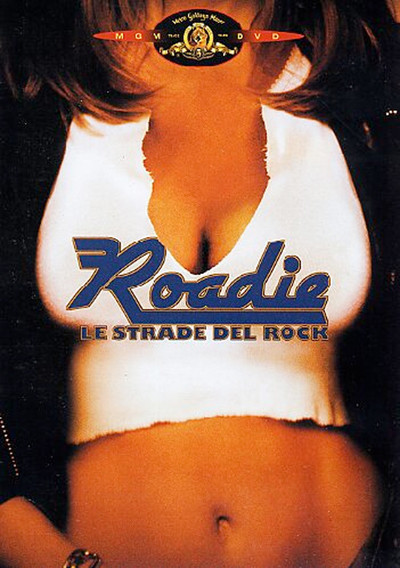 Gailard Sartain as B. B. Muldoon