In the recent uproar following the release of the video footage showing Baltimore Ravens running back Ray Rice punching his wife Janay in the elevator, a hashtag started trending on Twitter: #WhyIStayed. Beverly Gooden, from North Carolina, did not watch the elevator footage, but heard the commentary, the overwhelming refrain being, "Why didn't she just leave?" A survivor of domestic violence herself, Gooden went on Twitter and began a series of Tweets about why she stayed. The hashtag started trending, as more and more people started sharing their stories. It made national news. HBO's new feature-length documentary, "Private Violence," directed by Cynthia Hill, has been over a decade in the making, but its release could not come at a more opportune time. A look at the complexity of domestic violence, especially when it comes to the difficulty of prosecuting abusers in a court of law, "Private Violence" keeps its focus narrow, a smart choice, following around Kit Gruelle, a victims' advocate from North Carolina.

Kit Gruelle lives in the mountains of North Carolina, and works with women's shelters and law enforcement on various domestic abuse cases about to enter the court system. She also trains first responders, police officers and hostage negotiators on the complexities of what goes on in domestic abuse situations. There is a fascinating scene showing a role-playing scenario where two cops in training interview an arguing "couple" (in reality, domestic abuse advocates). The cops afterwards are taught what they did right, what they did wrong, what signals they missed and what red flags they ignored. This is very important work. Misconceptions and preconceived notions, not to mention prejudices and judgmental attitudes, leave victims at risk.

As a survivor of an abusive relationship herself, Gruelle is able to communicate powerfully to those who cannot understand why people stay in violent situations, and why they often keep going back. At one point, when describing her own relationship, Gruelle says, "I would always go back because at least then I knew where he was."

"Private Violence" highlights the diversity of Gruelle's tasks, featuring her driving around from courthouses to shelters to doctor's offices, back to her home in the mountains. There are a couple of moments where Gruelle is shown listening to something, the testimony of a survivor, or, in one scene, a terrible tape sent to her of a man whipping his wife, screaming "Don't you ever cross me!," and, in those scenes, Hill zooms in on Gruelle's eyes, catching the intensity of the listening going on there. Those are riveting and empathetic moments. One can see why Hill was so taken with Gruelle as a subject.

"Private Violence" also presents the horrifying case of Deanna Walters, a woman kidnapped by her husband and driven across the country against her will with their 2 1/2-year-old daughter. He beat Deanna all along the way; so badly in Oklahoma that he almost killed her. The police officer who finally pulled the truck over and called an ambulance, said, "In the 15 years I've been a law enforcement officer, I've never seen anybody in a car wreck as badly beat up as that girl." However, Deanna's husband was not charged with anything and allowed to return home to North Carolina. Deanna's daughter was placed in foster care (Deanna saying, quietly, "That destroyed me.") Because the two had crossed so many state lines, and because Deanna didn't know what state she was in half the time, there was fear that the case would get lost in the shuffle, and that nobody would want to prosecute it on a state-level. Gruelle and others hoped that his multiple crimes (kidnapping, assault) could be tried in a federal court where the punishment might be steeper. (Gruelle is quick to point out the terrible irony that kidnapping is a worse offense in the eyes of the law than beating someone so badly she almost dies and continues to have seizures as a result of the beating.) Deanna Walters had been asked repeatedly, by friends, family, and then law enforcement and lawyers, the common question: "Why didn't you leave him?" Gruelle points out: Deanna did leave him. And he retaliated by kidnapping her and then almost killing her.

"Private Violence" is the story the important work of Gruelle, of Deanna Walters' case, and of the American court system, the giant loopholes in the law, and the multiple problems with enforcing restraining orders (as well as prosecuting those who violate such orders.) Gruelle, appearing on a radio show, comes with a stack of files over a foot high of restraining orders that had been violated, resulting in the women being murdered. Gruelle says, "I refer to restraining orders as a last will and testament."

As long as survivors are asked "Why didn't you just leave?" there will be a need for advocates such as Kit Gruelle. And as long as there are people out there like Gruelle, doing the frustrating and often thankless work of not only keeping victims safe but bringing their abusers to justice, there is hope. "Private Violence" is extremely sad, but it has a lot of hope. 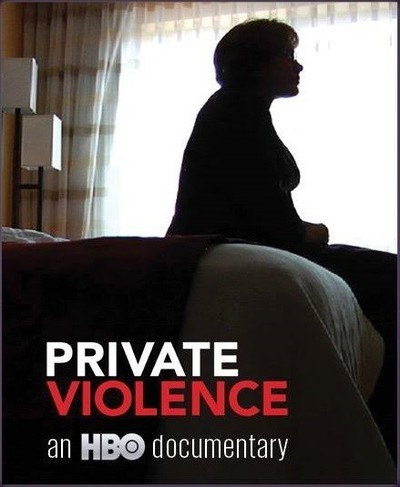