Once upon a time there was a movie named "Airplane!" which had a clever notion: Wouldn't it be fun to satirize all of those "Airport" movies by combining their clichés into one gloriously confused mess, typecasting the movie with walking stereotypes, and going for every corny gag in the book? They were right. It was a great idea, and it made a very funny movie. It also inspired a dreary series of clones and rip-offs, including "Young Doctors in Love" and "Jekyll & Hyde ... Together Again." Now comes without any doubt the absolute pits of this genre, the least funny movie that could possibly have been inspired by "Airplane!" or any other movie.

It's really something. It's so bad, maybe you should pool your money and draw straws and send one of the guys off to rent it so that in the future, whenever you think you're sitting through a bad comedy, he could shake his head, and chuckle tolerantly, and explain that you don't know what bad is. This is the kind of movie where they'll bring a couple of characters onscreen and begin to set up a joke, and then, just when you realize you can predict exactly what's going to happen ... not only doesn't it happen, but nothing happens -- they just cut to some different characters! If there's anything worse than a punch line that doesn't work, it's a movie that doesn't even bother to put the punch lines in.

Among the many questions raised by "Police Academy," the easiest is: What genre does this movie think it's satirizing? Are there any other movies about police academies? That hardly matters, since the academy in this movie resembles no police academy known to modern man, and seems, indeed, to be modeled after a cross between basic training and prep school. All of the trainee cops live on campus together, in big dorms. The head of the academy is sort of like the headmaster. The campus is green and leafy and peaceful and altogether unlike, I suspect, the training experience undergone by any real police officers.

In a movie this bad, one plot element is really idiotic. It involves the casting of Bubba Smith as a giant black recruit who only has to look at a guy, and his knees start to tremble. This is funny? Don't they know that in comedy, you need a twist -- like, why not make Bubba Smith a pathological coward who's afraid of everybody? Now right there is one good idea more than you can find in this entire movie. 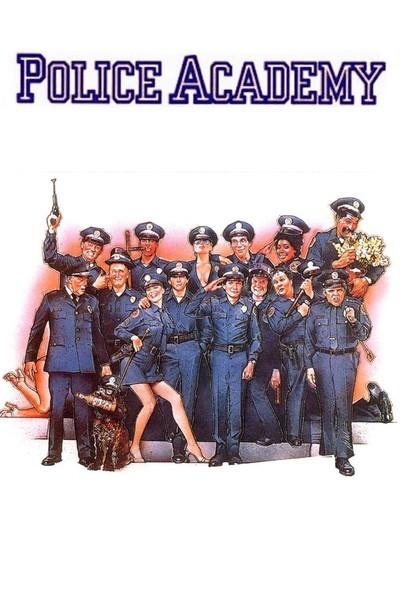