Remember this name: Aksel Hennie. If “Pioneer,” a mixed bag of a conspiracy thriller, works at all, it largely does so because of him. Hennie, now into his second decade as an actor in Norwegian film (he’s also written and directed a feature) gives a spectacular performance as Petter, a deep-sea diver on an oil rig who becomes something of a scapegoat after a mishap that takes the life of his brother and leaves him searching for truth.

At the movie’s opening, Petter and brother Knut are all diving bravado. Working with a team that includes some American oil-and-diving consultants and laborers (portrayed by the likes of Wes Bentley and Stephen Lang), Petter and Knut are excited to hit new depths as they work to create an oil-money payday for themselves and their country’s economy. “That’s one small step for a man,” Knut proclaims in English on reaching a particular plateau. Their swagger doesn’t last long, and Petter, after failing to save his brother, has to sit in a decompression chamber for an unconscionably long time. Once he’s out, he’s convinced the accident occurred because his oxygen feed was cut. He’s told that he’s mistaken, and he ought to accept his part in what happened and let it lie. He won’t.

So begins a drama—inspired by actual events in the early ‘80s, as it happens—that writer/director Erik Skjoldbjærg says was inspired by the likes of “The Conversation” and “Chinatown.” Those are high bars for inspiration, and while Skjoldbjaerg, whose feature career started very strong with the remade-by-Christopher-Nolan “Insomnia” in 1997, and veered of disastrously with his English-language debut “Prozac Nation,” perhaps the most catastrophic example of sophomore jinx in the history of the lively arts, exhibits tight command over action and suspense in the movie’s opening scenes, “Pioneer” falters as its cover-up scenario builds steam.

The director seems uncertain of just where he wants the film’s emotional temperature to rest, and so vacillates between a low key that verges on somnolent and brow-furrowed on-the-nose intensity. Through it all, though, Hennie is the anchor. Initially puffed-up and full of lean macho confidence, his portrayal of deflation, and subsequent betrayal, is conveyed in largely physical terms, and the performance is always entirely compelling. The movie has been bought by George Clooney’s concern, Smokehouse Films, for a fully-English-language remake, and it’s a safe bet that Clooney’s version will be more overtly political than this film. But Clooney might do well to cast Hennie in ANY role in the picture, as it’s clear he’s got the talent and magnetism to enhance whatever picture he turns up in. And he’ll be turning up in a big one in 2015, playing a supporting role in Ridley Scott’s now-filming adaptation of the highly praised sci-fi novel “The Martian.” 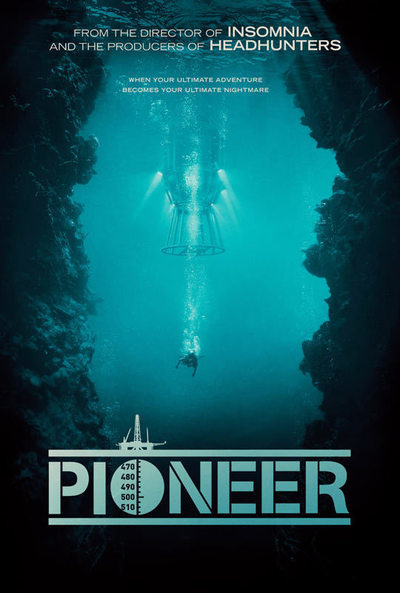