An observation of life in a Florida trailer park run by 120 convicted sex offenders, "Pervert Park" is about finding the light within society's cavernous disdain for those, to paraphrase Todd Solondz movies, we fear more than terrorists. As a staggering act of compassion and a political statement, "Pervert Park" starts with simple documentarian ideas—capture the existence of its subjects, allow them the opportunity to claim their narrative. With profound results, "Pervert Park" is eye-opening about the lives of convicted sex offenders, as inspired by a degree of empathy we need not be afraid of.

One of many unforgettable passages from “Pervert Park” involves a brief cameo by the directors, Lasse and Frida Barkfors, a married couple from Scandinavia. While speaking with Nancy Morais, who founded Florida Justice Transitions to take care of her son after he became a registered sex offender, she asks them, “Do you think your child is perfect?” “We do,” Frida responds. “But that child grows up," Nancy responds. "Does something bad. Makes a mistake. Just one. Never to be forgiven.”

The 120 residents of this trailer park in St. Petersburg, Florida have been living that life sentence in harmony, while taking two-year counseling sessions run by a man named Don. We meet offenders of various degrees, from misdemeanors to horrific physical assaults, as they coexist in an American neighborhood that is not run by fear of the other, nor does it seek to punish sex offenders, but treat them so that they can one day become contributors to society. "Pervert Park" is at once the image of a civilization built on understanding, just as much as a critique on an American prison system that dehumanizes criminals to the recidivism rate of 77% (meanwhile, the recidivism at Florida Justice Transitions is less than 1%).

“Pervert Park” is a full humanization of these men and women. It allows residents to share their life stories and personal tragedies while presenting them as regular folk, walking around their neighborhood on sun-kissed Florida days, having barbecues outside, the traffic of the neighboring world hundreds of feet away but mostly experienced as background noise. Footage of them filling up fishbowls, or building a new house for a new resident—a vivid subtext of containment—is mixed with their close-up interviews, in which they tell us about life during and after the offense that landed them into Florida Justice Transitions. As a viewer, you start to see some patterns in their stories, which often involve cycles passed on, those of abuse at a young age and/or sexual immaturity, and you witness the current state of it—people like Patrick who are traumatized by their own events, sitting in their homes with tears in their eyes when recalling every detail. All lead subjects are shown taking Don's counseling sessions, but "Pervert Park" is catharsis on a grand scale. "I've never told this to nobody," Tracy says, sharing with the world a lifetime of sexual abuse that was followed up with her own disturbing act.

“Pervert Park” is an extraordinary film in part for how it challenges a documentarian’s decision to put a camera on a crying face like Tracy's, and to hold on it as a type of emotional climax. There's not an inkling of a dramatic jackpot within these powerful moments, captured with the same lack of intrusiveness as when cameras simply follow residents around in B-roll footage. These shattering scenes instead are breakthroughs between the subjects and the audience, incredibly tough minutes that complete the goal of humanization.

The Barkfors display a vital eye within the tight running time of their directional debut, regarding what they do and don't focus on. Bookending shots linger in the movie's atmosphere, like the night image of a Waffle House sign, peeking over the darkened trailer park's wall. Similarly, the effect of the film works by how the story remains incredibly present, eschewing interviews with people from outside Florida Justice Transitions, whether they're law enforcement, or victims (without ever downplaying the severity of the resident's crimes). "Pervert Park" is fortified in its narrative and moral confidence by an editorial focus, as it strictly wants to show who these people are now, its lens pointed towards in-the-flesh examples of personal redemption.

At the 2015 Sundance Film Festival, "Pervert Park" won a World Cinema: Documentary - Special Jury Prize, "For its judgmental humanism and its potential to change policy around the world." One could argue that even by existing the film is a political gesture; it gives a voice to people who have been dehumanized by a system, within a society that just wants to erase them. But the power that this film holds is far bigger than just its subjects. By focusing with an open mind on a societal symbol of inhumanity, "Pervert Park" nudges us closer to the belief that, at the core of our existence, people are inherently good. 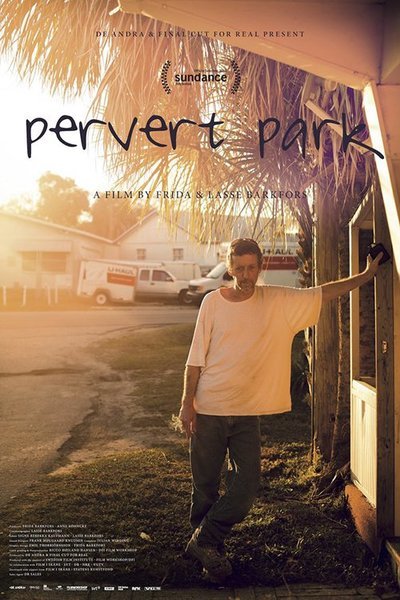