Yasuhiro Yoshiura’s “Patema Inverted” mines a lot of entertainment value and social allegory from a pretty great concept despite being held back from greatness by a clunky narrative. When the wonder of its premise and perilous journey of its protagonists take center stage, Yoshiura’s film resonates with the fantastic visions that we’ve come to hope for in the best Japanese animation. When the flat character design, two-dimensional villains, and unengaging narrative counter-act that, it falls flat. Like its two lead characters, it is of two worlds.

A clear Fukushima allegory, “Patema Inverted” takes place after a freak accident, spurned by men trying to experiment with Mother Nature, essentially eliminates gravity for a large percentage of the world. People, buildings, foliage—all of it sent spinning above the clouds. Where did these people go? Did they spin off into space? No one knows, but a select few survivors make it underground where they form a new society and future generations don’t even know about the surface of the planet.

Patema is one of these underground survivors who “falls up” back to Earth, only to find that not everyone ascended. A society has formed that proclaims that the sinners were taken to the sky, leaving only a dictatorial regime on the planet. They encourage their young people to become "citizens," stop dreaming and looking to the clouds or risk being sucked up by them. Here, Patema meets Age, Romeo to her Juliet, and the two discover that they can essentially fly if they hold on tight to each other, one’s gravital pull balancing the other’s. They try to stay together despite a world that literally can’t put them on the same plane.

When Patema and Age are exploring the new limitations of their world, the movie works. It is a beautiful allegory for love and progress—seeing the very environment that surrounds you from a new axis. Age and Patema have been fed lies their entire life and the connection they find leads to discovery. They have moments together in which “Patema Inverted” approaches true beauty.

Sadly, there’s a lot of material around that core dynamic that feels flat, especially the villains, who never engage as a true threat. “Patema Inverted” could have been a really strong action movie—there are beats in the final act that approach that—but the narrative wasn’t developed right, alternating between tones and styles too drastically to be effective. To be blunt, most of the “action” of the piece left me bored. I was far more intrigued by the small beats: the widened eyes of two people finding each other, the shots of the universe that Yoshiura has designed, etc. It’s the storytelling that doesn’t have the impact beyond the concept and it's a testament to the strength of that core idea that the film still connects as often as it does. 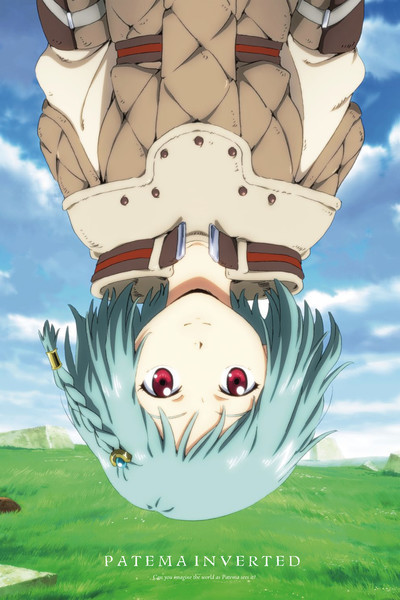