That's a lot of stuff going on at once, all of which feels rather familiar but none of which the film ever truly gets right. Remember how Paula Abdul used to remark on "American Idol" that a contestant took a song and really made it her own? Marie, in his feature filmmaking debut, borrows a lot of elements but never really makes them his own.

Even by the gritty, trashy standards of this genre, "Paris Countdown" is rather unremarkable and, ultimately, forgettable.

Olivier Marchal and Jacques Gamblin co-star as Milan and Victor, lifelong friends who, in their 40s, find themselves the co-owners of a struggling nightclub along the Seine. Hoping to get out of debt with a loan shark, they agree to travel to Ciudad Juarez, Mexico (which Marie depicts with a desolate, orangey bleakness as if it were another planet), to make a drug deal on his behalf.

These things never turn out well, as we know from the movies, and in no time Milan and Victor are being beaten to a bloody pulp by rogue Mexican cops, including one who's found creative uses for his power drill. They have no choice but to inform on Serki (Carlo Brandt), the menacing man they were scheduled to meet that day, a choice that saves their lives but destroys their friendship.

Six years later, the two are living separate lives. Victor is a successful restaurant owner and family man, while Milan is divorced and clearly in disarray, which Marie indicates through a shorthand of chain-smoking and naked hookers. But when the psychopathic Serki is released from prison with a revenge mission, Victor and Milan have no choice but to reconcile in hopes of staying alive once more.

"Paris Countdown" is actually more effective in its quieter moments, as Victor and Milan spend time reconnecting and reminiscing—on a boat, in a car, driving around the city they both love and visiting old friends. The initial, prickly tension eventually melts. They may look tough with their craggy faces, rich in character, but as they discuss their lives, choices and regrets, it's clear that they're in way over their heads against this driven bad guy and his small army.

But Marie seems more interested in trying to startle us on this journey through Paris nightlife, both its high end and its underbelly. Victor and Milan go from a cheesy disco to an elite sex club, from a neon-lighted high-rise loft to the cold, hard pavement below. A generically droning techno score accompanies all these adventures. Quite often, in stillness, Marie employs a distracting shaky cam for apparently no reason, to the point where it becomes nausea inducing.

He interrupts his general vibe of studied, sleazy stylishness for quick bursts of bloody violence. A slow-motion shootout in a hotel corridor turns almost comical with a seemingly endless array of gunmen emerging from a nearby room, as if it were a clown car.

Eventually, Victor and Milan simply become animals out of their sheer need to survive: brawling with each other in the street in the middle of the night, killing other people. But you never truly buy their supposed transformation, which literally took place overnight. 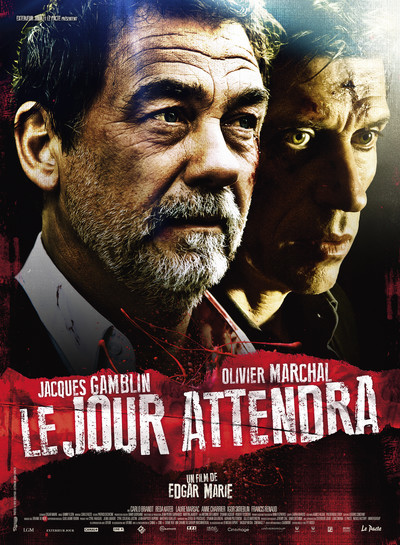