In the opening scene of Alex Lehmann’s buddy dramedy, “Paddleton,” the movie’s central characters are side-by-side, listening to the kind of news no one wants to hear from a doctor. Mike (Mark Duplass) may have cancer, a diagnosis he’s still processing when his fussy friend, Andy (Ray Romano), asks a slew of questions. The doctor reads Andy’s zealous concern for Mike to mean that they’re close – perhaps a brother or partner? She asks the pair about their relationship, and they clarify that they’re just friends. Andy goes a step further to say he’s Mike’s upstairs neighbor.

This is not the last time the two will be asked about their close friendship. The world around them may not understand their connection, but “Paddleton” is so focused on the two that any questions or curious glances soon become a part of the background. Over the course of Mike’s failing health, the two will reminisce about old times, obsess over their favorite kung fu movies and fight over Mike’s decision to end his life before his illness takes him. In some ways, the two old friends do act like an old married “Odd Couple,” with Mike as the laid back half of the duo and Andy as the more anxious presence.

Lehmann and Duplass’ affecting screenplay never loses its sense of humor even when the characters know their kung fu movie nights and afternoon games of “paddleton” are numbered. In a way, the character’s rapport is somewhat of tag-team effort where the cooler-headed Mike smooths over whatever feathers Andy has ruffled. He does so out of loyalty to his friend, no matter how tedious the argument might have been. Andy thinks Mike should speak up more, demand better service and fight cancer for as long as he can. There’s a tinge of selfishness in that wish, and not even Mike can bring himself to be mad at Andy for that.

In order to pick-up Mike’s right-to-die prescription, the friends have to take one last roadtrip to a quaint tourist town made up of fake old European buildings. They check into an antique looking hotel with a Dutch windmill out front. The staff wear their hair in braids and match their costume uniforms to the hotel’s European theme. Later, a small sign reads “Denmarket Square,” which about properly sums up the town’s brand of kitsch. The silly aesthetics of it all brings some much needed absurdity to contrast against the harsh reality that’s coming soon.

Romano’s performance in “Paddleton” is an incredible work of humor. He creates a character capable of annoying anyone who’s just met him. Many of the movie’s funniest moments allow Romano to play this awkward being to his full, cringe-inducing potential. Yet, although he can be callous or selfish, Romano gives Andy so much vulnerability and a surprising show of strength to be there for his best friend in the worst moment of his life – of both their lives. There are notes of sadness in each of the performances that are never addressed, but perhaps that’s what helped bring these two characters together in the first place. They saw a bit of themselves in each other.

“Paddleton” is an appreciation of friendship for better or for worse, in sickness and in health. It’s about the way your best friend notices things about you that you may not know about yourself. Even the movie’s title, “Paddleton,” is an inside joke between Mike and Andy: it’s a made-up racquetball-like game they play on the side of an old drive-in theater. It’s yet another thing no one else looking at them would likely understand. There’s a bittersweet feeling in the last few scenes of the movie as Mike and Andy are finally telling each other things they should have said before. We might not know when relationships will end or when loved ones will leave us, and “Paddleton” so gently reminds us that we’re always running out of time to see each other, talk to each other and quote our favorite movies to each other.

This review was filed from the Sundance Film Festival. 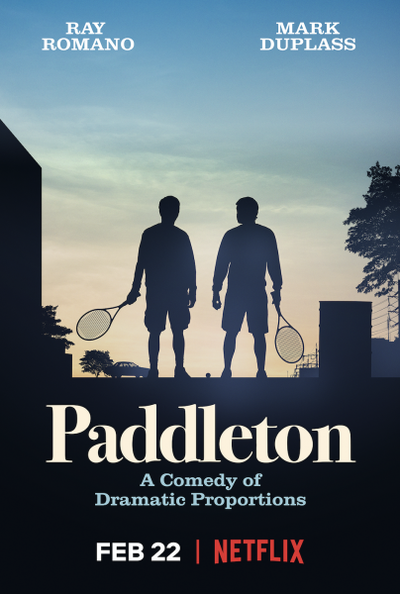