Adapted from the novel by Min Jin Lee, creator Soo Hugh’s Apple TV+ series “Pachinko” is an emotional, expressive retracing though history that honors how Koreans were affected by Japanese colonization of Korea in the 20th century. It is a tribute to the stories that would not make it to the history books, including that of the women who tried to keep households alive. Told across eight episodes, many of them an hour long and boasting major care from production, it is an impressive, grandiose work, with one major caveat—it’s one of those adaptations that makes you want to read the book because certain pieces to the plotting seem to be missing.

The story concerns four generations, revolving around Sunja. She is the story’s tearful, sometimes hopeful eyes, and its resilient soul. When she is a child in the 1910s, portrayed by Yu-na Jeon, she is precocious and independent; she notices the fears of the adults, and does not stop from trying to calm them. But she starts to witness how the Japanese occupation of Korea affects people around her. It makes people like her father tremble in front of Japanese police. And that otherization of Koreans has also put women like her mother Yangjin (Inji Jeong), and the girl orphans at her mother's boarding house, into even lower life status.

As a teenager, portrayed in an incredible breakout performance from Minha Kim, Sunja endures so much. Her father wanted her to know “there is such thing as kindness in the world” before he died, but she sees so little of that. With her younger, braver inner fire snuffed out, it becomes heartbreaking to see this performance poignantly built out of nervous energy, of her struggling to make eye contact, even when sitting across from the rare someone who wants to help her, like Isak (Steve Sang-Hyun Noh). Sunja comes into this relationship after a wealth of heartbreak and devastation, including a relationship with a fish market player named Koh Hansu (Lee Min-Ho), which left her with even less faith in the world, and the shame of being pregnant out of wedlock. Isak offers her a way out, and it involves leaving Korea for good.

In 1989, Sunja is a kimchi-cooking grandmother in Osaka, played by Youn Yuh-Jung who recently won an Oscar for her work in “Minari,” and gives another standout and soulful performance here. At this point, Sunja has lived a great deal of life, but now holds much of it in silence. She cares for her sister-in-law Kyunghee, and admonishes her grandson Solomon for bad cooking attitudes when he returns home. Throughout, Older Sunja flashes back to her previous life, with the time-hopping editing sometimes fading her youngest face into her older one, showing how these memories of longing have been preserved. Sunja, one of the hundreds of thousands of Koreans who moved to Japan and became stateless, dreams of going back home.

Portrayed by Jin Ha, Solomon vividly depicts the dreams and hunger from previous generations placed onto younger ones; the desire to be in control of the money, instead of being stored away in crammed spaces like Sunja was for much of her life. Fluent in English, Korean, Japanese, and world economics, he now has the financial ability to throw away old boxers, and is assigned by his American bank Shiffley’s to work a massive deal for a hotel. But the hotel plans hit a road block when it turns out there is an old Korean woman—much like his grandmother—refusing to move from her home, even with the amount of money thrown at her. Meanwhile, he receives ominous phone calls in his Tokyo office from a woman named Hana (Mari Yamamoto), who disappeared years ago but has been aware of Solomon’s every major moral decision.

Part of the excitement in watching “Pachinko” unfold is in watching two exciting directors at work, Kogonada and Justin Chon, whose approach to filmmaking is almost like their best shots. Kogonada is a wide-shot filmmaker, creating emotion out of peaceful creeks, busy fish markets, sullen boarding houses by how he places his characters within location. The South Korean-born filmmaker has earned a lot of praise for how he used gracefully modern architecture in “Columbus,” and painted his natural vision of the future in “After Yang.” Here, Kogonada is working with period and a massive scale, but maintains his intimacy.

Then there’s Chon, previously of “Blue Bayou,” “Ms. Purple,” and “Gook.” He loves to take a viewer close-up to his characters’ experiences, for us to know their joy and pain as if looking in a mirror. Chon directs episodes four, five, six, and eight, which call more into his emotional sensibilities, sometimes about letting the tears flow, or letting pressures of the past erupt. One striking scene involves a Korean singer on the Japanese cruise boat, defiantly singing a song from her country with a tear rolling down her cheek, and a steak knife in hand. His directorial care is especially resonant when working with young Sunja, and later with older Sunja, showing what toll these different systems have taken. Chon's episodes have breakaway music moments too, like when Solomon has an epiphany mid-series that sends him scurrying through a rainy Tokyo, and dancing to live music.

“Pachinko” yearns for each period to immerse a viewer like the present, even when it’s flashing back between a memory; it’s an aesthetic triumph with incredible detail and costuming across all of its periods. It all helps make the story all the more visceral while its emotions can be heavy or solemn, accompanied by fluttering strings and gentle piano chords. The production design becomes its own emotional storytelling, with its focus on clothes as class, or any time it pauses to witness the creation of Korean food, while making us appreciate how rice from Busan is different from that in Japan.

The series is held back from greatness, however, by its story editing. It’s far better at depicting this resilience than it is in building with it, creating episodes that have inherent sadness to them and a sense of danger and life, but don’t amount to a lot of momentum. Even the mystery with Hana, one of its more blatant devices to show voices of the past emerging in unexpected ways, does not build as it should. Instead, it seems to take up space from other storylines.

Later on in the series, “Pachinko” adds more family members and ends up undercutting them, leaving their arcs to be a bit underwhelming. (A cursory glance at the book's format suggests these lives are given far more detail, and were lost here because of the time-jumping approach.) But this series does not believe in closure too much, which is poignant to a point—perhaps these characters don’t get that in their own lives, but our way into them feels incomplete. Many statements that come from these lives feel rushed, like that of Solomon’s father Mosazu (Soji Arai) with his pachinko parlor business. We come to appreciate what these characters mean, more than how the story makes us feel.

“Pachinko” may not have the grandiose, accumulative power it seeks, but it does have many facets to recommend it, including the power of its storytellers, in front of and behind the camera. All of these performances carry the story's reality and history inside of them, as presented in scenes that immerse us in the period, in these hard-fought spiritual journeys. 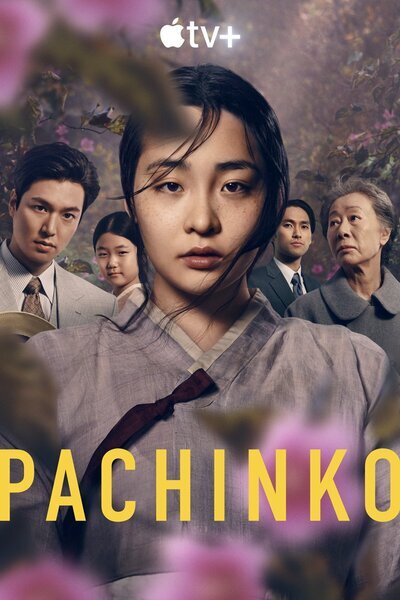