The great Chris Smith (“American Movie”) tackles the infuriating details of the college admissions scandal in his newest Netflix documentary, “Operation Varsity Blues,” taking a unique approach to telling a non-fiction story. The traditional structure here would be talking heads, some news footage, maybe some stats, and two dozen or so drone shots. However, Smith tries something different, taking the wiretapped phone calls of one of the major players in this story and casting and filming them like he was making a feature based on a true story instead of just offering boilerplate documentary reenactments. Matthew Modine plays Rick Singer, seen almost entirely on the phone, recreating the conversations with parents and academic faculty members that the government used to build a case against him. The unique approach mostly works, although it does leave a few questions unanswered regarding a case that’s kind of still unfolding. Most of all, Smith succeeds by capturing how this isn’t a case about an individual or the many parents who worked with him to cheat the system, but how the system itself is deeply broken.

Rick Singer promised wealthy parents what he called a “side door” to the most prestigious universities in the world. The front door is the traditional application method that works for fewer and fewer young people every year, those who don’t have the precisely right scores or afterschool activities, despite devoting way too much of their youth to trying to appease an impossible machine. The back door is the commonly acknowledged giant donation route—give a 7-figure amount of money for a school to build a new wing and expect your child’s application to go to the front of the line. The side door that Singer promised was more reasonable, sometimes even for under $1 million, and it often relied heavily on outright fraud, giving applicants backgrounds they didn’t have and even having an expert take their SAT and ACT tests for them to up their scores. This wasn’t just a case of money for admittance; it ran much deeper, and “Operation Varsity Blues” depicts an elaborate, multiplayer scheme that rivals the mob for its structure. Singer was just the Godfather of it all.

Of course, none of this is possible without a corrupt and unbalanced system to allow it to happen, and Smith never loses sight of that while he’s presenting the details of the case. Singer targeted athletics programs that quite simply needed the influx of cash more than others. And Smith gets some of his most interesting material from the only defendant in the case willing to talk to him (sorry for those looking for confessionals from Felicity Huffman or Lori Loughlin): Stanford sailing coach John Vandemoer, who is open about funneling Singer’s “donations” into a program that really needed it. It would have been nice if Smith could have gotten one parent to sit down and chat about the decisions they made during this entire scandal, but that wasn’t meant to be.

Perhaps that’s because of how casually this whole thing unfolded. Smith recreates conversations with Singer and his clients that sound about as intense as ordering a pizza. And the truth is that the wealthy parents who used Singer’s services saw the donations they had to make to get their kids into the best schools in the country about that seriously. Six figures to get a kid into Harvard is nothing to someone who is worth tens of millions of dollars. But why did they do it? “Operation Varsity Blues” makes the point that these educations are more about prestige than education, and it feels like the kids involved were barely consulted, and sometimes didn’t even know about the scam. Imagine the student who studied hard for the ACT, took it, and then discovered through a federal sting that the score they thought they earned had been bought. It’s kind of heartbreaking.

The bigger heartbreaker is what “Operation Varsity Blues” reveals about an entire broken system of education in this country. The truth is that income is still one of the best indicators of future education and little is being done to fix that. On one level, Rick Singer just exploited a system that is failing the young people of this country already. While he awaits sentencing, after turning on as many of his clients as he possibly could to lighten his eventual fate, I wonder if he thinks about his role in illuminating the privilege that is continuing to shape the future of this country. Or if he’s just planning his next scam. 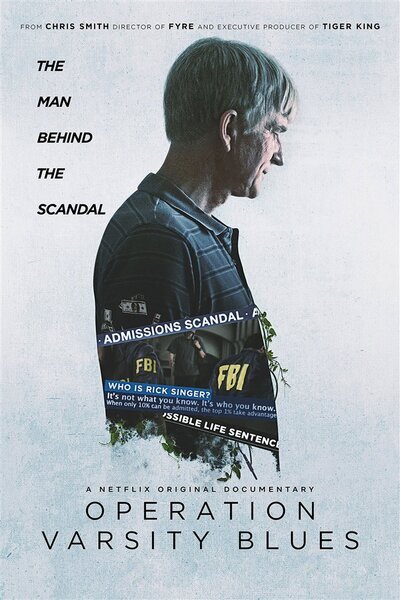