January is dumping-ground time at the movies, so it seems only fitting that we begin the month with "Open Grave," a horror flick in which Sharlto Copley wakes up in a giant pit of dead bodies with no memory of who he is or how he got there.

Actually, the premise itself is pretty intriguing. And from there, the film from Spanish director Gonzalo López-Gallego and writers Chris and Eddie Borey explores the nature of identity and memory with some style and suspense, as Copley and the other confused characters piece together their pasts. But where the story leads is so disappointing—and hackneyed—it makes the entire journey feel like an enormous waste of time.

Copley's character finds himself in this horrific situation in the middle of nowhere in the middle of the night. Trembling, dirty and bloody—and packing a pistol, for some reason—he struggles to find a way out. The film's sound design is especially effective at the beginning, amplifying the crunching, squishing and sloshing with each step he takes. Overhead shots illuminated by lightning strikes reveal the carnage that surrounds him.

Once he escapes, he stumbles into a nearby mansion in the woods where five frightened strangers similarly are suffering from memory loss. They have driver's licenses, so they know their own names, and they have keys to cars that must be somewhere on the sprawling property. But the mutual suspicion that initially grips them gives way to the realization that they must work together to survive.

They are: a twitchy German named Lukas (Thomas Kretschmann), who's sporadically seized by headaches and panicky flashbacks; the lanky and quiet Nathan (Joseph Morgan), who has strong feelings that he knows Copley's character well; the levelheaded Sharon (Erin Richards), who seems to have some vague glimmers of medical knowledge; impulsive Brit Michael (Max Wrottesley), who doesn't know who he is but recognizes he isn't as smart as everyone else; and a mute Chinese woman known as Brown Eyes (Josie Ho), who seems to serve as the mystical key who will unlock everyone else's pasts. 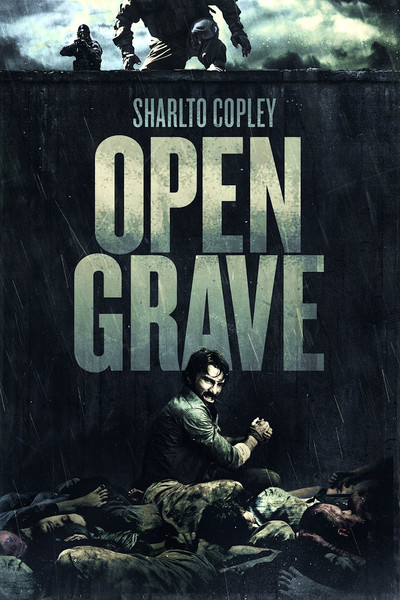