“We all lose when brilliant women go away.” Kiera Mayo, journalist for Source

Oscar-nominated filmmakers Amy Ziering and Kirby Dick, singly and together, have tackled very difficult subjects in their documentaries, from sexual assault on college campuses, to sexual assault in the military. (Ziering also executive produced the acclaimed documentary "Cameraperson"). In "On the Record," they zoom their focus in on one courageous woman—Drew Dixon, former A&R executive with hip-hop giant Def Jam Records—as she makes the difficult decision whether or not to go "on the record" about being sexually assaulted by Def Jam co-founder and all-around industry idol Russell Simmons in 1995. The focus on Dixon makes "On the Record" a little bit different from other #MeToo-movement documentaries, where the accumulation of allegations is crucial to the structure and building the case. Up to 20 women have come forward to date with allegations against Simmons, thus far, but Ziering and Dick stick with Dixon through her difficult decision-making process: she knows going public will cause chaos in her life. What are the pros and cons? Simmons has a lot of support. Still.

Dixon finally agrees to speak with Joe Coscarelli of the New York Times. Then follows an intense vetting and interview process, complete with background checks. Through Dixon, who was 24 years old when she went to work at Def Jam, we get a mini-history of the early hip-hop scene, and its development through the '80s and '90s. She loved it, she was excellent at sniffing out new talent, at taking risks, at putting disparate artists together. Just one example: she was behind Method Man's "You're All I Need to Get By," featuring Mary J. Blige, a smash hit which still gets radio play. But this is just one of her many accomplishments.

In 1995, Simmons lured her up to his apartment, telling her he had a demo he wanted to show her. He proceeded to assault her, and she was so frightened she blacked out. Years later, she realized, after hearing other womens' stories, that there was no demo. It all was a ruse. Dixon ended up quitting and moving to Arista, where she was put in a "quid pro quo" situation with L.A. Reid, who passed on all of her suggestions (he passed on Kanye West and John Legend) because she wouldn't sleep with him. Finally, fed up, she left the business and went to Harvard Business School. But something in her was broken, some essential light had been snuffed out, and the pain is palpable in her voice and face when she speaks.

"On the Record" generated a lot of controversy at Sundance when producer Oprah Winfrey withdrew her support for the film, citing differences with the filmmakers. Her decision had catastrophic results: the film lost its distribution deal, and much of the initial chatter focused on Oprah, as opposed to the film itself. "On the Record" rebounded from that early bump in the road and has, thankfully, found a home. A series like "Surviving R. Kelly" works through accumulation, as the stories pouring out from so many different women morph into one single story, especially since the M.O. in each allegation is the same. (The Harvey Weinstein story worked similarly, through ballooning accumulation. This is not to negate each individual woman's experience, but to say that the accumulation works as damning corroboration.) "On the Record" operates differently, although other accusers are also interviewed, namely former fashion model Sri Lai Abrams and Sheri Sher, member of Mercedes Ladies, the first all-female hip hop group, who got a career boost from Russell Simmons early on.

The intersectional issues at play here are explosive, and the documentary does a good job of unpacking it. #MeToo founder Tarana Burke, author Kimberlé Crenshaw, and others, speak of the specific challenges black women face when they come forward against a black man, the fears that their allegations will play into white America's history of viewing black men as violent. Dixon worries about adding "fuel to the fire of the sexually aggressive black man" and says, chillingly, "I decided to take one for the team." There's also the fear of being called a "traitor" to their race, due to the unspoken (and spoken) understanding that black women are expected to protect black men, who have been historically singled out in America for punishment. All of this acts as a silencer on black women. Many of the survivors in "On the Record" mention remembering the less-than-supportive reaction of the black community to people like Desiree Washington, Mike Tyson's accuser. Many of them talk about Anita Hill's testimony.

There's a section in "On the Record" focusing on the misogyny found in much of hip-hop, the lyrics, the music videos, etc., and how it normalized a culture of disrespect towards women. The attempts to connect this to misogynistic lyrics in white rock 'n roll—to show it's not just an issue with hip-hop—is so sloppily done it feels like an afterthought, tossed together on the fly. The whole subject—how the content of art affects attitudes in the "real" world—deserves a more thoughtful discussion than is given here.

I couldn't help but think as I watched "On the Record": where are the interviews with all the male artists Drew Dixon not only promoted, but helped launch? Where are the male artists she fought for, the ones she helped usher to fame, awards, to success beyond their wildest dreams? Crickets. Ziering and Dick have spoken about how challenging it was to get men to speak with them on camera. With kudos to the few outliers, it's a disgrace more men haven’t shown their support.

Mayo's statement at the top of this review is the dark and urgent subtext of every single one of these stories. Beyond laying out the accusations against Simmons, "On the Record" is a deeply mournful portrait of lost potential, of a woman run out of a business that she not only loved, but helped create. What do we lose when women decide to step aside, to resign, to walk away, because the "price of admission" into the culture (i.e. tolerating sexual harassment, not speaking out, being "a good sport") is too high? "On the Record" does a lot of things very well, but what it does best of all is back up Mayo's eloquent and pained statement. Everybody loses when women go away. 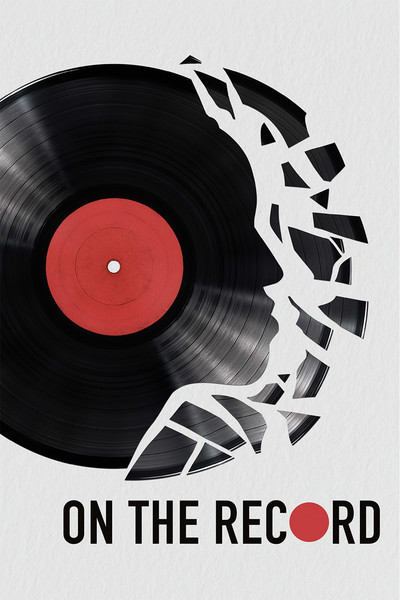 Drew Dixon as Herself

Sil Lai Abrams as Herself

Sheri Hines as Herself

Kimberlé Crenshaw as Herself

Shanita Hubbard as Herself

Joan Morgan as Herself