The atrocities in Ukraine have cast a brighter spotlight on the regime of Vladimir Putin, while also turning Volodymyr Zelensky into an international figure. Zelensky isn’t the first politician to challenge Putin’s abuse of power, and an excellent new documentary that premiered at Sundance and lands on CNN on Sunday should introduce the world to another courageous voice of the opposition, Alexei Navalny. He opens Daniel Roher’s “Navalny” with the suggestion that the filmmaker is “making a movie for the case of my death.” The brilliant anti-corruption activist knows what it means to confront a dictator, and he knows that his life is constantly in danger. After all, Putin has already tried to kill him at least once.

After a relatively brief background on Navalny (that, to Roher's credit, challenges some of the politician's previous allegiances with nationalist causes) and how he became such an enemy of Putin that the world leader refuses to even say his name in public, “Navalny” spends most of its time recounting the period in his life in which the Russian government tried to murder him (segueing into that bulk of the film with the great line, “And then I died.”) When Navalny was returning from a trip to Siberia in August 2020, his body basically collapsed—footage of him moaning in pain is terrifying. The plane had to make an emergency landing at Omsk—Alexei would be dead without that quick decision—and Navalny was taken to a hospital there, where his life was very clearly still in danger. When you’ve been poisoned by the government, institutions like hospitals aren’t exactly safe. Raw footage of Alexei’s wife Yulia trying to get answers from his doctors and trying to get him released make for one of several sections in which “Navalny” plays like a thriller.

With the help of some international pressure, Alexei Navalny was released two days later and taken to a hospital in Berlin, where it was confirmed he had been dosed with something called the Novichok nerve agent, a poison that happens to be a personal favorite of Putin’s. There’s an amazing section wherein everyone in Navalny’s circle is simply flabbergasted that Putin chose Novichok to try and kill Navalny because it’s like signing his name to the assassination. The Kremlin has denied the attempt, although the film makes a pretty convincing case that this denial is silly.

After it was certain that Navalny would survive the assassination attempt, Alexei and his team at the Anti-Corruption Foundation began an investigation, assisted by journalists like Christo Grozev. Using flight manifests and extensive research, Navalny and his team unraveled a conspiracy in a way that makes “Navalny” the film one of the most thrilling of the year. Roher and his team are quite literally watching history unfold as an opposition leader uncovers the truth about an attempt on his life. There’s a scene with a phone call that should be on any list of the best documentary moments in recent memory. It’s like capturing lightning on film.

Roher deserves more credit than just being in the right place at the right time, however. He assembles “Navalny” well and draws out the figure's charisma in interviews, highlighting his leadership skills and the perilous place occupied by anyone who publicly opposes Putin in a way that makes it relatable and harrowing. There’s a poignant tragedy to the final scenes of “Navalny” that feels more pronounced than when the film played at Sundance because of what’s now happening in Ukraine. Even after everything that Alexei Navalny exposed, he’s still behind bars, where it feels he will spend the rest of his life. "Navalny" is a film that can’t find justice for its subject. But it can expose the truth. 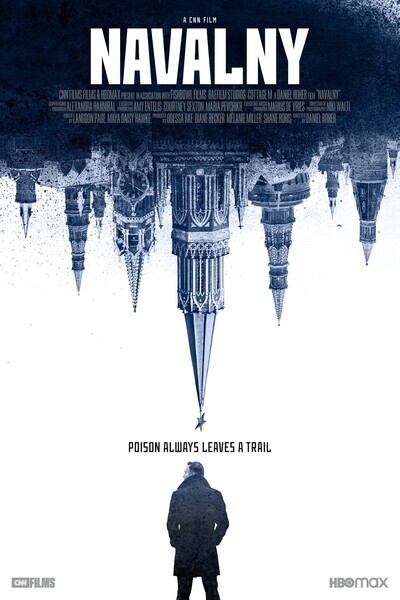 Alexey Navalny as Self