A woman who’s unhappy at work and at home suffers a bizarre accident that knocks her out. When she comes to, she finds she has acquired strange new abilities and a burst of confidence that allow her to seize control of her life like never before.

No, we’re not talking about the Amy Schumer comedy “I Feel Pretty,” but rather the Isabelle Huppert comedy “Mrs. Hyde.” At least it’s sort of a comedy, and a dark one, for a while. But eventually it becomes a half-baked, sci-fi horror flick, and even a bit of a drama. Like “I Feel Pretty,” it uses its high-concept premise to explore notions of feminine power, at least superficially—and similarly, its execution ends up being problematic.

Huppert can’t help but be anything but great, though, and she dances between these various genres adroitly. She doesn’t get the opportunity to be funny very often, and while her complex, dramatic work in recent films including “Elle,” “Things to Come” and “Happy End” has been riveting, it’s also a pleasure to see the various other sides of her formidable talent shine through. If only the material itself were as consistent.

Writer/director Serge Bozon’s film, based very loosely on the Robert Louis Stevenson classic “The Strange Case of Dr. Jekyll and Mr. Hyde,” features Huppert as Madame Gequil, a timid physics teacher at a French technical high school. She’s hugely unpopular with students and fellow teachers alike. The kids mock her, disrespect her, talk back to her. She clearly cares deeply about getting through to them, though—you can see it in the body language of her tense, tiny frame as she struggles to establish order. It’s unusual to see Huppert play a role in which she’s not completely in command; here, she uses her expert technique to indicate her character’s fragility and tentative nature through her physicality.

While working on an experiment in her lab one afternoon, Madame Gequil gets zapped by lightning, and she’s still feeling out of sorts when she gets up and goes home afterward. Her husband (Jose Garcia) stares at her. The dogs bark at her. But in time she starts feeling great—running everywhere, making inappropriate outbursts, flirting brazenly with Monsieur Gequil and (most importantly) asserting her authority in the classroom.

“I’ve never had so much energy in my whole career!” she exclaims to the pompous, pretty-boy principal (Romain Duris), who calls to mind a Will Arnett character in that he’s simultaneously full of himself yet empty.

At this point, “Mrs. Hyde” starts to feel like an understated version of a zany ‘80s comedy like “Zapped!” or “Weird Science”—movies with characters who gain incredible new powers through experiments gone wrong, which they exploit for cheap thrills. About a third of the way through the film, Madame Gequil finds she can transform herself into pure light (rendered vaguely by blurry visual effects), which causes damage that’s both accidental and intentional.

Weirdly, though, Bozon doesn’t seem all that interested in discovering what this newfound strength does to bolster Madame Gequil’s sense of self. She never unleashes fully to explore pent-up urges and exact revenge on those who’ve wronged her over the years. Rather, she focuses on being a better teacher, specifically to a disabled teen named Malik (Adda Senani) who’s been especially insubordinate and cruel to her. (Bozon also seems to be making a statement about racial and economic disparities in France, but he only skims the surface of this fraught topic.)

That’s noble and all, but it leaves “Mrs. Hyde” dragging just when it should be picking up steam. Bozon favors long, dry speeches and classroom exchanges about physics theory, which certainly place us squarely within this academic setting, but they’re also delivered in a way that’s quite dull. On the flip side of that, though, his overall deadpan tone can work well to comic effect, as it does in a scene where two female students deliver their class project: a skit in which they play prostitutes matter-of-factly discussing the importance of condom use. Similarly, when a student dies, the memorial for him on campus is hilariously unsentimental.

Maybe it’s only fitting that a Jekyll-and-Hyde tale would be of two minds. Unfortunately, neither of them is completely satisfying. 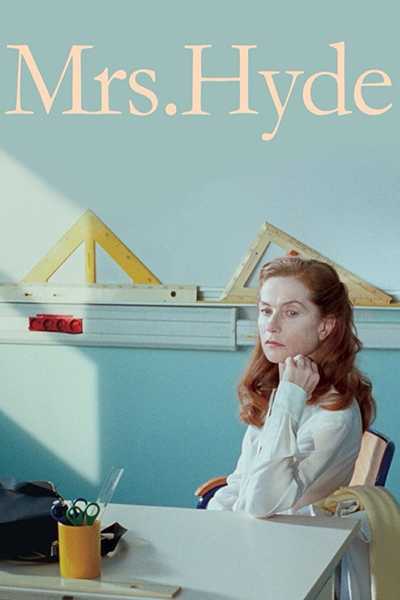