The Amy Schumer comedy “I Feel Pretty” has generated a bit of backlash before it’s even come out, with many folks concerned that it’s relying on body shaming to generate cheap laughs. But that’s actually not even the movie’s biggest problem.

Schumer stars as a funny and capable but insecure young woman named Renee who bonks her head in a ghastly accident at a packed Manhattan spin class. When she regains consciousness, she believes she’s been magically transformed into the gorgeous bombshell she’s always dreamed of becoming. A steady diet of YouTube hair and makeup tutorials and Cosmopolitan magazine articles—not to mention that she works for a cosmetics company, so she’s a cog in the image machinery herself—has warped her notions of what constitutes true beauty.

But the clever central conceit in the script from Abby Kohn and Marc Silverstein—a longtime writing team (“Never Been Kissed,” “He’s Just Not That Into You,” “How to Be Single”) also making their directorial debut—is that Renee’s outward appearance never changes. She thinks she’s suddenly unrecognizable. But really, Renee simply begins radiating the confidence that’s long eluded her, which leads to the kinds of opportunities she always hoped stunning looks would create. She lands her dream job as a receptionist at the high-end makeup company where she’d been toiling in obscurity. She’s a flirty social butterfly during the most mundane dive-bar outings with her two best pals (Aidy Bryant and Busy Phillips). And she gets a boyfriend (Rory Scovel) who’s attracted to her precisely because she’s a fun, fearless female, to borrow the Cosmo lingo.

This is a high-concept, modern-day fairy tale—a female version of “Big,” which “I Feel Pretty” even acknowledges by having Renee watch the Tom Hanks classic on TV before she tosses a coin in a fountain and makes a wish on a stormy night. Even the spin teacher at SoulCycle functions as a high-energy fairy godmother, sprinkling Renee with feel-good mantras before she takes her fateful tumble. It’s the happily-ever-after portion of the story that’s problematic.

Schumer has long challenged traditional ideas of femininity, from her stand-up comedy work to her television series “Inside Amy Schumer” to films like the surprisingly emotional “Trainwreck” and the less-successful “Snatched.” She can be simultaneously brash and sly—swaggering, yet self-deprecating. And watching her inspired delivery and unabashed physicality is one of the film’s great joys. Kohn and Silverstein play with music and camera angles to contrast how Renee newly sees herself in the world—strutting through a crowd with the perfect song punctuating every step—and the uneventful reality.

But playing a character with self-esteem issues—the Renee at the beginning and end of the film—is a bit of a departure for her, and it also allows her some genuinely dramatic moments. In an early scene, she comes home to her cramped Chinatown apartment after a night out with her girlfriends, strips down to her ill-fitting bra and flesh-colored Spanx and sadly surveys what she sees in the full-length mirror. This is not body shaming; this is a sensation every woman has experienced countless times in her life, regardless of her shape or how others might perceive her.

The idea that Renee possessed the confidence she was seeking all along is a well-worn cliché, but “I Feel Pretty” comes at it from a slightly different angle. This is no ugly duckling makeover comedy. There is no trying-on-clothes montage with Cyndi Lauper’s “Girls Just Want to Have Fun” blasting in the background. But the you-go-girl pep talk Renee gives at the film’s moment of truth—at the launch party for a new line of affordable cosmetics aimed at everyday women—isn’t just empty and hackneyed. It also completely undermines the premise of “I Feel Pretty.” It suggests that giving into brand marketing and buying the right blush at a low price (probably from Target, which gets name-checked frequently) is the key to happiness—that achieving external beauty first can change how you feel internally.

Didn’t “I Feel Pretty” just spend the previous 100 minutes or so arguing the exact opposite?

Until that point, though, I was along for the ride. And a lot of that has to do with Schumer’s interactions with the inspired supporting cast.

Michelle Williams is the movie’s absolute MVP as the willowy Avery LeClair, heiress to the cosmetics line named for her glamorous grandmother, Lily LeClair (Lauren Hutton), who hires Renee for the receptionist job and increasingly leans on her for advice. What Williams is doing here is brilliantly controlled lunacy, starting with her voice: a squeaky baby-doll sound that comes out of nowhere disarms us from the first moment we hear it. Williams is so revered for her powerful dramatic roles by now that she doesn’t get nearly enough of a chance to tap into her comic abilities. From her studied, hesitant delivery to the hilariously awkward way she carries herself, it’s clear she’s having a blast with this wonderfully weird performance. (She does not, however, get to enjoy an on-screen “Dawson’s Creek” reunion with Phillips, her real-life BFF.)

Schumer also has a nice, natural chemistry with Scovel, whose character is admittedly insecure himself and is in awe of Renee’s charm and fortitude. Bryant and Phillips also are afforded more characterization than you often see in the wacky sidekick/best friend roles. And fellow comedian Dave Attell is his delightfully twisted self as the MC at a Coney Island bikini contest where Renee puts on a wild spectacle compared to the typical skinny girls who populate such events.

Again, this isn’t a moment of body shaming. It’s an unbridled display of enthusiasm. We’re laughing with her, not at her. If only the rest of the film had such complete confidence. 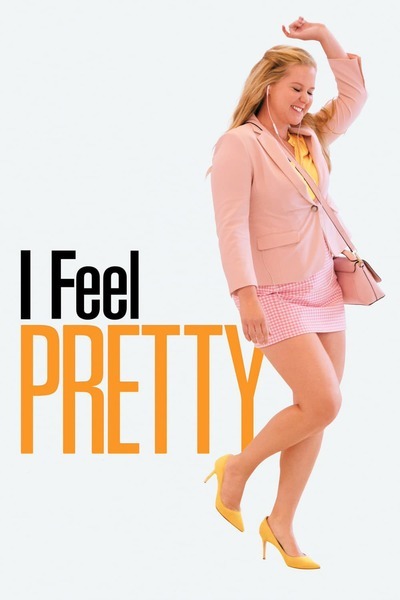 Rated PG-13 for sexual content, some partial nudity, and language.