Anyone aware of the 2020 Riz Ahmed-starring film “Sound of Metal,” for which the actor was nominated for a Best Actor Academy Award, probably has one question after reading the logline or watching the trailer for his latest film, “Mogul Mowgli.” “Another movie about Riz Ahmed as a musician hit by an unexpected medical condition?” is surely being uttered by many a skeptic, and sure, there's some unexpected overlap here in terms of broad narrative. But such a hasty judgment diminishes the aesthetic power and cultural curiosity of “Mogul Mowgli,” which lobs up wieldy, potentially impossible-to-answer questions about individual ambition, inherited trauma, artistic integrity, and cultural assimilation and does its best to tackle them all. The result is a simultaneously deeply personal and sometimes-opaque cinematic experience that often feels like walking through memories—messy, malleable—in search of an intrinsic inner truth. Wrapped around the transforming Ahmed like a cocoon, “Mogul Mowgli” comes to vibrant, poignant life.

Co-written by Ahmed and director Bassam Tariq, “Mogul Mowgli” is shaped by their shared creative motivations. Tariq, whose blogging project “30 Mosques in 30 Days” gained much press attention and whose 2013 documentary “These Birds Walk” followed Pakistani street kids, has spoken often about his desire to depict Muslim lives in ways that aren’t solely about accusations of terrorism. In a 2018 New York Times profile, Ahmed was open about his passion for and knowledge of Islamic art, and he’s also made plain his desire to star in a Hamlet adaptation and to work alongside other South Asian, Middle Eastern, North African, and Muslim creators. He’s adapting the novel Exit West, by Pakistani author Mohsin Hamid, for Netflix, and as a producer, he worked on the refugee-focused, animated documentary “Flee,” coming out in December.

All of this is to say that as artists, filmmakers, and creators, Ahmed and Tariq prioritize an ideology that can be found in Ahmed’s song “Fast Lava”: “I spit my truth and it’s brown.” That song, and a few others from Ahmed’s 2020 concept album The Long Goodbye, come up throughout “Mogul Mowgli,” which stars Ahmed as up-and-coming British-Pakistani rapper Zed. Zed has been working at breaking through for the past 15 years: moving to the United States, touring incessantly, grinding on social media, and representing an image of Muslims that is proud, unapologetic, combative, and dignified.

When his manager Vaseem (Anjana Vasan, of the exceptional “We Are Lady Parts”) excitedly informs him that he’s scored an opening slot on a major rapper’s tour, Zed is overjoyed. Finally, his career is coming together, and maybe his life can begin. But after two years away from home, he decides to make a short stop in London, where his parents treat his music with a mixture of wary distance and awkward pride. Mother Nasra (Sudha Bhuchar), who works at a local grocery store, is too sheepish to open her son’s gift of a dishwasher, while father Bashir (Alyy Khan), who has a string of failed businesses behind him, asks, “Tell me, do people even remember the opening act?”

At home, Zed is ensconced in the culture he bristles against while still mining for his lyrics and his persona. As his mother burns peppers to ward off the evil eye, Zed shares that he’s not fasting for Ramadan. He goes to pray at the local mosque with his father, but makes a basic blunder regarding religious etiquette for the holy month. His cousin criticizes his nickname and asks why he doesn’t go by Zaheer, his full name (“You went to America and it all got to your head”); a man who claims to be a fan actually mistakes him for another Muslim rapper, the face-tattooed RPG (Nabhaan Rizwan), whose thug-life vibe Zed despises. When you market yourself based on your authenticity, how much is too much? How much is enough?

All of this comes to a head when Zed falls mysteriously ill, is hospitalized, and struggles with the possibility that he may never get better. At this point, the “Sound of Metal” comparisons will come fast and furious—but unlike Darius Marder’s film, which is relentlessly linear in its arc of addiction, acceptance, pain, and growth, “Mogul Mowgli” deviates and wanders and waits. Sure, Ahmed is raw and fragile, as he was in “Sound of Metal,” and “Blindspotting” fans might respond to the earnestness and urgency of Ahmed’s in-film rapping. But as a narrative, “Mogul Mowgli” often slips into memory and imagined sequences, and that impact is twofold. On the one hand, Tariq shoots these scenes beautifully, planting the film’s actors in a crisply captured, surreally intimate 4:3 aspect ratio. On the other hand, like a half-forgotten thing, these scenes are often more suggestive than straightforward, and lead to some stuttering pacing.

Bashir’s memories of going from India to Pakistan by train during the religion- and land-based Partition, a journey that was defined by horrendous violence and fear, are visually evocative (splashes of blood, slices of light, floating feathers) but emotionally straightforward. So are an adult Zed appearing in his childhood Quran class, and then revisiting a horribly embarrassing “8 Mile”-style freestyle battle—the character’s outsider status is obviously felt through Ahmed’s vulnerability and braggadocio. But the film’s most recurring element is also its most difficult to parse: the figure of Gulab Mian (Jeff Mirza), a singer covered in glitter and with his face hidden behind a sehra, a traditional flower headdress worn by Indian, Pakistani, and Bangladeshi men at their weddings. He floats through Zed’s subconscious, an abstract representation of the cultural-diaspora wound, literally standing on Zed’s back and stalking his thoughts. The script talks around Gulab Mian without fully explaining him, and particularly interested viewers will need to do some independent research and read Pakistani writer Saadat Hasan Manto’s 1955 short story Toba Tek Singh to fully grasp the significance. Homework is fine! But within the film itself, certain elements are so metaphorical that they might confuse rather than captivate.

At a certain level, though, “Mogul Mowgli” needs those symbolic elements because their unknowability is essential to our understanding of self—especially if you’re an outsider, an other, a them, a person displaced and dispossessed. Who you are isn’t an x + y = z equation, but a confluence of factors and motivators and inspirations that make a singular whole. Maybe not entirely good, maybe not entirely bad. Maybe not entirely selfish, maybe not entirely selfless. Identity isn’t a binary, and Ahmed’s face, staring directly into the camera in the final moments of “Mogul Mowgli,” captures the bravery of knowing you stand somewhere in between the extremes rather than on either side of them. 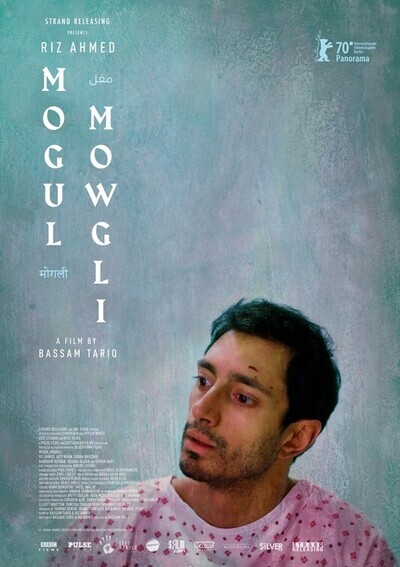