Eddie Mensore's "Mine 9," about a group of coal miners trying to survive a cave-in, is a bravura display of storytelling prowess, turning liabilities into virtues in the manner of all good low-budget films. Borrowing equally from the survival movie and the horror genre, it starts out by flat-out promising that something unspeakably awful is going to happen to a group of men led by section leader Zeke (Terry Serpico), and then delivers, in the best/worst way.

A near-disaster in the prologue establishes that increasing methane levels are putting the workers of Mine 9 in danger, but the system is ill-equipped to do anything about it. As the miners discuss amongst themselves, whenever a mine gets shut down by safety regulators, they don't get a paycheck. If one of them dies on the job, at least their family will get a payout—a scenario they prefer to unemployment, grim as that sounds. On top of that, if an accident traps miners in a shaft, federal investigators won't help them, because they have a rule against sending their own people into a situation that's been established as life-threatening. All of which means that when things go bad, these guys are on their own.

Mensore seems to have carefully studied the tough-guy action films of the 1960s and '70s. At its best, "Mine 9" feels like a movie from that era, from the documentary-like emphasis on the rituals of donning and removing uniforms and gathering equipment, to the decision to keep film score music to a bare minimum (Marucio Yazigi's work is mostly ambient and subliminal; sometimes we mistake it for natural or mechanical noises), to dealing with exposition by having a newbie, Zeke's eighteen-year old nephew Ryan (Drew Starkey), ask questions of the veterans accompanying him on his first trip into the mine. (Anybody who's seen a war movie will immediately fear for the new kid's safety; at least Mensore resisted the temptation to have him show off a picture of his fiancee.)

This is not a perfect film by any means. The characterizations are thin, in the manner of a standard-issue war picture about a platoon of mismatched grunts. Each of the miners is largely defined by a single trait, such as innocence, piety, alcoholism, or a sense of paternal responsibility to the rest of the group, and they only occasionally rise above that, although once all hell breaks loose, the ability to watch them in action adds depth.

And even though short feature films are becoming rarer these days, and should be applauded on principle, this one feels too short. By the end, you're so invested in the well-being of these men that you may wish the story had continued a bit further, to show them dealing with the psychological and maybe legal aftermath of what happened. (It's easy to imagine a sequel where the survivors go to court seeking justice from the company, then turn to robbery or terrorism when they realize that the system is rigged against them.)

Still, this is an impressive piece of work that deploys low-budget filmmaking techniques with cleverness. You feel as if you're in that crumbling mine shaft with the heroes, who've already survived one close call and now find themselves trapped deep beneath the earth during a rainstorm. The sound design, supervised by Michael Hardman, is nerve-jangling in the manner of a very assured horror film, especially when the men have to play doctor on the spot, using tools that were designed to split rock. Matthew Boyd's cinematography uses darkness for atmosphere and visual flair, often creating frames-within-frames that suggest Renaissance paintings matted with torn black paper (or monster movies that deal in claustrophobic gloom, like the original "Alien" and "The Descent").

Most impressive of all is the way that both the cast and the filmmakers try to root every moment in physical reality. It's not often that you see a thriller that is, in its heart, about workplace safety, the lengths that people will go to in order to support their families, and the way that machismo and tradition combine to rationalize away the coldness of industry. These men are well-aware that the world as it is can be brutal to workers. But it's the only world they know, and so they do whatever they have to do to survive in it. When the closing credits play out over footage of real miners who live and work in the locations where the movie was shot, it almost unbalances the whole thing, because although the fiction you just watched was engrossing, the reality that inspired it is profound. 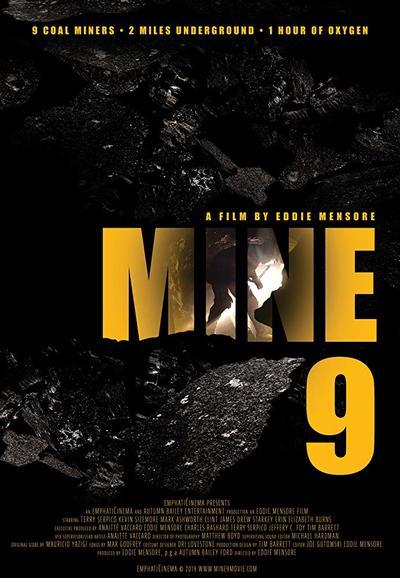