These days, it’s never any good to be part of an elite. UNLESS it’s an elite member of an elite squad of intelligence operatives and trained killers working under the radar of official scrutiny to protect our most vital yadda yadda yadda. Then it’s good!

Mark Wahlberg plays just such a soul, one James “Jimmy” Silva, in “Mile 22,” the new film once again teaming Wahlberg with director Peter “Join the army, motherfu—er” Berg. Messrs. Wahlberg and Berg have made some hella manly films together, all of them up until now based on true stories: “Lone Survivor,” “Deepwater Horizon,” “Patriots Day.” “Mile 22,” written by Lea Carpenter from a story she concocted with Graham Roland, is an entirely fictional work, but if you think it doesn’t have something to say about the here and now that we’re living in you’re … well, it’s complicated. Also kind of dumb. Maybe not worth getting into so much.

The movie opens with a scene in a bucolic suburban cul-de-sac that demonstrates the sophistication of Jimmy’s crew. He’s in a backyard with a sniper’s rifle, while his colleagues are at the front door of a tasteful colonial house pretending to be lost. Inside the house are a bunch of Russians up to no good. They, and we, know this because a remote crew, headed by John Malkovich as “Mother” (the agents on the ground are called “Child 1,” “Child 2,” and so on) has the house surveilled by drones. They’ve also got Jimmy and the crew’s vitals monitored. Slick. Still, the operation doesn’t go quite as planned. There’s some missing dirty bomb material they don’t retrieve, and a suspiciously young asset from whom Jimmy extracts the ultimate price. Hmm.

A credit sequence establishes Wahlberg’s character as a kind of Jack Ryan on speed. He was a child prodigy! With anger issues! Who lost his family at a young age! His CIA agent status is actually his cover, and he has to resign from the agency every time he works with Malkovich and company! Subsequent scenes reveals he curses a lot, as does his closest colleague Alice (Lauren Cohan), who saves most of her profanity for her ex-husband Luke (played by Berg in a coy cameo). Jimmy is actively unpleasant when he’s mission-focused; his motormouth raps at underlings show that he’s both crazy like a fox and crazy like an outhouse rat. On the trail of the dirty bomb material, Jimmy and Alice butt heads with a Southeast Asian source who has the location of the stuff, but won’t give it up until he’s on a plane to America, where he wants asylum.

The title refers to the number of miles between the U.S. Embassy and the airstrip where that plane will leave from. The local corrupt government is going to do everything in its power to keep Jimmy, Alice, and their crew from getting the source, Li Noor, on that plane.

Noor is played by Iko Uwais, the Indonesian action star who’s best known here for his kicking and punching in the “The Raid” movies; he was also in “Star Wars: Episode VII - The Force Awakens.” So obviously he gets to do a lot of action stuff here, and it’s impressive; fighting back against two fake medicos who want to assassinate him while he’s handcuffed to a hospital bed, that kind of thing. There’s a more than satisfactory amount of boom-boom in the movie’s trim running time—at 95 minutes, this is the shortest picture in the Berg/Wahlberg oeuvre.

The action is intercut with shots of Wahlberg in a suit and tie, speaking in a conference room, talking about “chaos” and how none of you know what the word “collusion” really means. It seems that in the aftermath of this mission, Jimmy decided to try and compete with Jordan Peterson’s YouTube videos. No, that’s not it.

These scenes are him briefing his higher ups, shadowy figures of Maybe The Deep State, or Maybe Not, about the mission we see being enacted before us. Which is another one that doesn’t go as planned, and leaves a ton of dead bodies and munitions residue in its wake. The movie has a peculiar political undercurrent. It’s very pro secret missions, but only because it subscribes to the ideology of There Are Bad People Out There Who Want To Do Bad Things To Us. When “Mother” and his crew set up their high tech equipment on a mission, they lay out bobblehead dolls of U.S. Presidents past and present; the one wearing the “Make America Great Again” baseball cap is placed next to one of Obama, and the shot of the two together reads like a cheeky dare of sorts from Berg and Wahlberg. Also interesting is that Malkovich is compelled to trot out an old H.L. Mencken quote about raising the black flag and slitting throats, which is also the motto of well-known pseudonymous right-wing blogger. And I don’t think either Berg or Wahlberg are big H.L. Mencken readers.

So the movie often felt to me like “The Gauntlet” as rewritten by a Breitbart News bot. Now I’m not saying that’s a bad thing. But what if I were? I guess I’d hear about it in comments. To which I’d have only one response: Join the army. 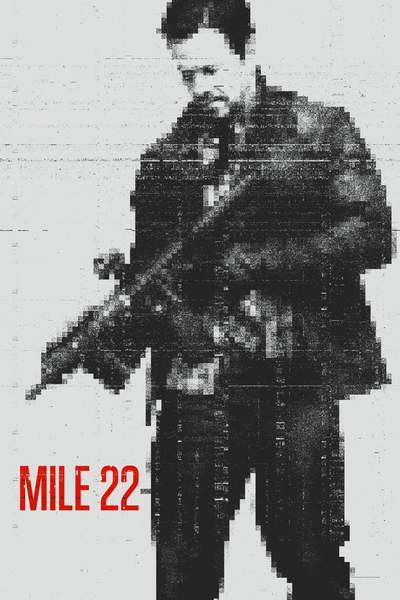