“Match” opens with an assured Patrick Stewart instructing a group of female ballet dancers on the main floor (I presume) of the Glorya Kaufman Dance Studio at Julliard. The windows give a splendid view of some distinguished architecture in wintry Manhattan. One might be apt to wonder, as one watches, what the title “Match” has to do with ballet.

Wrapping up at the studio, Stewart’s character, Tobi, begs off on a dinner invite from a colleague and goes to his well-appointed home. After a standard-issue montage of NYC real estate porn and glimpses of framed photographs of a superstar life in the ballet (very well Photoshopped, I must say, unless Stewart himself had occasion to put on the tights in his own work), the movie settles in as Tobi visits a favorite Spanish restaurant and prepares to meet Lisa (Carla Gugino), an aspiring dance historian working on a dissertation. In an unusual move, this researcher has brought along her husband, a taciturn cop (with a Village People-worthy cop mustache, even) named Mike. The bluff, voluble, nervously chatty Tobi holds forth on wine and work and more until it becomes evident, once the trio’s decamped back to Tobi’s apartment, that the couple are not who they seem.

That’s where the title comes in and makes sense. Lisa’s really a put-upon spouse trying to help an angry partner who believes he was abandoned by his dad. Tobi, although a gay man, is a prime suspect in the dad department. After the oodles of erudite, feinting banter—“rigor, it’s about the rigor,” Tobi says of his craft and profession, but when his interlocuters inquire about the sexual mores of the ‘60s in which he came up, he dryly says “so, you want to know about the f**king,” and until he learns of Lisa and Mike’s ruse, he’s more than eager to dish—it’s clear that the “match” is what Mike and Lisa seek, as in DNA.

“Why on earth didn’t you ask this from right out?” Tobi demands, enraged. But after a shocking act of violation, he resumes an avuncular mode, treating Lisa to some compassion and wisdom while trying to calculate how he should deal with the potential of late fatherhood.

Adapted by writer/director Stephen Belber from his own play, “Match” has enough meaty and engaging character material to effectively sidestep the very theatrical contrivance of its plot premise, which does have a great deal of potential for reversal and counter reversal and indeed takes full advantage of that potential. And obviously the Actors’ Showcase aspect of this material is very real, and the actors, particularly Stewart and Lillard, make the most of it. Lillard, who two decades ago made a career of playing goofy cocky bros, here proves a maestro of bottled-up post-bro rage, while Stewart luxuriates in both artiste’s bravado and Distinguished Senior ruefulness. Gugino’s role has the least combustible elements although in a sense it’s the most difficult: she has to convince as both a sharp grad student and a somewhat squelched, frustrated wife. And she does. This is hardly a world-shaker of a movie but it is a well-constructed and thoughtful character study brought to vivid life by its players. As we brace ourselves for a franchise-heavy 2015, that alone is worth celebrating and supporting. 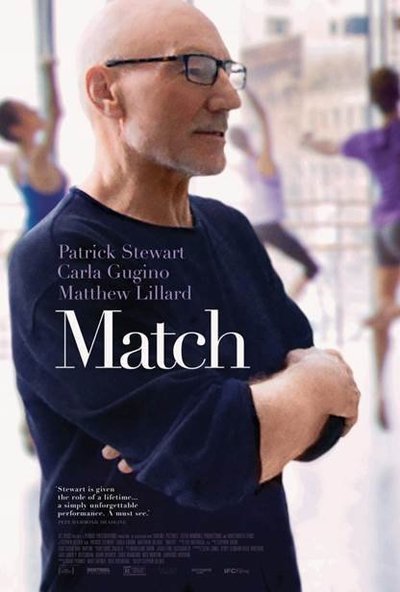 Rated R language, sexual dialogue and some drug use