“Man Up” trots out all the tried-and-true romantic comedy clichés: the meet cute, the wacky friends, the drunken date, the spontaneous dance routine, the mistaken identity, the hurt feelings and, ultimately, the mad dash to make some very public displays of affection. And with its American star, Lake Bell, donning a solid British accent to play a lonely London singleton in her mid-30s, the Bridget Jones comparisons aren’t just apt, they’re inevitable.

But Bell and co-star Simon Pegg are such enjoyably unlikely rom-com leads, and they have such crackling chemistry from the word go, they more than make up for some of the film’s more predictable plot elements. Likewise, director Ben Palmer and writer Tess Morris know all these genre conventions so well—and they know that you know them—that they’ve had a little fun subverting your expectations. This isn’t a wink-wink parody like last year’s straining Paul Rudd-Amy Poehler comedy “They Came Together,” but it’s got several tweaks that indicate a playful sense of self-awareness.

“Man Up”—which is an unfortunate title, by the way—opens with a long, unbroken shot that begins at a tropical-themed engagement party and ends at the hotel room of Bell’s Nancy, who’s trying to work up the courage (with the help of her mini-bar contents) to join the festivities. There, a blind date awaits, which she’s dreading—which is why it’s ironic that she accidentally winds up on a different blind date soon afterward.

While taking the train to visit her parents (Ken Stott and Harriet Walter) for their 40th wedding anniversary celebration, the acerbic writer Nancy gets stuck chatting with the perky Jessica (Ophelia Lovibond), who’s carrying a self-help book. Jessica is on her way to Waterloo Station to meet a man she’s been set up with by a mutual friend, whom she’ll recognize instantly because he’ll also be carrying the same book.

But a misunderstanding leaves Nancy holding the book and standing in the exact spot where Pegg’s nervously chatty Jack, 40 and divorced, is looking for Jessica. Discombobulated by the whole scenario, Nancy impulsively goes with it and—guess what?—has an amazing time with a total stranger, featuring multiple tequila shots, raunchy bowling and inspired use of the Duran Duran classic “The Reflex.”

Sounds cheesy, I realize—the implausible stuff of flimsy, cinematic wish fulfillment. But damned if it doesn’t work, mainly because its stars are such complete opposites of the traditional, safe romantic leads you ordinarily see in these kinds of pictures: the pre-McConaughssaince Matthew McConaughey, or Kate Hudson pretty much always. There’s an edge to both Bell and Pegg that makes them instantly more interesting, as well as an imperfect beauty. And both actors have shown great versatility in a variety of roles over the years, which serves them well here as their characters feel each other out and evolve over the span of one crazy, briskly paced night.

Bell is best known for comedy, including her excellent work on the TV series “Children’s Hospital” and the delightful indie “In a World …,” set in the world of voiceover artists, which she starred in, wrote and directed. There’s a goofiness and physicality about her as well as a directness and a vulnerability, which can be disarming. And Pegg has done everything from the blockbuster “Mission: Impossible” and “Star Trek” movies to the dryly hilarious, genre-twisting Cornetto trilogy. Playing a romantic lead wouldn’t necessarily seem to be his strong suit, but there’s an off-kilter charisma about him, as well, and he makes the banter work beautifully.

What happens once Jack figures out Nancy isn’t Jessica—his understandable anger, her heartfelt regret and their inevitable reconciliation—plays out like formula in structure only. For starters, The Big Reveal happens way earlier than you might expect, leaving plenty of room to mine these emotions for uncomfortable laughs. Ultimately, though, there are enough twists, turns and strange little bumps in the road to make this well-traveled journey to romantic comedy bliss surprisingly worthwhile. 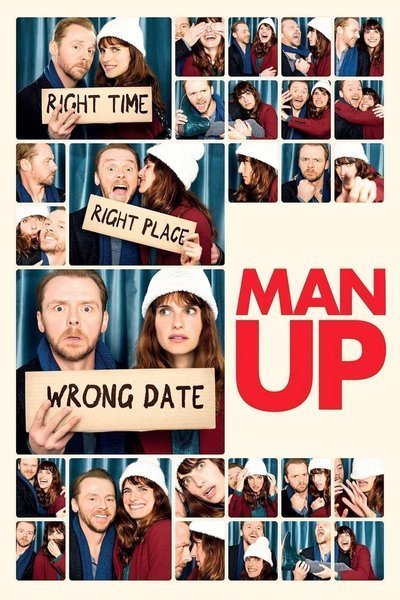