It’s very easy to only think of ourselves in times of crisis, but documentaries like “Madagasikara” remind us that the world is far bigger than our own backyard. Named after the traditional name of Madagascar, “Madagasikara” informs international viewers on what the past decade has been like for three women on the island. Through their eyes and that of scholars and a local priest, Cam Cowan, a lawyer-turned-filmmaker, looks at both the systemic reasons behind such a humanitarian catastrophe and the experiences of everyday citizens, roughly 90 percent of whom live on less than $2 a day according to the documentary.

“Madagasikara” opens with a somber introduction, setting the stage for its unprecedented political and humanitarian crisis in 2009. Since the country’s independence from France in 1960, a slew of inept leaders never put together much-needed social infrastructure for its citizens. With a widening gap between the wealthy business class and poverty-stricken masses, Madagascar’s problems weren’t brought on by the financial crash of ‘08 (although that probably didn’t help). There were several factors worsening the situation decade-by-decade. Finally, in 2009, a political upheaval left the already struggling country in the lurch. As one hyper-capitalist president was deposed into a temporary exile, countries like the United States pulled back their humanitarian aid, and other international allies followed suit. Mothers like Lin, Tina and Deborah were left to fend for themselves, scrambling to find food, working backbreaking tasks or turning to sex work. Their hopes of getting an education were dashed because U.S. aid stopped funding educational programs, and their kids’ needed medicine costs several weeks’ worth of pay. Their futures—and that of their children’s—remain uncertain.

It becomes quickly apparent that there are too many stories to tell and factors to explore on the subject. It’s perhaps enough material for its own miniseries, but Cowan squeezes in as much as he can to illustrate the economic free fall and bureaucratic decisions that led the world’s fourth-largest islands to become one of the poorest corners of the planet without a major war or conflict to cause it. Cowan’s outsider’s perspective is sometimes a help and a hindrance in the documentary. In trying to contextualize the many levels of failure and connect them to these family’s struggles, the film feels structurally scattered, jumping between different voices and then back into its recent history.

Yet, there are times that further information would have help, as when the film introduces Father Pedro Opeka and his work with Akamasoa but doesn’t fully explain how the organization helps thousands of families. Likewise, Lin shares a heartbreaking story near the movie’s end about her almost-career as a nun, but the film doesn’t look into the role that religious organizations play in the country. It seems like an important point to leave unexamined. There are other topics, like how American companies might have taken advantage of cheap labor subsidized by the government, that is mentioned by an expert but never followed-up.

While Cowan’s heart is in the right place, trying to shine a light on the culpability of many governments affecting the fate of another country’s people, there are times when the footage is played for shock value. In a few moments, you can feel the camera overstay its welcome watching one of the moms pick flea eggs burrowed into the soles of her children’s feet, or when the military fires into a crowd of protestors and a camera wanders over to record body after body bleeding on the street. It differs from the other scenes in length and editing, leaving a different kind of impression. A few transitions between big picture problems and the daily personal tragedies don’t always feel smooth, despite the many numbers of drone shots between each interview.

Once deemed “a poster child for the African Growth and Opportunity Act (AGOA)” by a U.S. ambassador to then-Secretary of State Hillary Clinton, Madagascar’s fates were reversed by outside forces. One expert concisely sums up Cowan’s message in “Madagasikara,” saying economic sanctions against the people of a country could be (and perhaps should be) seen as a human rights violation. Experts and residents alike paint a dire state of affairs, one that the documentary doesn’t try to absolve or end on a positive note when relief is still far away. 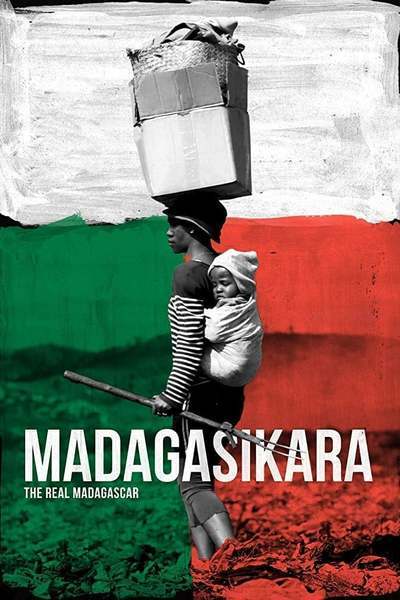