Lucy in the Sky

Although buried near the end of this year’s Toronto International Film Festival, the premiere of Noah Hawley’s dreadful “Lucy in the Sky” could not be hidden from curious moviegoers and reluctant critics on assignment. Based on the story of Lisa Nowak, Hawley’s movie was sold as a loose retelling of the sensational mid-aughts crime story about an astronaut who tried to kidnap another NASA colleague at the Orlando airport (not far from the Kennedy Space Center in Cape Canaveral, Florida) after an affair with a different astronaut soured. What Hawley has delivered is a garden variety bad movie, proving the TV wunderkind of “Fargo” and “Legion” was not quite ready for the big screen.

The movie opens with Lucy Cola (Natalie Portman), yes, quite literally in the sky in mid-mission. Already, she seems a little spacey, someone prone to staring off into some great distance only she can see. However, the rest of the crew has work to do, and the audience has a movie to see. She’s reeled back in but can’t shake the starstruck feeling of being in space. Inexplicably, Hawley uses these revolving environments to change aspect ratios not once but several times throughout the film, from the box-like Instagram friendly choice of 4:4 to even more extended variations of widescreen’s 16:9 ratio. To what end, you might ask? There’s really no purpose for it, other than keep the edges of the screen moving every 10-15 minutes (or less!). Whatever magic cinematographer Polly Morgan (also a “Legion” collaborator of Hawley’s) was trying to capture within the frame goes out the window quickly. We can’t help but stare at the collision of misguided aesthetics and rotten screenwriting.

The screenplay department is in no better shape than the aspect ratios. Although there’s five credits attached to the script including two story by credits for Brian C. Brown and Elliott DiGuiseppi and three for revisions: Brown, DiGuiseppi and Hawley, the final work clearly needed more hands on deck to save the sinking ship. If the awkwardly handled characterization and dialogue doesn’t get on your nerves, perhaps the clichéd on-the-nose metaphor about butterflies emerging out of cocoons and the sight of rocket taking off as Lucy enjoys an orgasm in the office will. If you need more reasons to cringe, imagine watching John Hamm, here playing Lucy’s love interest Mark, as he watches and re-watches the news broadcast of the Challenger explosion on his TiVo. There’s no narrative reason for this, other than to make the audience feel worse for a guy who had an affair and is now getting stalked by one of his co-workers. Because “Lucy in the Sky” was so astronomically botched by a group of three men, I wonder if a woman might have taken a more empathetic, less campy approach to her story. Although, it’s possible that no one could have saved “Lucy” from itself.

Despite assembling a reasonably solid cast, there’s no one strong enough to save the film. Portman’s astronaut is little more than a space cadet when she returns home from her mission and there are many moments where she just stares off or gets lost in her thoughts. When she is interacting with others, it’s like watching a toddler protest not getting their way or lying to dodge blame. Thankfully, not all of the women in NASA behave like Lucy, and others like Erin (Zazie Beetz) feel like taking a break from babysitting. Dan Stevens seems to have a little fun as Lucy’s cuckold husband, charmingly oblivious to her affair with Mark. A new character to the story, Blue Iris (Pearl Amanda Dickson), joins Lucy on her unhinged scheme to kidnap Erin, but she’s not so much a character as she is the audience’s moral compass, on hand to look outraged and puzzled by her aunt’s incoherent plans. Armed with a few choice bawdy one-liners, Lucy’s mom (Ellen Burstyn) is quite the scene-stealer and earns some of the movie’s few intentional laughs.

There’s a sense of tragedy in Howak’s story that Hawley cannot capture with his metaphor-laden script and slow-tuned rendition of “Lucy in the Sky with Diamonds.” Although the film tries to be sympathetic to its heroine, it might actually turn the audience against her. Even though it skips the tale's most lurid detail—that Howak wore diapers to catch her target so not to waste time on pit stops (which the former astronaut denies)—the movie makes her on-screen counterpart a laughingstock, less complicated and more cartoonishly predictable. There’s a point at which this joke stops being funny and turns sad, and it’s very early in its over two hours runtime.

This review was filed from the Toronto International Film Festival on September 18th. 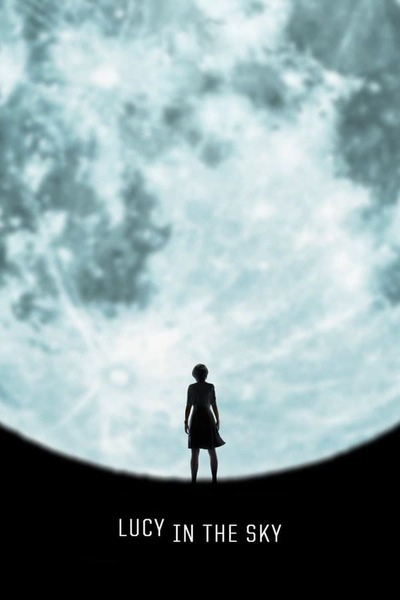