It’s been more than two decades since the deadly Columbine high school shooting that shook the world. While these traumatic events continue to happen to the point of ubiquity and a whole generation of kids have grown up in their wake, Hollywood has found in them a new setting for films that deal with lingering high school trauma. It seems for every compassionate, nuanced film like “The Fallout,” there’s something exploitative like “The Desperate Hour.”

Unfortunately, “Luckiest Girl Alive,” the latest of these films falls in that latter category. Based on the book of the same name by Jessica Knoll, who also serves as screenwriter, the movie not only dramatizes a school shooting in poor taste, it has the gall to use one as the backdrop while it also exploits rape trauma in the name of girl boss feminism.

With a tone ripped directly from “Gone Girl,” the film centers on the seemingly perfect life of Ani (Mila Kunis), a writer for a glossy women’s magazine named The Woman’s Bible. She’s written “1,500 stories about how to give a blow job” but all she really wants is a job at the New York Times Magazine so she can be “someone people can respect.” Ani is engaged to an old money scion named Luke (Finn Wittrock, given nothing to do), who is more of a box to check towards Ani’s goal of unquestionable social legitimacy than anything else.

Her desire to be the most uncontestable rich person stems from her high school days. A scholarship kid at an elite prep school in Philadelphia, Ani, then known as Tiff (Chiara Aurelia), is a survivor of the “deadliest private school shooting in U.S. history.” That this shooting took place in 1999 (the same year as Columbine) and the film’s revelation of who the perpetrators were is one of many incredibly tasteless decisions it makes, which is quite a distinction as the whole thing is mostly made up of tasteless decisions.

Through flashbacks and Ani’s narration (which is haphazardly deployed throughout as her cynical inner thoughts, an interview for a documentary, and the copy for a piece she writes during the film’s denouement), we learn that one of the survivors, now a gun reform activist, claims that Ani was in on the shooting—but also that this same survivor was one of three classmates who gang-raped Ani at a school dance after party just weeks before the shooting. In order to win the he-said-she-said of it all, Ani aims to climb the top of the social ladder, and then share her side of the story.

Despite the luridness of the material and Mike Barker’s brutal blocking of the rape sequence, Aurelia does a fine job in showing Ani’s pain and resistance during, confusion immediately after, and later hesitation to report due to internalized shame. If only the older Ani played Kunis were given room for as much nuance. Instead, her PTSD is shown as manifesting through hamfisted visions of blood, of stabbing her fiance (whose elite social status continually reminds her of her rapists), and her vitriolic inner thoughts.

Ani is also, rightfully, angry at her mother Dina (Connie Britton) over actions slowly revealed through the flashbacks. However, this anger manifests mostly in jabs at her mother’s lower social class. Ani’s wedding dress is from Saks 5th Avenue (the one on 5th Avenue!), but she makes it clear to her rich friends that her mother shops at T.J. Maxx. Even the film can’t help but poke fun at Dina as she struggles to fit into the upper echelon world her daughter now inhabits, saddling her with comically high heels and lines about “Say Yes to the Dress” and poorly pronounced Italian.

Her mother’s financial situation is always in the back of Ani’s mind even as a teen, as is her striver’s spirit. Dina’s reasoning for her daughter to attend a private school in the first place was to get her in the room with rich men. When this plan led to her assault, Dina places the blame on Ani for breaking her rules about alcohol. It’s clear the lesson Ani brought into her adulthood is that privileged men will do what they want and get away scot-free, unless she evens the playing field. Where there could have been a critique of class, there is instead still an aspirational desire to be one of the elites. As if only rich men are capable of bad behavior.

It’s also never clear exactly what kind of writer Ani wanted to be before writing “skanky” stuff, as her boss LoLo (Jennifer Beals) calls her beat, at this women’s magazine. Her striving desire to have her writing in an old establishment like the New York Times comes from the same place as wanting to marry into an old family so that people know they don’t just “have money, they came from money.” Again, there's a missed opportunity to really explore class and power dynamics, but also to explore gender dynamics in the media world beyond a surface level.

After being sidelined for most of the film, Beals returns and gives Ani a pep talk about “authenticity” and the importance of exposing everyone in her life that didn’t help her as a teenager. This pushes her to finally tell her side of the story in her own words. Ordinarily this moment in a film would feel triumphant, but it’s here you realize “Luckiest Girl Alive” has exploited both school shootings and rape trauma for a self-actualization narrative that ultimately ends with Ani finding value not in the release of her repressed emotions through this writing, but in the shallow achievement of viral fame.

Ani was a victim, sure, but so were all the kids whose lives were lost during the shooting, or were altered forever by the trauma of its aftermath. But the film is so minutely concerned with Ani’s trauma only that it nearly says the deaths of the other kids was justified (it surely relishes in showing their deaths in barbaric detail). The very last scene then positions the trauma of rape victims and those afflicted by gun violence as being in competition with each other for the nation’s attention and actionable change.

A flashback to a classroom scene where Ani’s sympathetic English teach Mr. Larson (an underused Scoot McNairy) compliments her analysis of Holden Caulfield as an unreliable narrator suggests the filmmakers want us to view Ani as equally unreliable, having centered herself into this narrative. Does this then mean the film’s narrow viewpoint of competing traumas is solely because it’s presented the events from Ani’s warped point of view? Perhaps, but it doesn’t make its use of a school shooting as a background for her personal journey any less callous. 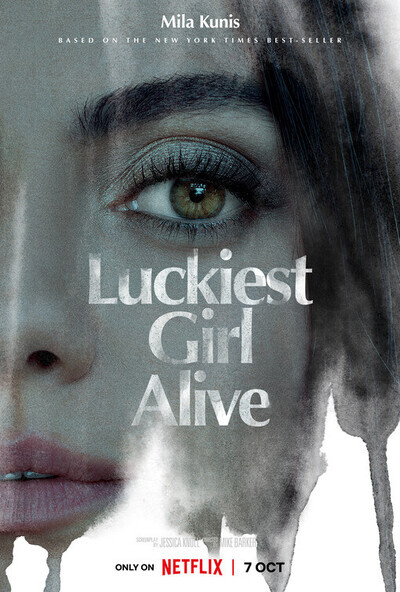