“When you’re little, you have more endurance than God is ever to grant you again. Children are man at his strongest. They abide.”—Rachel Cooper (Lillian Gish) in “The Night of the Hunter”

Amidst all the wondrous visuals, both real and imagined, in Aaron and Amanda Kopp’s “Liyana,” the most resonant of them all are the beautiful faces of its young storytellers, gleaming with excitement at their evolving creation. Five children living at Likhaya Lemphilo Lensha, a home for orphans in Swaziland, are encouraged by Gcina Mhlope, acclaimed writer and anti-apartheid activist, to collaborate in the penning of an adventure yarn. She guides them through a series of workshops, asking the kids questions designed to prompt the next step of their journey without ever overriding their voices. The purpose of this exercise is to provide a safe space for these resourceful souls to delve into memories that they have stored away, interweaving them with fictional characters and scenarios as a mode to heal. As Lady Gaga put it so eloquently during a recent late night appearance, our brains are adept at placing trauma in a box, filing it away “so that we can survive the pain.”

Destin Daniel Cretton’s “Short Term 12” remains one of the best films I’ve seen about the cathartic power of artistic expression, showing how the teenagers at a foster-care facility channel their deep-seated wounds into haunting poetry. One girl opens up about the sexual abuse she’s endured at the hands of her father by devising a shattering parable about an octopus robbed of its tentacles by a manipulative shark. Though the film wasn’t a documentary, Cretton based the script off his own experiences of working at a group home for at-risk youth, and the influence of real life is readily apparent in his bracingly authentic characters. The fact that “Liyana” is a work of non-fiction may be why its directors keep the scarring backstories of their subjects at arm’s length. Save for a brief sequence in which the children recount via voice-over the anguish of their upbringing, context regarding the specifics of their plight is typically reduced to title cards. With a running time clocking in just long enough to count as feature-length, the Kopps’ tightly edited picture seamlessly blends vividly detailed story illustrations by Shofela Coker with the energetic performances of the kids, animating the still imagery with their spirited expressions and body movements.

The fragments of faces mixed and matched by the children to create their ideal protagonist strikingly mirror the composite nature of the three-act tale they’re tasked with dreaming up together. Just as the diverse array of features meld to form the heroine of Liyana, the narration made by her quintet of authors seamlessly blends their words into one voice. While much about their past is left to our speculation, there is a great deal that can be gleaned from their invented story, which opens with the death of Liyana’s parents after they contract the AIDS virus. One of the kids describes the strain of HIV as a creature that pops out and bites the father, a frightening fantasy the film refrains from visualizing. We soon learn that Swaziland has the world’s highest infection rate, effecting over a fourth of the country’s population, a crisis previously explored in Aaron Kopp’s 2009 short film, “Likhaya.” This has resulted in over 200,000 children being left orphaned and vulnerable to disease. The film’s most excruciating sequence occurs when a kid, sniffling with dread, waits for the results of his HIV test in the deafening silence of a doctor’s office. Bookending this moment is a temporary lull in the childrens’ action-packed tale, prompted by the collapse of Liyana, who lies on the ground as vultures circle overhead.

What initially sets Liyana off on her journey is the kidnapping of her younger twin siblings by robbers not unlike the real-life ones who infiltrated the children’s home three months earlier. Naming the twins after lightening and thunder, inspired by the storm accompanying their birth, is a nice touch, conveying the resilience of life moving forward despite volatile circumstances. During the girl’s epic trek to rescue them, malevolent predators materialize in the form of crocodiles and hyenas, both characterized by fiery red eyes. Even though the humans and creatures in these animated shots are appropriately stagnant, resembling the hyperreal visions of our unchanging dreams, their environment vibrates with life—fire crackles, air buckles and the camera moves with the fluidity of one’s inner mind. Various visuals are lifted directly from the kids’ own surroundings, such as Liyana’s loyal bull or the drops of morning dew nestled upon branches. Aaron Kopp’s cinematography makes the African location itself appear magical, particularly when a sudden storm shrouds the land in darkness.

As tough as the subject matter may get at times, the film is guaranteed to be an uplifting one for viewers of all ages, with its emphasis placed on the joy of its subjects, whether it be in their everyday life or in the midst of their creative process. The kids acknowledge that life will not end happily for everyone, yet that should not prevent us from holding onto hope, utilizing stories like the one they’ve crafted to fuel our collective desire to fight adversity in all forms. When Liyana’s story draws to a close, the filmmakers find poignant ways to visually link her world with that of the authors (note the spiral designs grafted ever-so-subtly onto the live-action sky). “They are like one family now,” notes one child, describing not only the group of orphans taken in by Liyana, but also the band of siblings—united not by blood, but by their spirit of community—who brought her to life. Humbled by their strength, one has little doubt that they will, as Rachel Cooper affirmed, “abide and endure.” 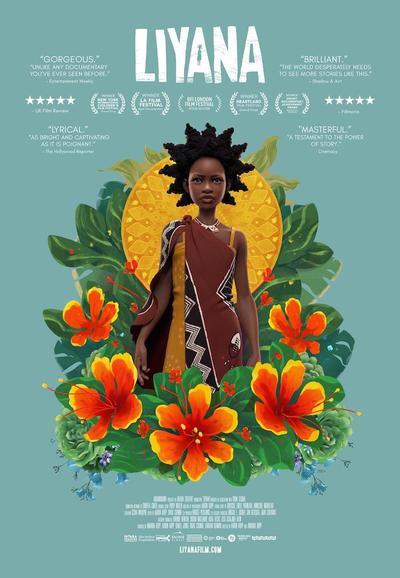