"Leolo" is an enchanting, disgusting, romantic, depressing, hilarious, tragic movie, and it is quite original - one of the year's best. I have never seen one like it before. It cannot be assigned a category, or described in terms of other films. I felt alive when I was watching it. If you are one of those lonely film lovers who used to attend foreign films, who used to seek out the off-beat and the challenging, and who has given up on movies because they all seem the same, crawl out of your bunker and go to see this one. It will remind you that movies can be wonderful.

Directed by Jean-Claude Lauzon, a young nonconformist from Quebec, it tells the story of the young manhood of Leo, who grows up in an insanely dysfunctional but colorful and not altogether harmful family in Montreal. Leo despises his father, so much so that he has created a fantasy in which his mother was somehow impregnated by a tomato from Sicily, which bore the sperm of the man he imagines was his real father. Leo insists he is therefore Italian, and should be called Leolo.

The film is narrated by him, in a sense. In fact, the narration comes out of a journal he keeps as a child, a journal that falls into other hands some years later - into the hands of an old man who treasures the written word, and plunders garbage cans to save it from destruction. This is the same man who once, visiting Leolo's vast and awesomely maternal mother, stopped the kitchen table from tilting by placing an old book under one of the legs - which is how the only book in Leolo's house got there.

Leolo has a way he can dream, and in his dreams he is visited by his muse. The rest of his time is fairly grim. It is believed in his household that a bowel movement a day keeps the doctor away, and so he spends long hours locked in the toilet, making convincing sound effects to cover his other activities, which include reading naughty Parisian magazines, and plotting the murder of his grandfather.

The grandfather is a vile old codger who is conducting a mercenary relationship with the beautiful young neighbor who Leolo persists in thinking of as virginal, and someday destined to become his own. The scene in which Leolo attempts to actually carry out his death plan, using perfectly understood principles of pulleys and levers but faulty craftsmanship, is one of the more astonishing I have seen.

A streak of madness runs, or more accurately gallops, through Leolo's family. They are all either in the madhouse or headed that way. Leolo is a self-raised boy (his mother's maternalism is as misguided as it is smothering), aware of the family curse, and also clever at keeping his own secrets within the claustrophobic household. He is not a cute Hollywood child, or a "Home Alone" brat, or a little plastic monster. He is a fully formed, difficult, complicated individual, who sees himself clearly, sees through his family, and uses fantasy as an escape and a tonic.

Jean-Claude Lauzon, who wrote as well as directed "Leolo," made his debut in 1987 with "Night Zoo," a movie that was sensationally well-received in Canada (11 Genie awards - the equivalent of the Oscar) but left some observers, myself included, less than convinced.

Yet I remember it clearly after six years, perhaps because Lauzon's films contain images no other film would dare to show. In "Night Zoo," for example, it's the determination of the young hero to grant his father's dying wish by breaking into the zoo so the old man can hunt big game before he dies.

If I was not sure about "Night Zoo," I have not the slightest doubt about "Leolo." It is a work of genius - and the best kind of genius, too, which is deranged genius. Lauzon takes no hostages. He has only scorn for surefire box-office formulas. He makes his films from scratch. It is amazing how many notes he plays in this 107-minute film. How there is broad burlesque, fanciful dreaming, seamy sex, dire poverty, hope for the future, despair. The structure of the film is another amazement, gradually revealing itself, so that the more we know about how and why the story is being told, the more poignant it becomes.

There is a beer in England that advertises itself as "refreshing the parts the others do not reach." I commend this motto to the distributors of "Leolo," because here is a film that does exactly the same thing. 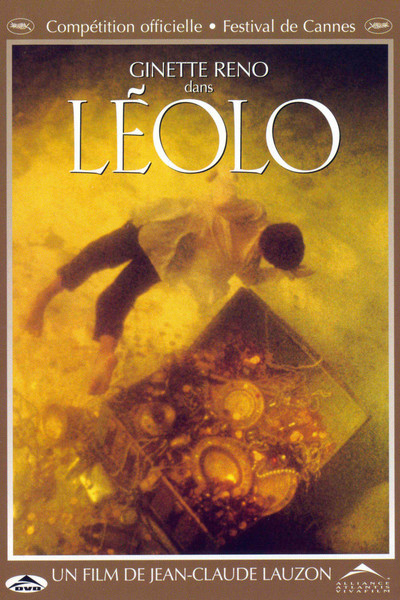