A woman’s cries echo inside a mansion, cutting through the night’s peace. General Enrique Monteverde (Julio Diaz) wakes expecting it to be his wife, but no, she is sleeping quietly beside him. He gets up, stopping by his closet full of guns for a revolver, and makes his way to the bathroom. Turning off the running water in their bathroom, he looks around suspiciously. Something is still amiss. The wailing resumes, echoing from another part of the house. He treads carefully, gun drawn. His eyes spot a figure and he shoots, unleashing a commotion as he’s entangled with a servant and a security guard. Enrique almost shot his wife, who followed her husband in the dark, by accident. He’s convinced the sounds of a woman crying in his palatial home was real—even if no one else heard them.

Blending suspense with political drama and supernatural thrills, Jayro Bustamante’s “La Llorona” is a modern telling of the classic horror story of a ghostly figure of a crying woman who killed her children. Rooting the story in the more recent history of Guatemala’s ruthless military leaders and their efforts in erasing indigenous tribes, this version of “La Llorona” finds new emotional ground. It’s not just a creepy story, but a painful reflection of injustice.

Even when the present-day Guatemalan government attempts to bring the general to justice for his crimes, he skips any repercussions because of a technicality. Protestors descend on his palatial home, chanting, drumming, and trying desperately to be heard. For a time, the general and his family go about their lives uninterrupted (save for the occasional broken window and endless noise in the distance) until a majority of their indigenous workers leave out of fear from Enrique’s increasingly erratic behavior. A new domestic worker—Alma (María Mercedes Coroy), whose name means “spirit” in Spanish—arrives to help the family, but not in the way they expected.

The general’s family is not a united front. His wife, Carmen (Margarita Kenefic), harbors her own prejudices against the indigenous Mayan Ixiles, blaming them for her husband’s infidelity and the family’s legal woes. Their daughter, Natalia (Sabrina De La Hoz), doubts her family’s proclaimed innocence, but her mother forbids her from looking into the matter and she drops it. There’s a curiosity and naivety in the general’s granddaughter—Natalia’s young daughter, Sara (Ayla-Elea Hurtado)—that leads her to trust Alma more than the others yet still innocently points out the ways the newcomer is different from them.

Bustamante, who co-wrote the script with Lisandro Sanchez, isn’t interested in scaring viewers into having nightmares of La Llorona. The eeriness of the movie instead comes from its textured ambience. There’s a coolness that runs throughout Nicolás Wong’s cinematography, as if the images were submerged, just deep enough below the surface that even daylight looks dimmer than usual. The production design twists the opulent home the audience enters into a haunted mansion, a casket from which there’s no escape.

Mercedes Coroy, who Bustamante first introduced to audiences in his feature debut “Ixcanul,” plays into the haunting presence of her character quite literally. Neither she nor Bustamante leave much room for doubt about who she might actually be between her name, her wide-eyed stares, and floating long hair in front of her face. There are moments that are meant to trick you into thinking she’s as sinister as the classic child-killing ghost, like when her hair spreads across water or seems to floating mysteriously on its own, but then it’s revealed to be a sleight of hand: she’s washing her hair in a sink or she’s letting Sara playfully blow dry her hair.

While Bustamante’s previous film “Ixcanul” immersed itself in the life of a young Mayan woman played by Mercedes Coroy, the perspective of ”La Llorona” is set within this rich family once in power. Their disdain for their indigenous employees is almost comically villainous—Carmen even scolds them for being ungrateful when they leave fearing for their safety—and they see the protestors outside their home with an uneasy fear and mistrust. In their mind, the people outside asking for justice are ghosts haunting them for the crimes they thought would never be tried.

“La Llorona” is filled with bewitching imagery and tension, even if it’s less full of surprises and jump scares than other horror movies. Bustamante uses the old haunted tale not to scare us, but to force his audience to reflect on the ways they are complicit in oppression. We may not have committed grave crimes like the general, but each of the other family members represents a varying degree of complicity, from Carmen’s outright bigotry to Sara’s insensitive questions. While racial and class tensions have been a common theme in many Latin American movies, such as in recent Mexican films like Lila Aviles’ “The Chambermaid” and Alfonso Cuarón’s “Roma,” Bustamante’s thriller couches a harsher critique of the treatment of indigenous people and how those in power view them. 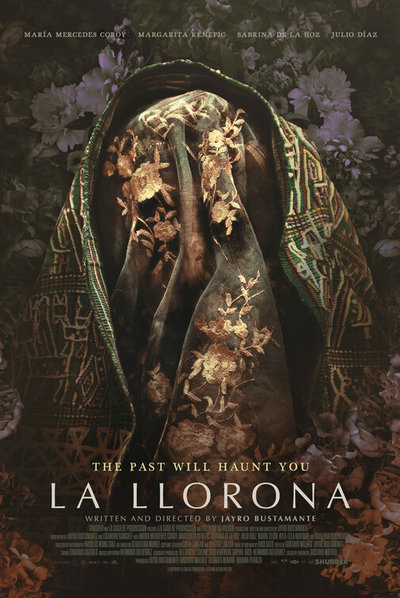