"Jinn" is certainly not lacking in audacity, but its uneasy balance between inspired delirium and mundane genre dues-paying is its one bridge too far. Which is to say, the thing standing between "Jinn" and a good horror movie is its relentless insistence on jumping out of the closet at you with its hair on fire and intoning ominously "This is a horror movie."

Writer-director Ajmal Zaheer Ahmad picks a fine premise, drawing from the Qur'an, in which God creates human beings out of clay, angels out of air, and jinn out of fire. Jinn have free will, like humans, and supernatural powers, like angels, and were banished from Paradise for defying God, who branded them "shaitan," or Satan. Ahmad sets all this up very efficiently, without specifically tying the Jinn to the Qur'an or Islam; the film's religion is ecumenically Judeo-Christian, and manages to be so without excluding non-believers.

That's the good. The bad may be the fault of a difficult editing process; the film, which was shot in 2010, has an official running time of 97 minutes that is at least ten more than the actual length. There's a muddled randomness to story events and inconsistency to the pacing that indicates Ahmad may have shot quite a bit more movie than ended up on screen. Characters—like a middle-aged married couple who show up and appear to be the protagonist's in-laws but then are revealed to be his adoptive parents—pop up out of nowhere and just as quickly disappear. One character has what appears to be a dramatic death scene and then casually reappears several minutes later. It's never properly explained just why the Jinn are so interested in the protagonist, and why, if they want him dead, they waste so much time being spooky instead of adopting a more direct approach.

The Jinn generally not being very good at things leads to the movie's single funniest moment, when the protagonist—who designs cars for a living—hops in his prize creation and manages to outrun the Jinn, which has taken the approximate form of the Smoke Monster from "Lost," in a mad dash through the streets of Ann Arbor, Michigan. The high points of "Jinn" are similar oases in the muddled story when a fleeting moment of well-turned craziness is allowed to shine through; William Atherton's performance as a priest is responsible for several of these, featuring some well-modulated scenery chewing and a rare chance for a veteran supporting talent like Atherton to indulge in a round of "most famous actor in the movie" peacocking. The second-most famous actor in the movie, Ray Park, here appearing sans Darth Maul or X-Men makeup, gets to do what he does best as well: beat lots of people up. He also features in the best sequence in "Jinn," a hallucinatory passage featuring black light, space guitar, and dream-like martial arts.

"Jinn" does have a certain visual flair, and Ahmad does fairly well not to overreach himself with the visual effects, but the most important element in both—the design and general affect of the Jinn—suffers from monster movie sameness. With the Jinn not looking particularly scary, even though they're on fire, which usually helps, Ahmad is left to resort to what feels like dozens of jump scares. This is both an unfortunately hacky crutch for what is in other regards a fairly original horror movie, and a self-defeating strategy, since jump scares only work when they're not expected, and they've been expected for at least the last thirty-five years.

That kind of inorganic filmmaking pervades and turns what could have been a modern day "Highlander" (in the sense of its unchained, flashy, proud badness) into more of a modern day "Highlander" sequel. This is unfortunate, because there's enough in "Jinn" that, extrapolated, could have led to more. Still, hardcore horror fans might find some interest here, as might adventurous religious scholars and, speaking entirely hypothetically, residents of states with legalized marijuana. It would be interesting to see a re-edited "Jinn" with the (at least) fifteen minutes that seem to be missing, but until then it goes down as a not altogether unpleasant failure. 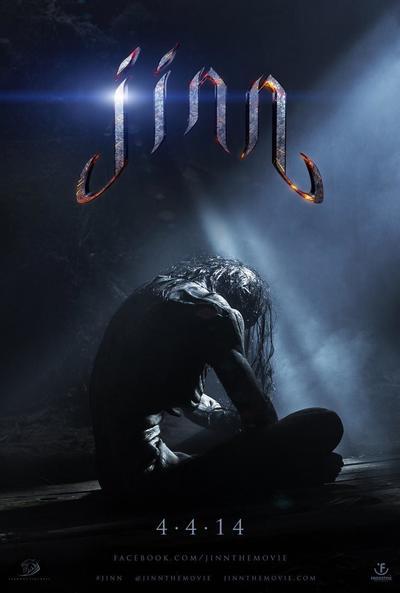 Rated PG-13 for some intense sequences of violence and terror

Walter Phelan as The Jinn