An unfaithful wife is murdered -- or maybe not. A successful writer commits suicide -- or maybe not. Nothing is certain here, not even the central character's name. The narrator who opens the film just says, "Let's call him Henry." A mysterious manuscript may hold clues in the markings in pen on some of its pages. Perhaps the text itself has some clues the author did not realize. A man who hires a private detective to find a missing person is himself is followed by a stranger with a limp. A trial reveals a secret affair as a possible motive for murder.

"Intrigo: Death of an Author" is the first of three twisty thrillers based on a collection of stories by Scandinavian mystery author Håkan Nesser, all directed by Daniel Alfredson (“The Girl Who Played with Fire,” “The Girl Who Kicked the Hornet's Nest”). With stories of mysteries nesting inside each other, their parallels and connections only gradually revealed, and one big question never answered, it might suggest a noir-ish setting, inky, rain-soaked streets illuminated by dim, flickering street lights. But this story is brightly lit, with pristine, screen-saver-perfect scenes on a remote Greek Island and in the Swiss Alps. Even scenes in what could be a dank, musty library are warmly inviting and when the main character has a temporary assignment in a new city, his sublet is the stylish apartment of an architect. Instead of a film noir setting with exteriors giving us a visual depiction of dark secrets and betrayals, this one shows us that even the clearest sunlight may not reveal everything we want to know.

After a brief opening image of what may be someone drowning, a heavy object chained to his leg, we see a man with a backpack (Benno Fürmann) walking along the rocky shore of a Greek island toward the only structure, a beautiful, airy home. An unseen female narrator describes the inherent human duality between civilization and the "parts of our brain that belong to our reptile ancestors. Although we convinced ourselves that hate, revenge, and nemesis belong to the past, our ancient ancestors' blood still runs in our veins whether we like it or not."

He introduces himself as Henry to the occupant of the house, a successful novelist named Alex Henderson (Ben Kingsley), who genially says he likes being in a lighthouse where he can guide people but "if they get too close, I turn the light off." He agrees to let "Henry" read aloud from his draft novel about a married couple named David and Eva who are on vacation in the Alps when she tells him that she is leaving him for another man, and is pregnant with her lover's child.

As "Henry" reads, we see the story unfold, with Fürmann playing David as well. Alex quickly realizes that it is a true story and that "Henry" is in fact David. As the story continues, David decides to murder Eva (Tuva Novotny) by disabling her car's brakes. Alex gets interested, even excited, when David begins to suspect that Eva is not dead after all, and has found a new life somewhere else. "Did it fill you with angst or relief?" Alex asks.

A new assignment gives David a chance to see if he can track Eva down. David is not a novelist but a translator. He has already translated two books by a popular Scandinavian author named Rein, who has recently committed suicide by drowning but whose body, like Eva's, has never been found. He left behind just one copy of a posthumous manuscript, and David agrees to translate it if the publisher will let him do it in Rein's home town, which is where he thinks he will find Eva. Some unusual markings in the manuscript appear to be clues Rein wanted someone to find. David thinks they may reveal secrets about Rein's death. He hires a detective to find Eva and pieces together the clues in the book to solve that mystery himself. The process of translation, which he does one chapter at a time, never reading ahead, is itself a kind of decoding.

And yet the clear, strong light we see in nearly every scene is in sharp contrast to the curiously muted energy of the characters. A narrator describes feelings of anguish and obsession, but we see little of that reflected in their expressions or voices. David's publisher quotes a newspaper article about Rein: "What do we actually know about our next of kin and their deepest motives?" This film tells us that the gulf between what we want to know and what we can know may never be illuminated. 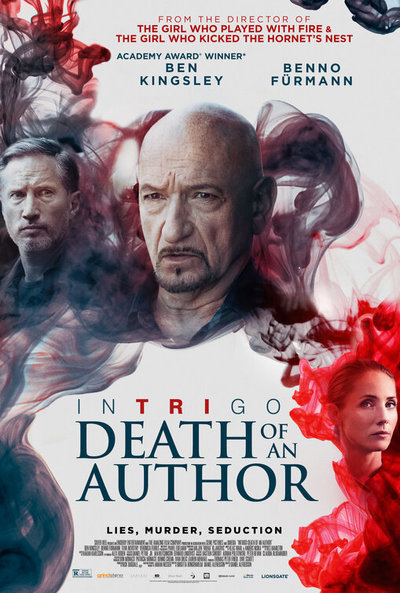