Into the Dark: Good Boy

The second season of the original monthly series of Hulu horror films under the banner of “Into the Dark” has tended more to quirky humor than genuine scares, and this has been mostly for the better. Chapters like “A Nasty Piece of Work,” “Crawlers,” and “Pooka Lives!” certainly aren’t going to keep anyone up at night. Perhaps the creative team behind this series realized that people could use more of a laugh in 2020 than a fright. After all, the real world is scary enough.

Enter “Good Boy,” a movie that almost feels like a Sundance indie rom-com at its beginning. The score, the visual language, the dialogue—if someone stumbled upon it and didn’t notice the Blumhouse production logo at the beginning, they would think this is a very different movie than what it becomes. We meet Maggie (Judy Greer), a journalist at a local paper in Reseda who is having trouble finding happiness in her life. The dating scene sucks, and then she’s reduced from staff to freelancer by her editor Don (Steve Guttenberg) and harassed by her landlord Bea (Maria Conchita Alonso). She’s trying to figure out how to pay for egg-harvesting to make sure that her lack of a love life at a young age doesn’t hold her back from having children. As he’s ushering her out the door, Don suggests that Maggie get an emotional support dog, which sends our heroine to a shelter and into the life of an adorable mutt that she names Reuben. It all seems so sweet—the story of a woman who calms her anxiety with the love of a rescue dog.

But this is a horror movie, right? And aren’t all “Into the Dark” movies based on a holiday? Believe it or not, this one is centered on Pet Appreciation Week, as Maggie comes to truly appreciate her odd little pup, especially after he starts eliminating problems from her life. She goes on a date with a real slimeball and he ends up dead in the street. Other causes for anxiety start being removed in grisly fashion from Maggie’s life, and she even gains a bit of notoriety in reporting on the events caused by her new best friend. Exactly what is going on with Reuben is left tantalizingly vague. It’s more a case of an anxiety-causing moment, Maggie leaving the room, spurts of blood, and then Reuben looking cute as ever. How could a small puppy do such damage? Or is Maggie really doing it herself? Has she snapped?

As you might imagine, the tonal balance between something that’s part “Private Life” and part “Cujo” is a bit tough and director Tyler MacIntyre can’t quite hold it together. Judy Greer does her absolute best to do so—she’s always been underrated—and there’s a much worse version of “Good Boy” with a lesser actress in the lead role. However, the promising set-up loses urgency right when it should be building. It veers off into a romantic dramedy with a charismatic cop (McKinley Freeman, also good) who’s really just there to eventually figure everything out. Even worse, it kind of drifts into its final act instead of building tension, and then can’t figure out what tone to strike in its final scenes. It’s also a stunningly grisly film in turns of gore but also entirely lacking in actual scares.

In a world drenched in anxiety right now, the story of a support dog who supports by actually removing sources of stress feels perfect. And yet a film needs to be more than just its concept. “Good Boy” can’t figure out how to train its shaggy dog idea into something you should take out for a cinematic walk. 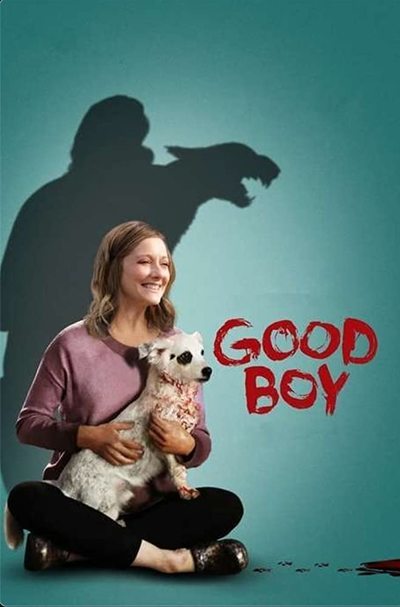