This movie begins cleverly. After the opening credits, we see a shot of a woman being strangled. Seems a POV shot from the perspective of the strangler; film buffs will recognize the camera’s positioning as similar to that used in more than one scene in Alfred Hitchcock’s 1972 “Frenzy.” Chilling, string-driven music accompanies the violence. But the camera dollies back from the POV and we see a screen; this is a film within a film, and the music is being provided by an actual orchestra. We’re in a large recording studio during a film-scoring session. Nice. Once the conductor breaks up the session, we meet the pianist Sofia, played by Natalie Dormer, who co-wrote the film with its director, Anthony Byrne. (The two are married.) Sofia is blind, and following the session, Byrne does a resourceful job of not evoking her sightless world but of demonstrating how Sofia negotiates it. The upshot being that she’s rather self-sufficient.

Once at her apartment building, she runs into Veronique, a neighbor. Played by Emily Ratajkowski, who speaks in an accent that’s as outlandish as it is geographically unidentifiable, the character is plainly an extrovert. She thanks Sofia for agreeing to play at “my father’s benefit,” and when asked by Sofia about the perfume she’s wearing tells her it’s her little secret.

At this point the movie shifts gears. Sofia’s night of unusual dreams gives way to a following day conveyed in a speedy, disconcerting montage, during which Sofia trips on the stairs of her building, brought low by a short scarf of Veronique’s that’s fallen off the woman. Offering the scarf back to her neighbor in the lift, Veronique instructs her to keep it. Then she reveals that her scent is “Liquid Gold.” Now this bit of information turns out to be a plot point, but I wonder if the phrasing would have stayed put if anyone had told Ms. Dormer and Mr. Byrne that in the United States the phrase is used in the advertising for Velveeta Cheese.

Later that evening, Veronique falls to her death. Or was she pushed?

At this point there’s still a chance that the movie will be an interesting and perhaps Hitchcockian thriller based on the premise of a murder heard but not seen. But Byrne and Dormer have something far more ambitious in mind. Hints of which start cropping up as Detective Mills (Neil Maskell) begins making inquiries. Sofia claims not to have been aware of Veronique’s’ surname; and yet, she is scheduled to play at a benefit held by her father, whose surname she surely knows.

That father, it happens, is named Radic, and is a Bosnian businessman in London who’s likely on the verge of being busted big time for war crimes. And there is the rub. As we see Sofia receiving single cards filled with braille messages in her mail box, and her burning them after reading, we get the sense that she’s not just a musical whiz minding her own business.

It’s here that the movie reveals its more expansive ambitions. And I think it bites off more than it can chew. The evocation of Bosnian war crimes is on the glib side, I think. And as much as the narrative wants to construct Sofia as a punishingly strong woman, the movie goes against that by having her get rescued by Batman at least twice. Okay, it’s not really Batman, but the whose-side-is-he-on hunk played by Ed Skrein gets to do his thing in scenes that sure look like Christopher Nolan homages. And finally, the movie’s approach to violence, offering moralistic portentousness in tandem with what sure feels like sadistic relish, suggests that its makers have been watching too much “Game of Thrones.” (N.B., that last line was a jest. I know that Ms. Dormer is famed for her work on that show. Saved you a comment there.)

That said, I did find myself wishing that all films this narratively misguided were so directorially sure-footed. Makes getting through them a lot less painful. 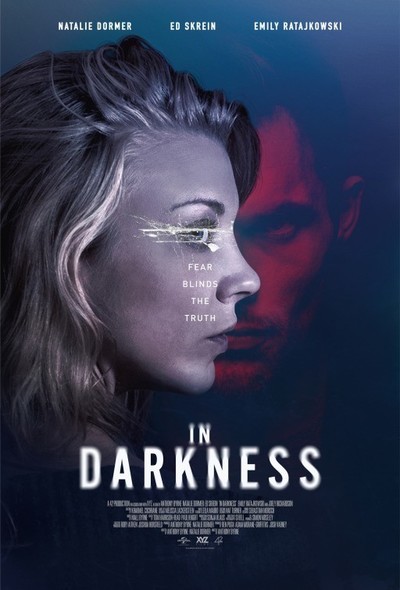 Michael Bott as The Composer