I Wish I Knew

Even if you are an enthusiastic follower of the work of Chinese director Jia Zhangke, you may want to bone up on some Chinese history before seeing “I Wish I Knew,” a documentary he made in 2010 which is only now being released here. The director is known for deliberate, pointed examinations of life in various parts of China over different periods, generally ending up in the present day or even in the future (as in his 2015 picture “Mountains May Depart”).

Made between his sublime “24 City” (2008) and his angry, violent 2013 “A Touch of Sin,’ “I Wish I Knew” takes its title from the American songbook standard, here heard as sung by U.S. crooner Dick Haymes, while a group of contemporary Shanghai senior citizens are seen dancing to it. But that’s the only piece of Western music heard in the movie. Except for a stray reference here and there to individuals emigrating to the U.S., the movie stays in Shanghai. This is in a respect out of necessity: the movie was actually commissioned by the Shanghai Expo for screening there. It shows how far the filmmaker had come in terms of acceptance that he was hired for this; his early features, independently financed, were invariably banned or at least shadow-banned by the government for their frankness about the conditions of its contemporary characters.

“I Wish I Knew” is not a conventional celebration of Shanghai, however. The filmmaker mixes at-length reminiscences with older residents with contemplative, beautifully framed views of sections of the municipality, taking in both its urban sprawl and some of the more distinguished details of its architecture. Often walking through these settings is Tao Zhao, the incredible actor who has been consistently featured in Jia’s films since 2000’s ”Platform” and whose work in 2018’s “Ash Is The Purest White” was a highlight of the last decade in cinema.

The stories feature gangster and revolutionaries, accidental stumblings into high finance and tragic losses of love. There’s a good deal of material on Shanghai’s film history. The Taiwan film master Hao Hsiao-Hsien appears, discussing his 1998 masterpiece “Flowers of Shanghai,” set in that city in the 19th century. He recalls a fruitless search for locations and atmosphere in then-contemporary Shanghai, and being overwhelmed by the ever-changing city. He wound up doing the whole film on sound stages. Rebecca Pan, who acted in that movie, also appears, and is shown as she was seen in Wong Kar Wei’s “Days of Being Wild.” The movie mixes interview footage with archival footage, but there’s no news footage of unrest, which shouldn’t be a mystery given the state-run media. Instead, the anecdotes are given context or ironic commentary through glimpses of propaganda movies or snippets of government-approved pop culture. But if you don’t have a firm grip on 20th century Shanghai history, a lot of this will be lost on you. And I’ll admit, I wasn’t exactly nodding in recognition of all the allusions throughout, myself.

In the last 15 minutes, some younger Shanghai residents chime in, including the actor and director Han Han, but the film seems far less engaged by them. This particular cinematic boat prefers to be borne back ceaselessly into the past, which as we know is another country unto itself. Even without access to all that it references, “I Wish I Knew” functions as an admirable cinematic tone poem about a place and its times. 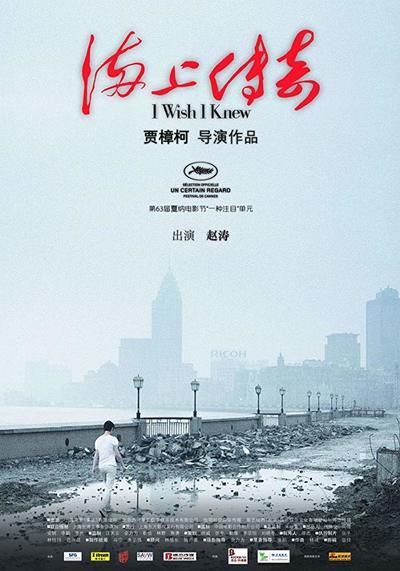 Hou Hsiao-hsien as Himself