I Give It a Year

Watching "I Give It a Year," a new romantic comedy directed by Dan Mazer (he also wrote the screenplay), is a bizarre experience. It's not romantic in the slightest, and it is quite comedic on occasion, but the parts don't fit together at all. It jerks along on its own jagged trajectory, with a silly soul dying to burst through and take over but never quite succeeding, and the end result is truly strange. "I Give It a Year" is clearly not interested in the common clichés of the genre, although said clichés are present and acknowledged. The title alone clues us in to the film's attitude about the marriage in question. The cast is terrific (from the leads down to those who have one or two lines), and there are a couple of sequences that made me laugh out loud, but the movie as a whole is baffling.

The opening sequence shows a montage of a whirlwind relationship between Josh (Rafe Spall) and Nat (Rose Byrne). They marry seven months after their first meeting. During the wedding ceremony, the priest has a coughing fit before he can say the words "husband and wife," and Minnie Driver, who gives a deliciously bitter performance as Naomi, Nat's sister, murmurs to her husband, "I give it a year."

Surrounding the couple is a merry band of characters from the rom-com playbook. There is Danny, Josh's best friend, played by Ricky Gervais's long-time creative partner, Stephen Merchant. Danny brings the "inappropriate best man speech" to a new level of awkwardness, and you have to wonder about Josh's character that he would choose such a moron as a friend. Naomi and her husband (Jason Flemyng) live in a coiled state of mutual disdain. When Nat asks her sister for marriage advice, Naomi says with a supportive smile, "Embrace the hatred." Josh's ex-girlfriend Chloe (played by Anna Faris) is an American ex-pat who works for a charity fighting epidemics in Africa. Josh and Chloe have remained friends, although the dismayed look on Chloe's face during the wedding reception is eloquent of unfinished business.

Josh is a novelist. He can't seem to finish his next book and spends his days lying around playing video games. Nat works as an executive in an ad agency, and is competent and driven. There is a class critique in the film. Nat says to someone that she was accustomed to driving Ferraris, and Josh represents a "Volvo," and, rather despicably, "I just needed to be behind the wheel of a Volvo for a while." There is no honeymoon period. Instantly upon getting married, Nat seethes with resentment about toilet seats being left up and who takes out the trash. Before Nat and Josh reach their one-year anniversary, they are in couples counseling, a device used to frame the storyline. As artificial as the device is, Olivia Colman is hysterical as the embittered man-hating couples counselor.

Through her job, Nat meets Guy, another American, who is looking to re-brand his cleaning-products company. Guy is played by Simon Baker, who breezes through the film with the same ease and insistently romantic leading man energy that he brought to the wonderful and under-rated "Something New." Nat does not inform Guy that she is married; in fact, she takes off her ring in his presence. She thinks flirting with him might help her nail the account, but also, the man is handsome, urbane and seems to "get" her. He's a Ferrari, in other words. Guy proceeds to court her in a ridiculous scene involving a wandering violin player, and two fluttering white doves who, unfortunately, are flying around in a room where there is a huge whirring ceiling fan. Disaster ensues. Guy and Nat begin a wild flirtation, and Josh and Chloe find themselves drawn to one another again. Nat and Josh decide to set up Guy and Chloe on a date, because that would be a good idea, right? The couples double-date, all while throwing longing glances diagonally across the pool table.

The violins-and-doves scene, indeed the entire film, might have had potential, if the moviemakers had felt free to be truly silly. Silliness is not a bad thing. I wish more movies felt free to be silly. "I Give It a Year" wants to be silly, and the performances are often extremely silly, but it also wants to be touching, and that is its fatal flaw. The story is really akin to a French farce, with adulterous couples running in and out of rooms, slamming doors, mistaking identities left and right, and behaving horribly. Sentiment has no business intruding in such a brutal comedy of manners.

Despite all of the problems with the film, the cast is good, Anna Faris in particular. Anna Faris has the sensibility of a Madeline Kahn, whose ability to transform herself was directly related to her uncanny ability to understand the tragic/comedic underpinnings of almost everything she did. Faris is unrecognizable here, with long brown hair, and baggy clothing. She manages to bring a unique spin to what could have been a drippy character, the earnest do-gooder. Josh's sudden marriage sucks for her, but she does not think it good form to whine about it. She sits on her couch, wearing a Sponge Bob Squarepants bathrobe, trying to be a good sport as he tells her about his marriage. Faris is a character actress, end-stop, and her work is always interesting, exciting even.

Rafe Spall, who played the drunken Will Shakespeare in "Anonymous," takes what is also a cliché (the useless husband who lies in the apartment all day), and does some interesting things with it. He is awkward; he has a way of muttering things to himself which reveal his real thoughts and then backtracking wildly when someone overhears. His sense of inferiority with his uptight in-laws is acute and causes him to behave like a blurting lunatic in their presence (one scene of charades is enough awkwardness to last a lifetime, not to mention a slideshow of photos that goes horribly, horribly wrong). It's difficult to believe that he is an author who has actually published a book. He doesn't seem to do anything, think anything, desire anything. Even his desire for Chloe is lukewarm. You get the sense that Chloe would be better off cutting herself loose from this entire crowd. She deserves better. So do we. 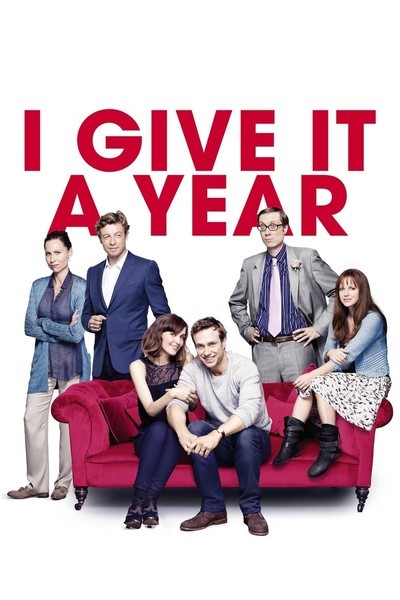