One man’s determination to keep his life completely old-school proves utterly ruinous in “Hunter Hunter,” a movie written and directed by Shawn Linden. Devon Sawa plays Joe Mersault, a trapper whose nuclear family—wife-of-saintly-patience Anne (Camille Sullivan) and eager if occasionally queasy student of the traditional ways tween daughter Renée (Summer H. Howell)—live off the land in a cabin in some deep Northern woods (the movie was largely shot in Manitoba).

The most modern equipment they seem to own are a set of walkie-talkies. Renée is home-schooled. Since the family doesn’t seem to own a computer, we don’t know if Joe is QAnon curious or not. (Given that one character shows up in the movie with a cassette Walkman with him, it’s a little ambiguous as to when the movie is actually set, although the odds of this character being an affected retro dude are pretty good, too.) Joe mainly sticks to hunting and showing Renée how to skin their catches, which include muskrats, beaver, and raccoon, some of which apparently make good eatin’. When the season is not fecund, the family goes hungry.

Soon after the movie opens, there’s another challenge. A very hungry rogue wolf, one that apparently screwed up Joe’s hunting some time before, is back, and it’s up to some nasty stuff. In the movie’s first half hour Renée is keen to help her dad with the hunt for this malefactor, while Anne seems more interested in using this circumstance as a pretext to get the hell out of Dodge, buy a house where the normies live, and send Renée to an actual school, etcetera.

The wolf manifests itself, and is terrifying, but that’s not where the story settles; nor does the picture get much traction from the Mersaults’ domestic concerns.

What happens is, during his pursuit of wolfie, Joe comes upon a super-grisly crime scene. The corpse-littered forest clearing is a tableau no wolf could have created, unless this wolf has opposable thumbs with which to tie one of the dead folks to a tree. Mersault, operating under his own peculiar logic, declines to notify the authorities, and instead decides to stalk this killer on his own.

Contacting the authorities might not have done much good: as a couple of lackadaisical rangers explain to Anne when she goes down to the station after Joe goes missing, they don’t have “jurisdiction” in the area Anne’s pointing them to. And in addition, they say, the Mersaults ought not be living there anyway.

Soon a complication arises: Anne finds a bleeding man among the trees near the cabin, and she drags him inside. The wounded guy is played by Nick Stahl, so you immediately know that his character is on the up and up. Ar ar ar.

The sense of dread Linden wants to create may creep up on different viewers at different moments. If you have a hard time watching dead animals get skinned, and watching the skinner hang some of the animal’s wet, dripping innards on a line, you’re gonna be queasy from the get-go. While director Linden handles most of the constituent parts of the picture reasonably well, one sometimes wonders just what makes this film necessary.

The answer comes with the ending. It’s clear the final minutes of the movie represent the only real idea Linden had for it, and that he retconned the remainder for the purpose of building up to the scene, which has been called “jaw-dropping” but was, to my mind, merely morally vacuous and gross. The movie’s antecedents—which include “The Texas Chain Saw Massacre,” “Manhunter” and even the meretricious  “I Spit on Your Grave”—had a more tenable sense of genuine humanity than this one. I like cheap exploitation as much as the next guy, but not when it tries to disguise itself with transparently insincere humanist indie trappings.

Now available in select theaters, on digital, and on demand. 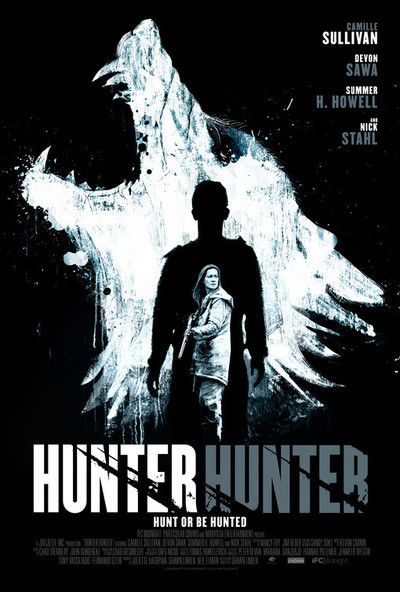